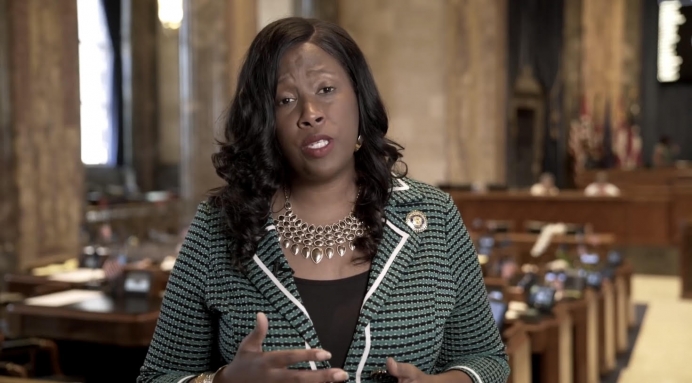 Democratic Senator Katrina Jackson: The Supreme Court ‘has ignored the cries of women’

(Live Action) Katrina Jackson, the Democratic Louisiana State Senator behind the “Unsafe Abortion Protection Act,” is speaking out about the Supreme Court of the United States’ decision to strike down that law in their June Medical Services v. Russo ruling. Calling the majority 5-4 ruling a “tragic decision” in an op-ed for USA Today, Jackson said she is shocked by the lack of concern for the women of Louisiana’s health and well-being.

Jackson wrote that the SCOTUS ruling puts “the interests of for-profit businesses ahead of the health and safety of women….” She noted that Delta Clinic of Baton Rouge has “a decades-long history of unsanitary conditions and substandard medical care that most recently led to a woman requiring a full hysterectomy following an incomplete abortion.” The abortion facility did not have IV fluids available at the time of this abortion and the patient required four units of blood over three days at the hospital. The worst part, however, was because abortionists are not required to have admitting privileges at area hospitals (as is required of every other ambulatory surgical center doctor), the patient was essentially abandoned by the abortionist who injured her.

Jackson referred to this as a “loophole” in the laws of Louisiana, and it is a loophole she is determined to fix.

“My desire to author the legislation came from listening to the stories of women hurt by abortion as I sat on the Louisiana Health and Welfare Committee and placing myself in their shoes,” she explained. “As I listened, I learned that the women of Louisiana were suffering because of the negligence of medical professionals and deplorable conditions at our state’s abortion facilities.”

Rather than accompanying an injured patient to the hospital to ensure continuity of care, an abortionist who injures a patient calls 911 for an ambulance and then abandons the patient to the ER staff who then must reassess the patient to determine her injuries and decide on a plan to help her.

“For Louisiana women, that is simply unacceptable, and despite the decision this week, I will continue to work to protect women from shoddy medical care.”

Injuries will occur during abortions. That is a fact that cannot be disputed. How those injuries are handled and those women helped, however, is apparently not of concern to the justices who have struck down this law. These women deserve the same protections as every other woman undergoing any other outpatient surgical procedure in the state of Louisiana. The fact that these women are undergoing abortions does not make them less worthy of protection than other women. They should not be treated any differently, and that is what this law would have ensured.

“Sadly, I’ve watched in disbelief as Louisiana’s abortion businesses prioritized themselves over the health of their patients by refusing to listen, as I did, to the cries of women suffering at their hands,” wrote Jackson. “Now the highest court in the land has ignored their cries too, and I find this especially shocking during a time when America is making strides to provide better access to health care.”

Tweet This: Sadly, I’ve watched in disbelief as Louisiana’s abortion businesses prioritized themselves over the health of their patients-Katrina Jackson