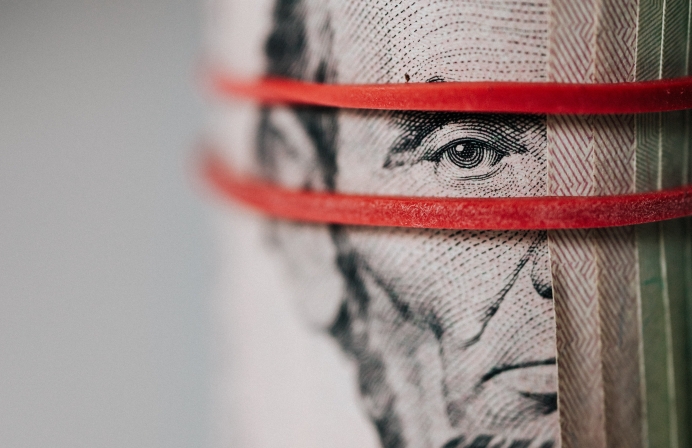 It was sad enough that many companies covered abortion in their health plan, but now at least 56 companies have expanded their benefits to include abortion travel costs.

What’s behind the move to cover abortion travel expenses? Is the motivation wokeness or virtue signaling? Or is it more about keeping women employees on the job rather than having them take off time or leave altogether because of a new baby?

While several of these companies have stated their interest in the matter is supporting women's "choices" and "health care," the question has been raised of whether profit is the motivation.

The issue has also brought maternity leave and reimbursement for adoption travel expenses into the spotlight.

Pregnancy Help News reached out to Hewlett Packard, Estee Lauder, Uber, and Proctor and Gamble, inquiring if travel and expenses for giving birth to a child or adopting one is covered for employees.

Ohio Republican Senate candidate J.D. Vance was among those who commented on companies paying for women to travel out of state to abort their children, stating to Newsweek, "If your worldview tells you that it's bad for women to become mothers but liberating for them to work 90 hours a week in a cubicle at the New York Times or Goldman Sachs, you've been had."

Kelsey Bolar, senior policy analyst at the Independent Women’s Forum, told the Daily Caller that some companies push abortion for women because it is easier to pay for than health care, maternity leave, or a child’s healthcare benefits.

“None of these companies are putting out press releases explaining what they’re doing in light of Roe to support working mothers,” Bolar continued. “This is not pro-woman. It’s anti-mother.”

Many companies on the abortion coverage list are not offering anything to support a family adopting a child.

Yet companies such as Netflix are now stating they'll cover abortion travel up to $10,000.

Florida Senator Marco Rubio (R) has introduced a "No Tax Breaks for Radical Corporate Activism Act," which would prohibit employers from deducting expenses related to their employees' abortion travel costs.

"Our tax code should be pro-family and promote a culture of life," Rubio said in a statement quoted by Newsweek.

A list of 56 companies was posted by The Washington Stand. That list includes Macy's, Zillow, Kroger, Chobani, Google, and American Express.

“We’ve long been a strong advocate for equality in the workplace and believe that gender equality cannot be achieved if women’s healthcare rights are restricted,” Yelp Chief Diversity Officer Miriam Warren said in a statement.

Fox News host Tucker Carlson said recently that companies paying for abortions are "against families," and only doing so out of their own financial interests.

“Notice that it's abortion that is the red line for them,” he said. “Abortion? Of all the issues, why is that so important to them? Well, of course, employees without families are much cheaper for the company."

"It's much cheaper to pay for an abortion than it is to pay for maternity leave, or an extra name on the insurance policy," Carlson said. "So, it's all about the money for corporate America. It always is. Families are bad for big corporations. Therefore, they're against families."

Tweet This: It's much cheaper to pay for an abortion than for maternity leave or an extra name on the ins policy. Families are bad for big corporations.

Carlson, Vance and Bolar were joined in their assessment by Daily Wire's Matt Walsh.

“Billion-dollar corporations offering to pay for their employees’ abortions so that they can get right back to their cubicles and not miss any time on maternity leave is honestly the most dystopian thing I’ve ever seen," Walsh pointed out. “Really chilling stuff.”

Meanwhile, one company is rejecting the abortion coverage trend.

Buffer Insurance announced a new initiative, the Daily Wire reports stating they are happy to cover medical expenses involved in having a child and travel expenses to adopt a child. While the small Texas company has not been well known to date, that may change, as pro-life supporters look for alternatives to companies that subsidize abortion.