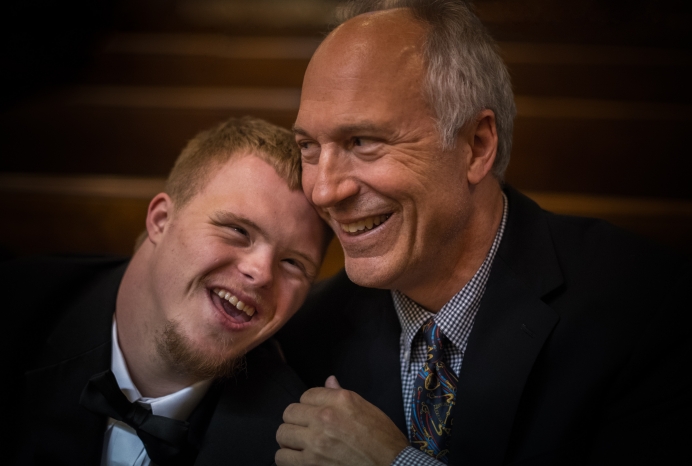 (CNA) A Catholic-run healthcare practice in Colorado has announced that it will partner with a major foundation based in Paris to bring specialized medical care to adults with Down syndrome.

Bella Health & Wellness, a practice based in the Denver suburb of Englewood, Colorado, announced at a Dec. 3 fundraiser that they will partner with the Jerome Lejeune Foundation, a French organization named for the pro-life doctor who discovered the genetic cause of Down syndrome in the 1950s.

Dede Chism, Bella’s co-founder and executive director, told CNA that the Lejeune Foundation was looking to partner with a medical practice in the United States that shared their ethos.

Named for Servant of God Jérôme Lejeune, a French pediatrician and geneticist, the Lejeune Foundation aims to provide research, care, and advocacy for people with genetic intellectual disabilities. The foundation currently operates the largest medical center for people with Down syndrome in the world, located in Paris.

Bella opened in December 2014 as a non-profit medical practice, founded by Chism and her daughter Abby Sinnett, both of whom are nurse practitioners, with the goal of taking a holistic approach to caring for women in mind, body, and spirit.

The practice is run in full alignment with Church teaching, although it attracts non-Catholics as well, particularly those drawn to the clinic’s natural and scientific approach. Some areas of focus for the clinic include obstetrics, annual exams, gynecology, infertility treatment, menopause care, and abortion pill reversal.

Over the years, the practice has expanded its scope to offer care for men and children as well as for women, with services such as well child check ups, management of chronic illness, and COVID-19 testing.

One of the important facets of Bella’s work is care for pregnant mothers, and Chism said they are already adept at meeting the medical needs of mothers who are carrying babies with Down syndrome.

The new partnership will enable Bella to care for adult patients who have Down syndrome, she said. Bella will help Lejeune learn more about how medicine in the United States works, while the Foundation’s knowledge of how to care for people with Down syndrome, passed on to Bella’s staff through mentorships, will greatly benefit Bella’s medical practice.

“We know that there is an identified need, and we are going to be there to fill it,” she said.

Chism said they expect to begin serving their first patients with Down syndrome on March 21, 2021. March 21 has been marked as World Down Syndrome Day by the United Nations since 2012.

Dr. Lejeune, a devout Catholic, discovered the genetic cause for Down syndrome— an extra copy of chromosome 21— in 1958.

He spent the rest of his life researching treatments and cures for the condition— also known as trisomy 21— advocating strongly against the use of prenatal testing and the abortion of unborn children who were found to have Down syndrome.

Chism commented that before Lejeune’s discovery, people generally thought there was  something “missing” from people with Down syndrome, but Lejeune found that there was “nothing missing at all.” Rather, “God chose to write a second sentence in the DNA of Down syndrome people.”

Keith Mason, executive director of the Jerome Lejeune Foundation USA, told CNA that the foundation chose Bella as their first medical practice partner in the United States because of a shared reverence for the dignity of the human person.

Denver is already home to the Anna and John J. Sie Center for Down Syndrome at Children’s Hospital Colorado, as well as the Global Down Syndrome Foundation, a major advocacy organization.

The new partnership with Bella hopes to expand options for medical care for adults with Down syndrome.

Mason said he fully expects Bella to attract interest from patients across the country, just as their clinic in Paris attracts patients from across Europe and the world.

Mason's daughter Maria, who has Down syndrome, will be one of the first people to receive specialized medical care at the Denver clinic, he said.

“As we care for people with Down syndrome, they care for us. They minister to our hearts and show us what true joy is,” he commented.

Tweet This: “As we care for people with Down syndrome, they care for us. They minister to our hearts and show us what true joy is.”

Lejeune was a personal friend of Pope St. John Paul II. In 1994, the pope named him the first president of the then brand-new Pontifical Academy for Life.

Lejeune died of lung cancer on Easter Saturday 1994. His canonization cause was opened in 2007.

Madame Berthe Lejeune, Dr. Lejeune's widow, has said her husband was heartbroken that many doctors and governments used his discovery to “screen out” babies with Down syndrome, targeting them for abortion.

“He thought that all doctors would be happy to find research to cure them,” Madame Lejeune told EWTN Pro-Life Weekly in 2017.

“But sadly, all government[s], not only in France, said: oh, it's a wonderful discovery. You can detect these little sick children before they are born, and so take them away with an abortion.”

Madame Lejeune died in May 2020, also of lung cancer.

The UN Committee on the Rights of Persons with Disabilities has consistently criticized countries which provide for abortion on the basis of disability. In some countries, such as Denmark and Iceland, the abortion rate for babies found to have Down syndrome is close to 100%.

In the United States, there have been numerous attempts at the state level to ban abortions based on a diagnosis of Down syndrome.

Missouri lawmakers passed a law during 2019 that, in addition to banning all abortions after eight weeks, prohibits “selective" abortions following a medical diagnosis or disability such as Down syndrome, or on the basis of the race or sex of the baby. The law is currently blocked in the courts amid a legal challenge.

Ohio lawmakers attempted in 2017 to pass a ban on Down syndrome abortions, but a federal judge in 2019 blocked the legislation from taking effect.

At the federal level, the Down Syndrome Discrimination by Abortion Prohibition Act has been introduced in Congress, but has not yet been debated. The proposed law would ban doctors from “knowingly perform[ing] an abortion being sought because the baby has or may have Down syndrome.”