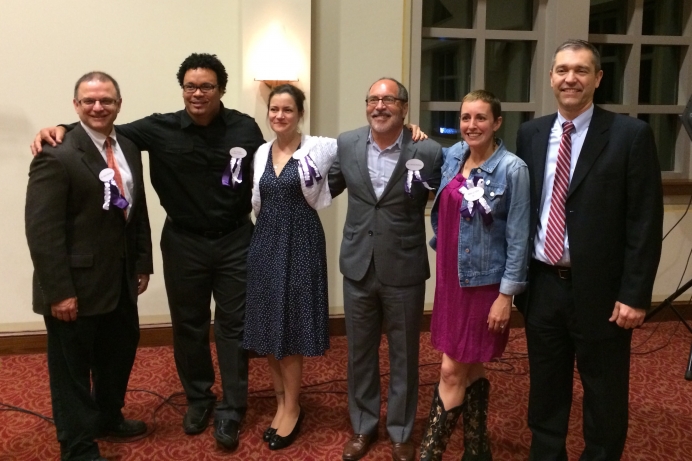 Standing on the sidewalk, praying for and attempting to counsel women as they approach the largest abortion facility in the state, Brice Griffin often sees license plates from Tennessee, Georgia, South Carolina and others.

With more than 10,000 abortions performed annually, Griffin is aiming to replace the abortion business in Charlotte with the new women’s center she’s working toward opening on the same street as that busiest abortion clinic, A Preferred Woman’s Health Center. The new venture she's spearheading would join a growing community of 18 pregnancy help locations in the Charlotte area, according to Heartbeat International's Worldwide Directory of Pregnancy Help.

Griffin wants to prevent the suffering and depression many women feel when they terminate their pregnancy. A suffering she has known since 1998 when she aborted her own child after discovering she was pregnant when she was 23 years old. Her then-boyfriend, a D.C. rocker, told her he’d “take care of it,” as he had before for another woman, and paid for the procedure with his band’s credit card.

“There was no women’s center next door. No sidewalk counselors. I suffered for many years with depression and suicidal thoughts,” Griffin said.

She agonized in silence for nearly a decade. It wasn’t until she heard a homily by nationally known Father Larry Richards about confession where he said pretty much that “if you’ve had an abortion, confess it. Your child is praying for you in Heaven.”

Griffin said she ran to confession, and a parish priest directed her to Rachel’s Vineyard, a ministry aimed towards healing from abortion.

“I had no idea so many suffered like I did. Once I realized how many people were out there hurting, I wanted to help,” she said. “I just jumped on the pro-life bandwagon full speed and I haven’t been able to slow down.”

Griffin, now a married mother of four, has been working toward opening a women’s center in Charlotte for some time, and she recently partnered with Stanton Healthcare to have the guidance of an established program instead of “reinventing the wheel by herself."

Inspired by human rights activists such as 19th-century suffragist Elizabeth Cady Stanton, Stanton Healthcare was started in 2006 in Boise, Idaho by Brandi Swindell. The clinic’s free pregnancy services in Idaho became so successful that the nearby Planned Parenthood moved its location away from the Stanton Healthcare center, Griffin said.

“That’s what we want to do here,” she said. “I thought I wanted this in Charlotte, near our abortion clinics. I thought it would be awesome to have that, especially with the Abortion Pill Reversal gaining momentum. When women walk out of the abortion clinic in tears, regretting what they’ve done, we’ll be there to help them.”

After a fundraiser for Stanton Healthcare/Charlotte Center for Women on April 23 in Charlotte drew about 100 people and raised more than $12,000, Griffin said they have enough money raised to sign the lease on an office space in a retail park near A Preferred Woman’s Health Center.

The largest facility in North Carolina does not offer any health care services other than abortions, A Preferred Woman’s Health Center performed a total of 5,610 abortions—3,985 surgical abortions and 1,625 medical/chemical abortions—from Oct. 1, 2013 to Sept. 30, 2014.

During the same reporting period, they reported two patients having to be taken to the hospital, according to the clinic’s 2015 operating license information.

Griffin said the next step toward making Stanton Charlotte a reality is training volunteers to be counselors. Dr. Matthew Harrison, who is believed to be the first doctor to reverse a chemical abortion, will be the facility’s medical director.

“I think there’s a real need for free prenatal care in the Charlotte area,” Harrison said. “Stanton Charlotte will give resources and services to the women going to the abortion clinic because they don’t have anywhere else to go. We want to have the same types of resources as a crisis pregnancy center, prenatal care and job training to help moms be able to support themselves and their families.”

The hours and services for the new Charlotte Center for Women will depend on volunteers, Griffin said. While they will start small with counseling, free pregnancy tests and being able to offer the abortion pill reversal kit, Griffin said she hopes the center can quickly expand to include ultrasounds, job training and other services.

Griffin said she hopes to have the center open soon and at least the same hours as the nearby abortion clinic, but doesn’t expect this center to take the place of the sidewalk counseling ministry.

“I’d like to see the new center open today. It’s going to depend on manpower and God’s will,” she said.  “I’ve spent so much time in prayer for momentum and support on this project. Now we have that momentum and I saw all the support at the fundraiser. I see those prayers answered. I’m ready and chomping at the bit to get started.”

Stanton has affiliates in Southern California, Ireland, and is working on expanding in Ghana, Africa, Detroit and Alabama as well. The goal is to make Stanton Healthcare as recognizable as Planned Parenthood, Griffin said.

Stanton’s vision, according to its website, “is to replace abortion businesses around the world because they believe that women and their families are entitled to quality, coercion-free care and compassionate alternatives to abortion.”