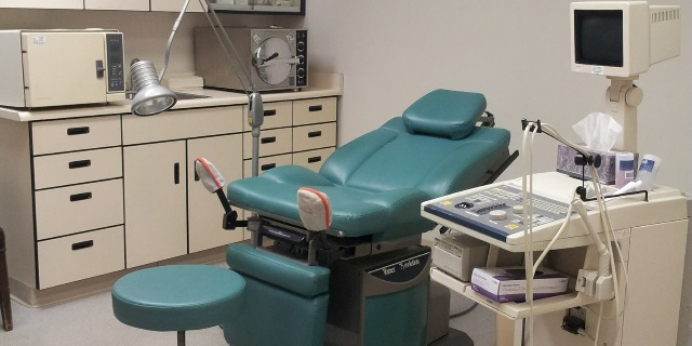 Center Director: "We cannot stand before God if we don't make every effort to make ultrasounds available."

Raising $300,000 in 90 days may seem like an impossible feat to most, but the folks at Lincoln County Crisis Pregnancy Center in Lincolnton, North Carolina are meeting the challenge head-on.

Almost two years ago, CPC of Lincoln County began pursuing the goal of becoming a medical center so it could begin offering ultrasound services, free of charge, in addition to all the other life-affirming services it already provides.

That long-term goal has resulted in a current challenge to raise almost twice the median annual operating budget of a pregnancy help center in just three months’ time.

"It is our immediate hope that we will reach more of our abortion-minded community by adding the ultrasound services," executive director Paula McSwain said.

When an ultrasound machine became available due to the downsizing of another center, CPC of Lincoln County jumped at the chance to purchase it. With a service contract still in effect and a price tag of $10,000, McSwain and her staff knew it was time to turn dreams into reality.

With the machine in place and a contract with a medical director on the horizon, CPC began to look for a building to house its growing services.

In September of this year, their search led them to Dr. John Chang, a recently retired obstetrician-gynecologist from the area. If CPC could come up with his asking price by Dec. 8, Dr. Chang was prepared to donate the entire contents of his building, which included exam beds, office furniture and office equipment valued over $48,000.

Priced $70,000 below tax value, McSwain knew she and her staff had to work fast to secure the $300,000 Dr. Chang was asking. They got to work and quickly organized a fundraising walk, Laps4Life, which was held October 10th.

Despite the chilly and rainy weather, almost 200 people turned out, raising a total of $16,700.

To continue its fundraising efforts, the center is hanging a 1,000 piece puzzle in the reception area of their new facility in honor of their donors. Each piece will represent a donation of $300, totaling the $300,000 needed to move into the new digs.

With the deadline just over a month away, the center has raised a total of $33,521 toward its goal. McSwain remains hopeful, however, that they will reach their ambitious aim en route to an ultimate goal: zero abortions.

Though there are no abortion providers in Lincoln County—which sits northwest of Charlotte—some of the county’s 78,000 residents are still turning to abortion outside the county.

In 2013, the county reported 814 pregnancies to the North Carolina Center for Health Statistics. Fifty-seven ended in abortion.

McSwain hopes the center’s new location and expanded services—possibly including STD/STI testing in the near future—will ensure that no woman in her county ever feels so alone or hopeless that she ends her child’s life through abortion.

A staple in the community for the past 15 years, CPC of Lincoln County served over 650 clients last year with free services including self-administered pregnancy tests, referrals for medical care and parenting classes.

“We have to become the first place that the abortion-minded woman turns so she can see her baby,” McSwain said. “If she crosses the county line for the purpose of having an abortion, the odds are against that baby ever being born. We cannot stand before God and offer any valid excuse for that, if we don't make every effort to make ultrasounds available to these women.”

You can help grow this life-saving outreach today. Visit www.CPCLincolnCo.com to donate.