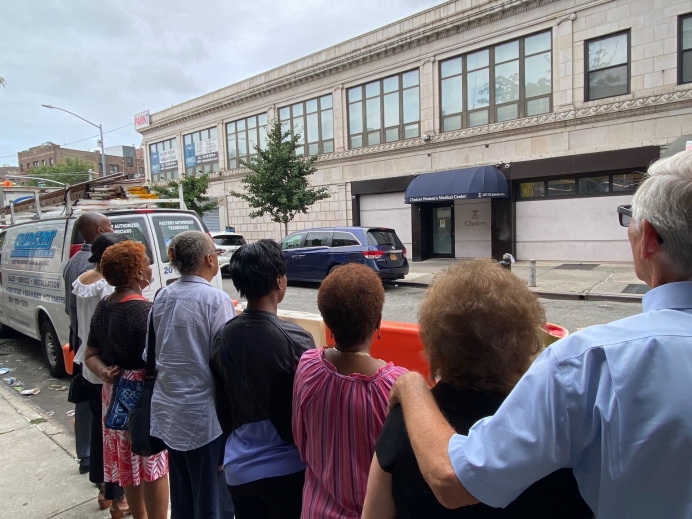 In a stunning reversal today (Aug. 26), the Second Circuit Court of Appeals upheld the rights of pro-life advocates to peacefully protest outside of a Queens, New York, abortion facility. The New York Attorney General’s office, under three consecutive attorneys general, falsely charged a group of peaceful pro-life supporters with making threats and harassment as they offered information on life-affirming alternatives to abortion bound women. Attorneys from the Thomas More Society represented ten members of Brooklyn’s Church@TheRock, including the pastor, Rev. Kenneth Griepp, against the unfounded charges and defended their First Amendment rights to counsel women approaching the Choices Women’s Medical Center.

“This is a great win, to be sure,” declared Stephen Crampton, Thomas More Society Senior Counsel, “but the case should never have been brought in the first place. It was always about politics, not justice. The New York Attorney General has wasted hundreds of thousands of dollars of taxpayer money pursuing bogus claims and persecuting law-abiding Christians. The real crime here is not the actions of the defendants, but the actions of the Attorney General in ever filing this case.”

Initially, the Second Circuit panel took a year and a half to rule in the Attorney General’s favor, overturning the district court decision. In an extraordinary order issued on May 28, 2021, the panel granted petitions for rehearing and vacated its opinion in the case of People of New York v. Rev. Kenneth Griepp et. al. But the panel then asked for additional briefing, and finally issued another opinion today affirming the district court opinion in all respects.

The case will now return to federal district court for a trial on the merits and consideration of some of the unanswered questions concerning the constitutionality of the New York City Access to Reproductive Health Care Facilities Act and the Attorney General’s right to even bring suit under that act.

The case against the peaceful pro-life advocates was initially filed in June 2017 by former New York Attorney General Eric Schneiderman, who charged the group under the state’s Freedom of Access to Clinic Entrances law, known by the acronym FACE. That FACE law is intended to prevent actual, intentional interference with access to a clinic by means of force, threats of force, or physical obstruction. Peaceful pro-life activity is specifically protected, just as it is in the federal Freedom of Access to Clinic Entrances Act.

When a sex scandal force Schneiderman out of office in May 2018, his replacement, Barbara Underwood continued the prosecution, which was assumed by her successor, current New York Attorney General Letitia James.

Thomas More Society attorneys argued that the case was without merit because it was actually an assault on the First Amendment rights of pro-life sidewalk counselors who had been coming to Choices Women’s Medical Center weekly since 2012, to peacefully speak with abortion bound women. Despite a lack of any evidence, the life advocates were falsely accused by Schneiderman of harassing and threatening women as they headed into the abortion facility.

Read the decision of the United States Court of Appeals for the Second Circuit issued August 26, 2021, in People of the State of New York v. Griepp et al. HERE.

Editor's note: This article was published by TC Public Relations and is reprinted with permission. The Thomas More Society is a national not-for-profit law firm dedicated to restoring respect in law for life, family, and religious liberty.