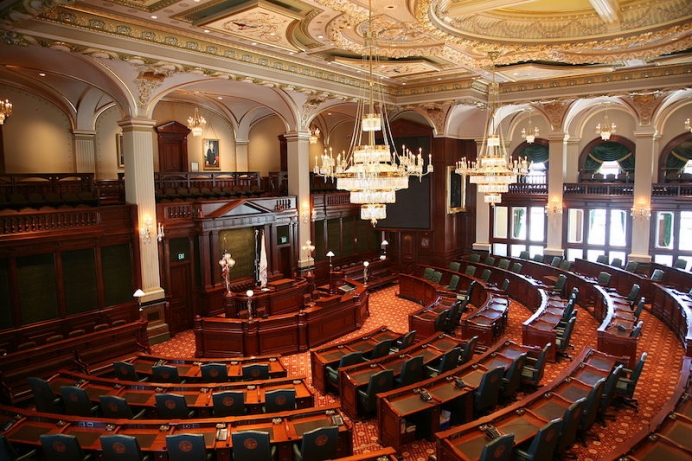 Illinois came one step closer to forcing its pro-life medical community to choose between violating state law and violating deeply held religious conscience Wednesday, as the state’s House approved Senate Bill 1564 and set the legislation on the governor’s desk.

The bill, which would introduce decisive changes to Illinois’ Health Care Right of Conscience Act, passed by a 61-54 margin and now awaits the signature of Republican Gov. Bruce Rauner.

Originally put forward in the summer of 2015, the legislation would require pro-life medical providers, including 51 Illinois nonprofit pregnancy centers offering free services including ultrasound and STI testing, to take action the bill’s opponents say amounts to participating in an abortion.

[CONTACT ILLINOIS GOV. RAUNER AND URGE A VETO ON SB 1564]

Particularly at issue is the bill’s requirement that every Illinois pro-life medical provider of any kind who chooses not to perform a procedure such as abortion or a prescription for birth control has one of three options: Either they must “refer the patient” to another provider, “transfer the patient” to another provider, or provide a list of “other health care providers who they reasonably believe may offer the health care service.”

One way or another, the law would compel pro-life medical providers in Illinois to participate in abortions.

Stripping pro-life medical providers of their freedom to hold to life-affirming beliefs and refuse to participate in abortion would have a far-reaching effect on Illinois women, Matt Bowman, senior legal counsel for Alliance Defending Freedom (ADF), said.

“This Amendment takes away the rights of Illinois women to be treated by a pro-life doctor, because it would force medical facilities and physicians who conscientiously object to performing abortions (and other procedures) to refer for, make arrangements for someone else to perform, or arrange referral information that lists willing providers, for abortions,” Bowman said.

“By violating the pro-life principles of pro-life physicians and medical organizations, the Amendment would deprive Illinois women of their choice of a medical provider that does not refer for arrange for abortions in any way.”

Bowman, who urged the pro-life community to contact Gov. Rauner’s office immediately (click here to contact Gov. Rauner) and ask him to veto the legislation, has helped spearhead the opposition to SB 1564 since 2015, drafting a letter to the state Senate, in which he stated ADF’s intention to oppose the law in court, if needed.

[CONTACT ILLINOIS GOV. RAUNER AND URGE A VETO ON SB 1564]

“We’re seeing a renewed sense of vigor and vitriol directed at life-affirming professionals, practices and pregnancy centers,” Jor-El Godsey, president of Heartbeat International, said. “No woman should ever be compelled by her state to consider abortion as her only option in an unexpected pregnancy, and that is exactly who will suffer because of this legislation.”

While pregnancy help organizations counsel clients and patients on such facts as the baby's development, and the physical and psychological dangers of abortion, the proposed legislation's inclusion of a requirement to counsel on the "benefits" of abortion has also raised concern among pro-life opponents to the bill.

"We have over 100 pregnancy help centers for women in Illinois that are supported by private donations and run by people who selflessly give their time to help women in an unplanned pregnancy," Emily Zender, executive director of Illinois Right to Life, said. "This bill would destroy the pregnancy centers forcing them to violate their own mission and jeopardize women's health. We strongly urge the Governor to veto this bill."

In addition to contacting the governor's office directly, Illinois Right to Life is building a petition at ProtectMyConscience.org.