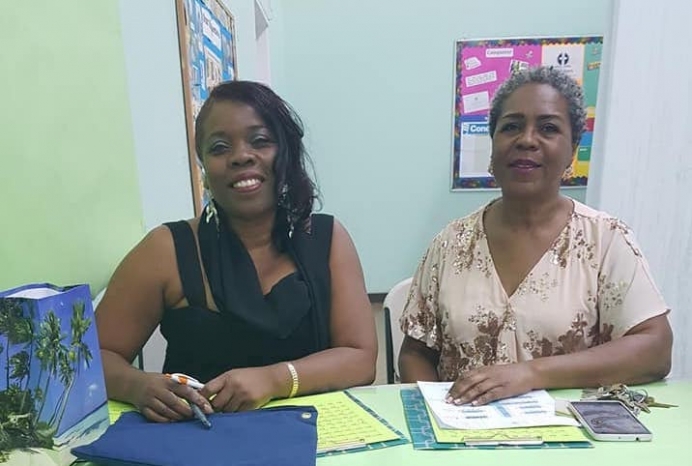 Gasps rippled through the crowd at the first-ever banquet held by Bahamas GodParent Center in Nassau. And it wasn’t a response to the sight of gleaming silver and crisp, white tablecloths topped with fresh greenery—these were reactions of shock.

For many attendees, the event—held in late 2017—shed disturbing new light on their island nation. Though abortion is technically illegal there, the Bahamas see hundreds of abortions annually. It may be thousands. No one knows for sure.

And some of those abortions masquerade as “medical treatment.”

Guest speaker Brian Moree, who serves as one of four executive branch-appointed Queen’s Counsel lawyers in the nation, described the situation:

“The official answer is that abortion in the Bahamas is illegal,” he said, quoting a penal code that states, “Whoever willfully or intentionally causes an abortion or miscarriage shall be liable to imprisonment for up to ten years.”

Tragically, that’s only half the story, Moree said.

“The law of this country has a massive loophole in it,” Moree said. “And it is the basis upon which literally hundreds—some would say thousands—of abortions occur in this country every year.”

That loophole, Moree went on to point out, declares “justifiable” any “medical or surgical treatment of a pregnant woman . . . although it causes or is intended to cause abortion or miscarriage or premature delivery or death of a child.”

Because it stops short of clearly defining a “medical or surgical treatment,” the law, in effect, throws the door wide open to abortion. That dynamic—which would shock many citizens in the Bahamas—is common knowledge among the medical community.

“Speak to nurses in hospitals, and you will appreciate this is a Bahamian problem,” Moree said.

But even as Moree pulled back the veil to expose the prevalence of abortion for the first time for many attendees, two young women told their own stories at GodParent Center’s banquet—further shattering common misconceptions about abortion in the Bahamas.

As a pre-med student, Stephanie had become pregnant just before graduating from college in Minnesota. She unsuccessfully sought an abortion in that state, and again in State College, Pa., after she transferred to Penn State.

Through the center’s help, Stephanie decided to preserve her baby’s life. At that point, she knew she would have to return home to the Bahamas to give birth. As she prepared to return to her home country, the staff at Pregnancy Resource Clinic used Heartbeat International’s Worldwide Directory to refer her to GodParent Center.

Two months after she came back home, Stephanie—who’d doubted a similar pregnancy center could actually exist in her own country— finally contacted Darville to get the support she needed to give birth to her son.

Following Stephanie’s testimony, a second client, Crystal, described the Bahamas’ underground abortion industry from tragic personal experience, pointing out that many women abort their babies in the back rooms of the same shops where anyone might go to buy cough syrup.

For an audience whose financial resources are already stretched by efforts to rebuild after two devastating hurricanes, the response was swift and strong from attendees at GodParent Center’s banquet.

One woman who already volunteers at the center cried for 15 minutes after hearing the pre-med student’s story. It was so much like her own.

“She looked at her own daughter and thought, ‘Look at her now,’” Darville said.

Another woman, after hearing the post-abortive client’s story, is now considering heading up the center’s post-abortion recovery program.

“The pastors were literally saying, ‘Lord, help us, please forgive us,’” Darville said. “They told me, ‘We have to figure out how we can get behind you all more.’”

In addition to the response from pastors and volunteers, it was the first time GodParent Center had been able to reach into the local business community and rally support from local bankers, accountants and educators.

“We are already getting more calls, more interest in who we are and what we're doing,” Darville said. “So we realize that it was a seed being planted, or a drop in the water and now we're seeing the ripple effect.”

Among those stepping forward to help expand the work of GodParent Center are neighbors on other Bahamian islands. Even prior to starting GodParent Center in February of 2015, one of Darville’s goals has long been to establish satellite pregnancy centers on each island in her country. Talks are underway to start a location on Abaco, an island on the northern end of the archipelago.

“They're committed to allowing us to open an office within the church,” Darville said. “We’re looking at how to get that running on that particular island. That will be our first satellite office. We'll need someone on the ground to manage a 24-hour-hotline.”

Meanwhile back at the center in Nassau, hurricane relief is becoming part of GodParent Center’s ongoing services, particularly after Hurricane Maria swept through the region in 2017. Aided by local Kiwanis clubs and a wholesaler, the center’s Earn While You Learn boutique is being expanded to include a food bank.

“After the hurricane, we had clients asking us for groceries,” Darville said. “So we're trying to make sure we're meeting the needs they have.”