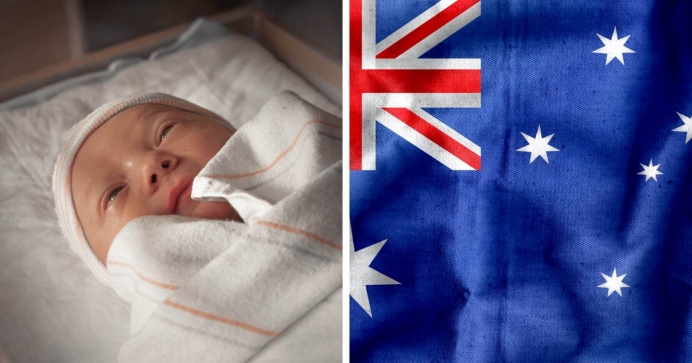 (Right to Life UK) An Australian MP has drafted a Bill which would make it a legal obligation to provide medical care for babies born alive following an abortion.

Currently in some Australian states, there is not a legal requirement to provide medical care to a baby that has been born alive following a failed abortion and they can be left to die.

In 2016, an ABC News report showed that Queensland Health confirmed that in such cases, life-saving care is not rendered to the baby after a decision to terminate is made and it is left to perish in the clinic.

The Human Rights (Children Born Alive Protection) Act 2021, being advanced by George Christensen, MP for Dawson in Queensland Australia, states its purpose “to protect children born alive (including as a result of terminations), and for related purposes”.

In the state of Victoria, of 310 late term abortions (after 20 weeks) 33 babies were born alive and subsequently died. These deaths were recorded as “neonatal deaths” rather than death by abortion.

In 2008, a UK report found that 66 infants were born alive after NHS terminations in one year. The majority of those 66 babies took over an hour to die.

In the state of Victoria, scores of babies have been left to die after being removed alive during a number of ‘failed’ terminations, according to one official review.

The review reported that in 2011 there were 40 ‘terminations of pregnancy’ after 20 weeks ‘resulting in live birth’. While these figures are comparable in scale, Victoria’s population of 5.5 million is just a tenth of Britain’s.

Christensen has argued that this practice was in conflict with Australia’s international agreements. He said: “[W]e also have international obligations under the International Convention of the Rights of the Child, and in that international convention, which we have signed up to, it states in Article 6: that ‘State parties (which includes Australia) recognise that every child has the inherent right to life’”.

The Bill is currently being drafted and Mr. Christensen is currently attempting to persuade the Prime Minister, Scott Morrison, to allow this to go to a vote during this term.

“As soon as you’re born live, you are entitled to all of the same rights and privileges as any other Australian citizen.”

Christensen is not the first MP to call for an end to this practice. In 2018 in Western Australia, MP Nick Goiran, speaking of 27 babies born alive after abortions, said is was “statistically inconceivable” that none of the babies could have been saved and gone on to live a normal life.

He added: “As soon as you’re born alive, you are entitled to all of the same rights and privileges as any other Western Australian citizen”.

Tweet This: “As soon as you’re born alive, you are entitled to all of the same rights and privileges as any other Western Australian citizen.”

“The fact that the abortion resulted in a live birth doesn’t mean that you have less rights and privileges [than] any other prematurely born baby”.

In 2008, a UK report found that 66 infants were born alive after NHS terminations in one year. The majority of those 66 babies took around an hour to die, with one surviving and breathing unaided for 10 hours.

Right To Life UK spokesperson, Catherine Robinson, said: “There is no defence of this cruelty. The fact that this legislation will surely be resisted though does reveal what abortion is all about. It is not about the right ‘not to be pregnant’. If that were the case then, following a abortion where the baby is born alive, care could be provided to the child. The very fact that medical care is not provided and that these children are left to die reveals that the whole purpose of the abortion is to end the life of the child, and not simply that the child’s mother not be pregnant”.

“Mr. Christensen put it best when he said: ’Young babies are dying across this country and it needs to stop’”.