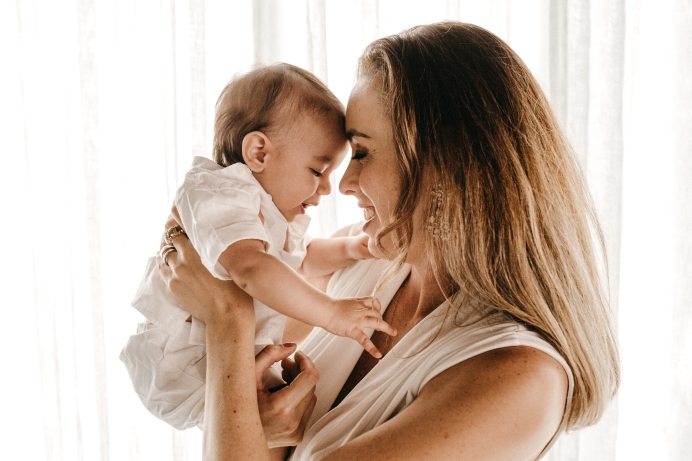 America is readier than ever to repeal Roe

(The Daily Signal) In 1983, the last effort by pro-life forces to pass federal legislation providing full protection for the unborn failed on the floor of the U.S. Senate. Stunned by this defeat after a decade of grassroots mobilization, the pro-life movement turned in new directions. The most momentous of these was a campaign of support for mothers and babies, led by pregnancy care services and policymakers allied with them.

An argument can be made that, in terms of services and policies, America was not ready for the reversal of Roe v. Wade in 1983. Today, on the threshold of the Supreme Court itself reversing Roe v. Wade, America is much closer to readiness.

If this article catalogued all the policy initiatives that have occurred and expanded over the past four decades, it would run to dozens of pages and involve all 50 states and territories.

The list precedes Roe v. Wade but has grown in scope and now covers not only health insurance and income support, but grassroots (and largely free) pregnancy services, tax relief for families and children, adoption and charitable donation credits, programs to deal with sex trafficking, fatherhood programs, maternity homes, job training, addiction care, and much more besides.

The extent of these changes and the number of women affected are impressive. In 1965, Congress enacted the Medicaid and Medicare programs, covering maternity care through a federal-state partnership for millions of poor women. The program needs a variety of reforms and better financial management, but its scope is undeniable, reaching 42% of all women and more than 50% in states like Texas and Mississippi.

Despite initial legislative defeat in the House, those leaders persuaded the new Republican Congress under Speaker Newt Gingrich to include a $500 per child tax credit for working families as the “crown jewel” of his Contract with America. Since its enactment, the law has literally returned trillions of dollars to families to invest in their children.

Not long after, pro-life groups were key to the enactment of federal and state adoption tax credits. These benefits were designed to recognize and defray the high cost of adoption and make it more affordable for low- and middle-income families.

The credits are also designed to reduce the cost of extended foster care to the states. Today some states, like Florida, are providing additional benefits, like free state university and community college tuition, to adopted children. The maximum federal credit is now $14,400.

Tweet This: To catalogue all the pregnancy help policy initiatives over the past 4 decades, it would be dozens of pages & involve all 50 states

But wait, there’s more. While most pregnancy center work remains privately funded, centers across the nation increasingly benefit from state-funded programs loosely grouped under the category A2A, alternatives to abortion.

These projects, now found in 14 states, help fund pregnancy assistance that goes beyond the calendar of immediate needs centers originally addressed. They recognize that pregnancy is a life-altering experience and that maternal and family needs do not end at birth.

The projects, even those that reject government funding on principle or because of the centrality of their religious mission, face sharp criticism from legal abortion advocates, but they carry on, providing residential and job preparation services to women who reject abortion as a solution.

Today, the National Maternity Housing Coalition includes dozens of residences nationwide affiliated through Heartbeat International, which works with its own network of more than 3,000 pregnancy help centers in 971 locations worldwide. These groups realize that hundreds of thousands of women remain to be reached in the United States alone, and they are in it for the long haul.

Affiliates of the National Maternity Housing Coalition need not be religious, but they are required to adhere to the Commitment of Care and Competence, which establishes standards of excellence and truthfulness in this lifesaving and Christ-centered work.

Increasingly, in the potential wake of a reversal of Roe v. Wade, pro-life states are updating their policies, securing new funding streams for pregnancy centers, and seeking to address maternity care deserts within their borders.

Forty years ago, the pro-life movement endured major defeat in Congress. Today it is winning triumph after triumph, saving life after life, all across the nation, with a focus on providing life-affirming choices and support to the incredible women we call “mom.”

Editor's note: Charles A. "Chuck" Donovan is president of the Charlotte Lozier Institute, the research and education arm of Susan B. Anthony List. He was legislative director of the National Right to Life Committee more than three decades ago, worked as a writer for President Reagan, helped lead the Family Research Council for nearly two decades, and most recently was a senior research fellow in religion and civil society at The Heritage Foundation. Donovan also serves on the board for Heartbeat International, which manages Pregnancy Help News. This article was originally published at The Daily Signal, the Heritage Foundation's news platform.