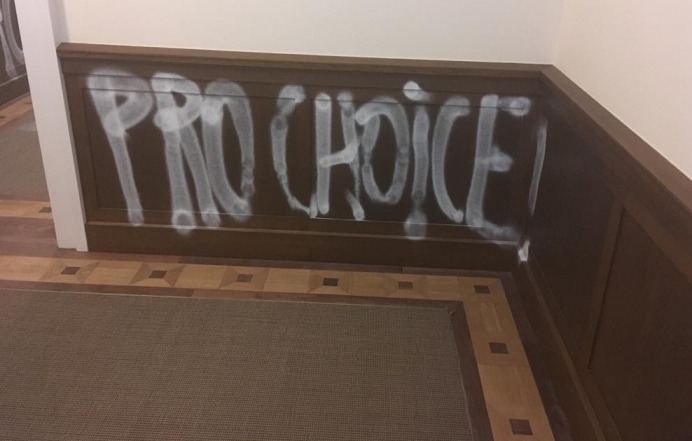 After pro-abortion attacks, Berlin pregnancy help organization "radically stands on the side of the pregnant women"

A German pregnancy help organization has weathered vandalism and other attacks in recent months, with those behind the organization resolving to persist in serving women facing unplanned pregnancy.

Pro Femina’s Berlin center was broken into by “radical feminists” last fall, the Observatory on Intolerance and Discrimination Against Christians in Europe reports, the pregnancy center's windows smashed, locks filled with glue, butyric acid smeared in hallways and the term “pro-choice” spray painted on walls. The organization’s CEO estimated the damage was into five digits. 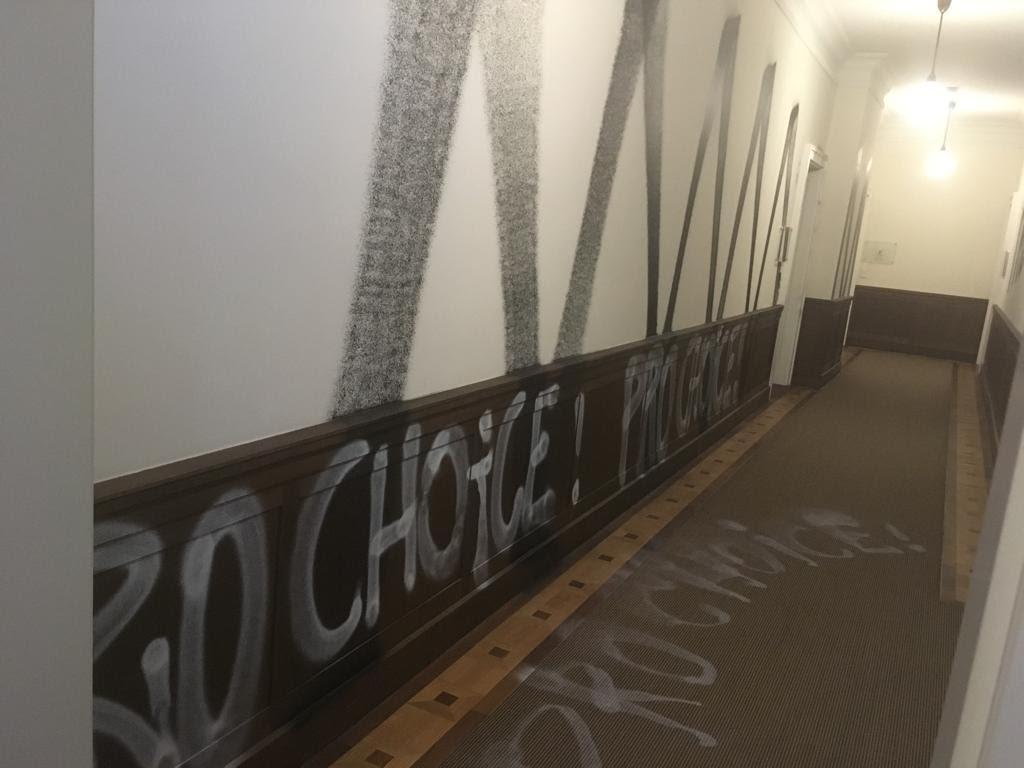 Pro Femina ("For the Woman"), like other pregnancy help organizations (PHOs) worldwide, has been targeted by pro-abortion sympathizers in the media and elsewhere for purportedly “manipulating” women with its life-affirming services. Berlin’s ruling political party has also had the PHO in its sites to be outlawed.

German law mandates counseling before a woman can obtain an abortion, after which she receives a "certificate of counseling" needed to get the procedure.

The fact that pro-life groups do not counsel women toward aborting their children already draws pro-abortion ire and accusations across the board that PHOs do not respect a woman’s choice. In the case of Germany, pro-abortion groups claim as well that pregnancy help efforts impede women in getting abortion certificates.

Despite the feminists' attack on Pro Femina, other damage inflicted by demonstrators and hateful acts like Pro Femina being sent dog feces through the mail, the CEO told Pregnancy Help News the mission remains the same.

“Personally, I will never stop doing what I have recognized as God’s mission for me,” Kristijan Aufiero said, “to radically stand on the side of the pregnant women and to help them to find a decision that makes them proud of themselves for the rest of their lives.”

The break-in and attack on Pro Femina were the first of this size and a surprise to the organization, he said, given the PHO is non-political. 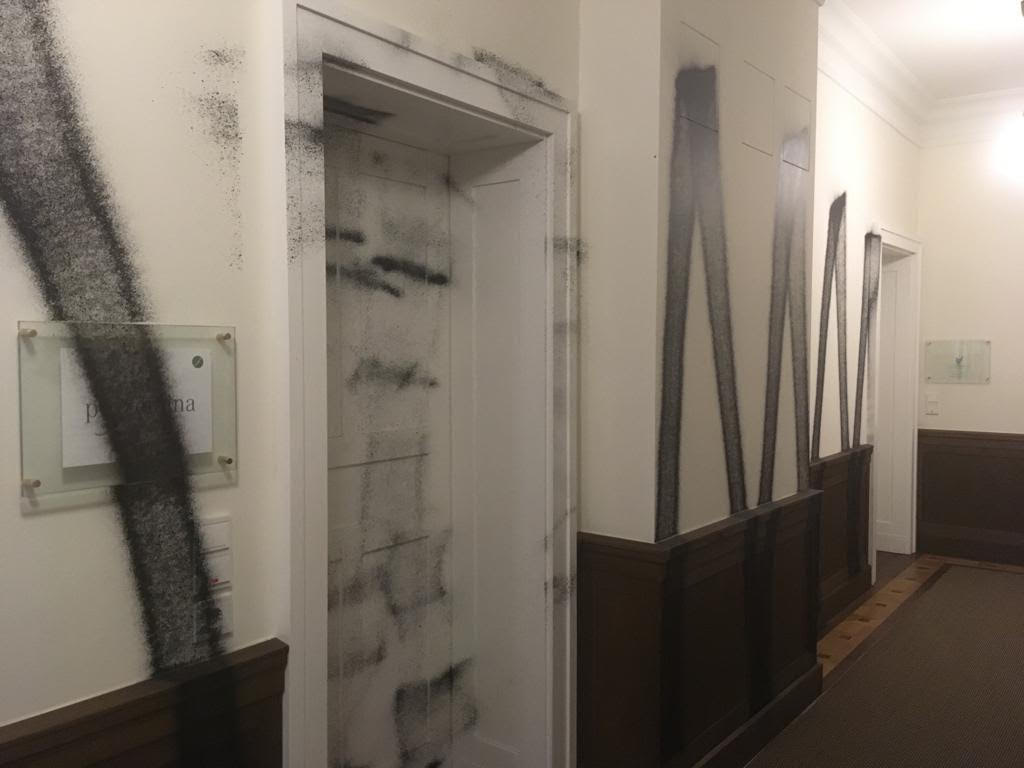 As for the perpetrators, he said he only knows what they’d said about themselves in their letter claiming responsibility for the attack sent to the left-wing site indymedia.de. The radical feminists description will suffice, Aufiero said, but it would probably be more accurate to regard them more generally as left-wing fanatics.

The feminist attackers called Pro Femina a "Christian fundamentalist" organization that is "part of a patriarchal and misanthropic system" via their letter, the Observatory’s report said. 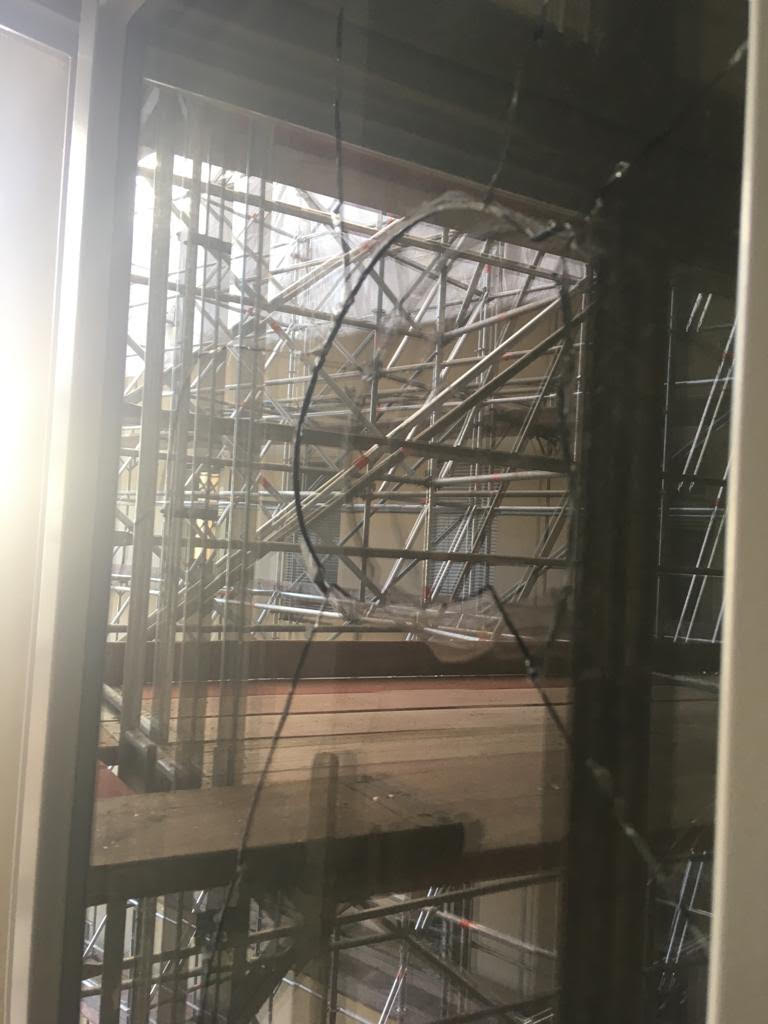 The feminists claimed women are denied "the free choice" and "determination over their bodies and lives" by the pregnancy help organization, and closed their letter with a call to attack "the leaders and associations of the pro-life movement by all means!"

Other pro-life groups have been attacked in similar ways before, Aufiero said. 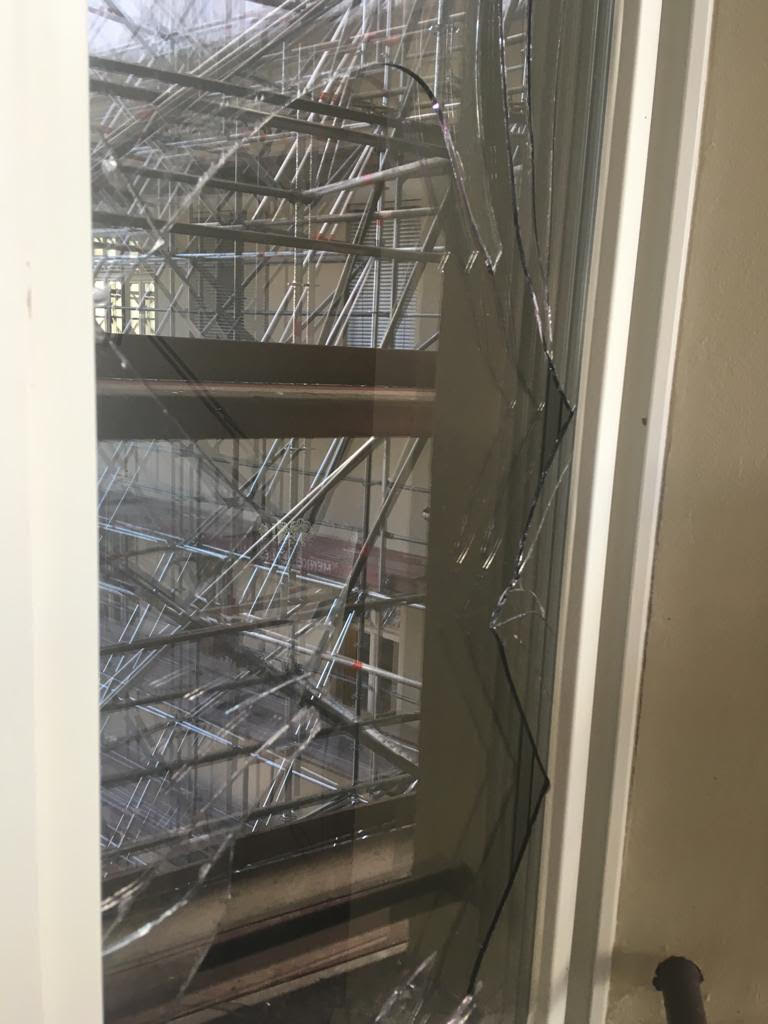 “All we do is to offer our help to women who approach us of their own free will,” he said. “It is a bad sign that the German left now regard this kind of help to pregnant women in need as an enemy they must destroy.”

Tweet This: All we do is to offer help to women who approach us of their own free will. It is a bad sign that this help is an enemy they must destroy.

"It is shattering and oppressive to see how pure hatred and destructiveness spill over us, because we offer pregnant women in need an alternative to abortion," he told the Observatory following the attack.

Tweet This: It's shattering/oppressive 2 see how pure hatred & destructiveness spill over us, because we offer pregnant women an alternative 2 abortion

Aufiero shared videos and photos of the damage with Pregnancy Help News. They were taken Pro Femina’s counselor in Berlin, Bianca, who was the person to see the damage.

Aufiero said Bianca had been shaken by the aggression but came to feel inner peace and a readiness to fight. He interviewed her for Pro Femina’s 1000plus project, which works to build a network to advise and help pregnant women in need.

Bianca said she had prayed a lot in the days after the attack, gaining new strength, courage and confidence. 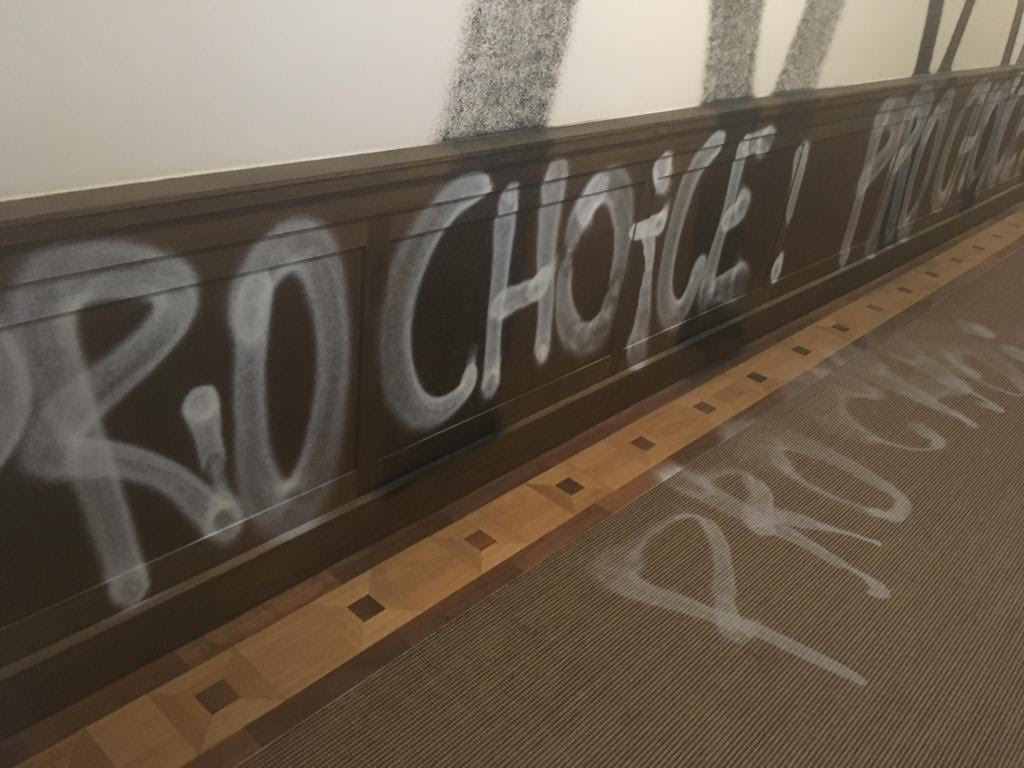 The feminist perpetrators had claimed that Pro Femina did not give open advice (regarding abortion), and that the PHO does not issue the so-called advisory certificate.

“Any advice, including that from Pro Femina, is, of course, "open to results" in that it is always the woman who ultimately decides whether she will have an abortion or say yes to life,” Bianca said. “But if "open-ended advice" is understood to mean that women are left alone in this existential crisis, then the people who accuse us of this have absolutely no idea what the thousands of women who turn to us have in their hearts really goes and what they're looking for in the advice.”

“I also find it significant how many women turn to us AFTER they have had an "open-ended consultation" and are already holding the certificate,” she said. “These women are looking for real advice, an open ear, support in the search for solutions - the question after appearances, (after they have the certificate) these women no longer matter.”

Aufiero told Pregnancy Help News regarding the break-in and vandalism that given the climate there, he expected a worse attack would come. 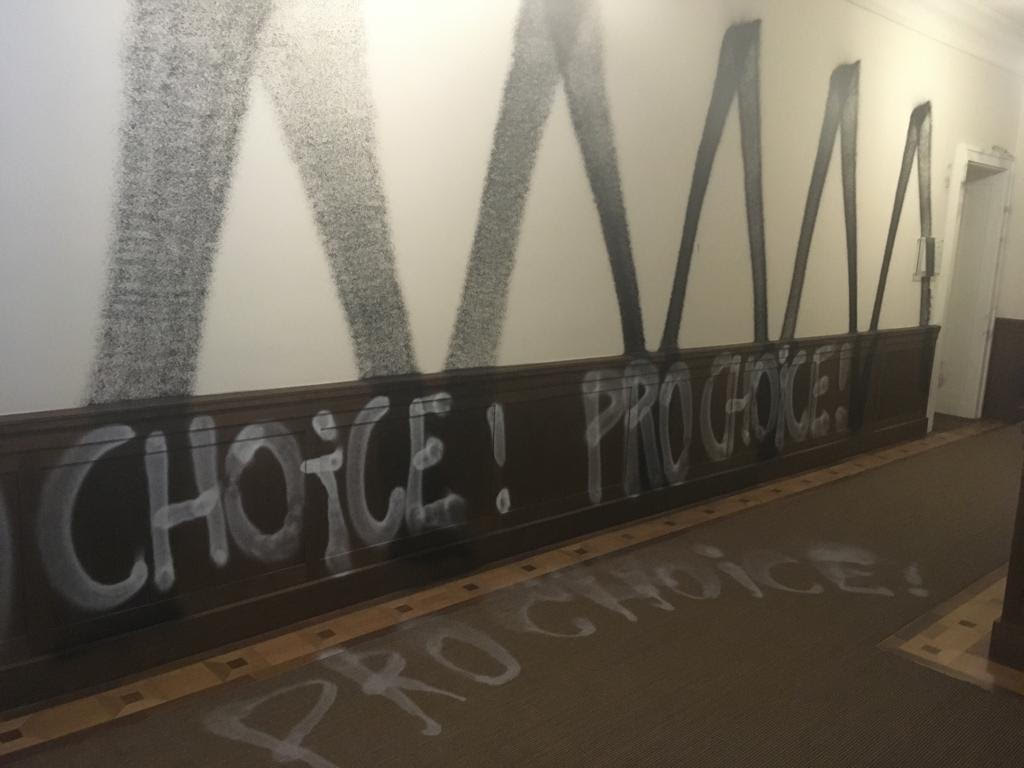 “Before, we had a demonstration outside the house,” Aufiero said, "damaged door plates and an envelope filled with dog poop in the mail.”

Not long after the attack last fall, he said, the party congress of Berlin’s ruling Social Democratic Party decided unanimously that Pro Femina should be declared illegal in the entire city state of Berlin.

“They ignored our protests and an online-petition we ran that won more than 15,000 supporters in one week,” he said. “Of course, any government action along the lines of that decision would be illegal. However, that will not necessarily stop the government of Berlin.”

“However, we shall not be intimidated,” Aufiero said. “We know that we are doing the right thing, and neither dog poop nor violence can change that.” 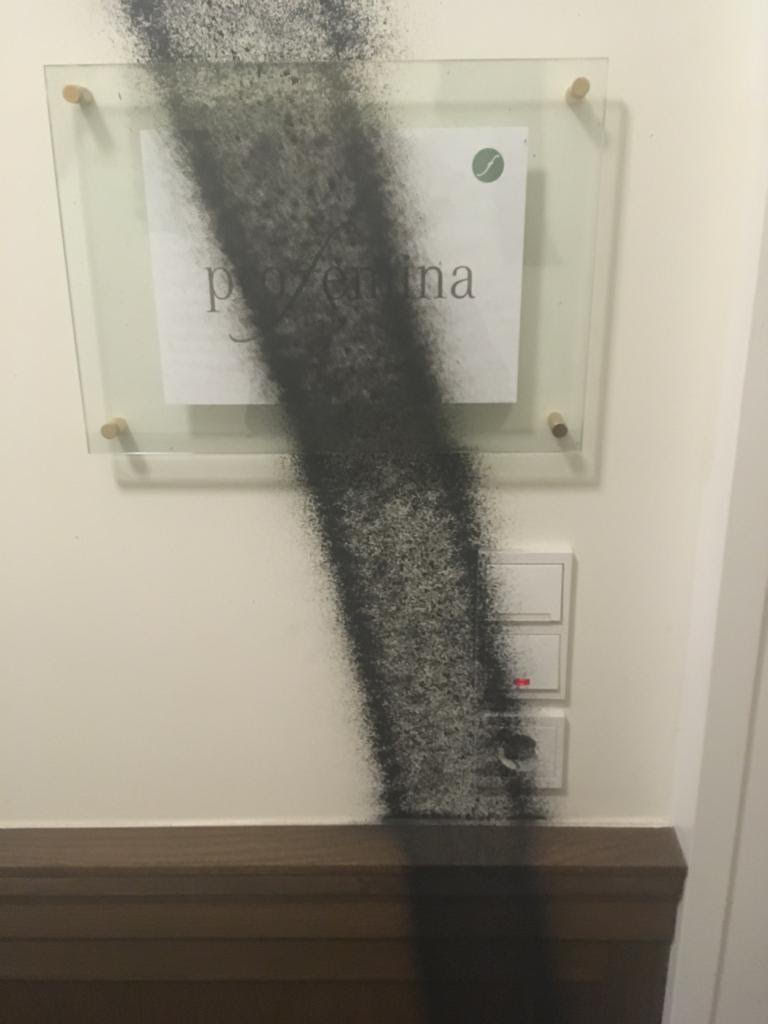 “What is more,” he added, “our supporters have reacted with great solidarity: by prayers, by signing our petition, and by additional donations.”

Like countless other PHOs, Pro Femina’s 1000plus addresses the current coronavirus pandemic on its website, offering support, resources and communication vehicles for women to reach out for support, saying the organization and its supporters “continue to stand up for these women.”

Much of the work was virtual to begin with and continues as such. 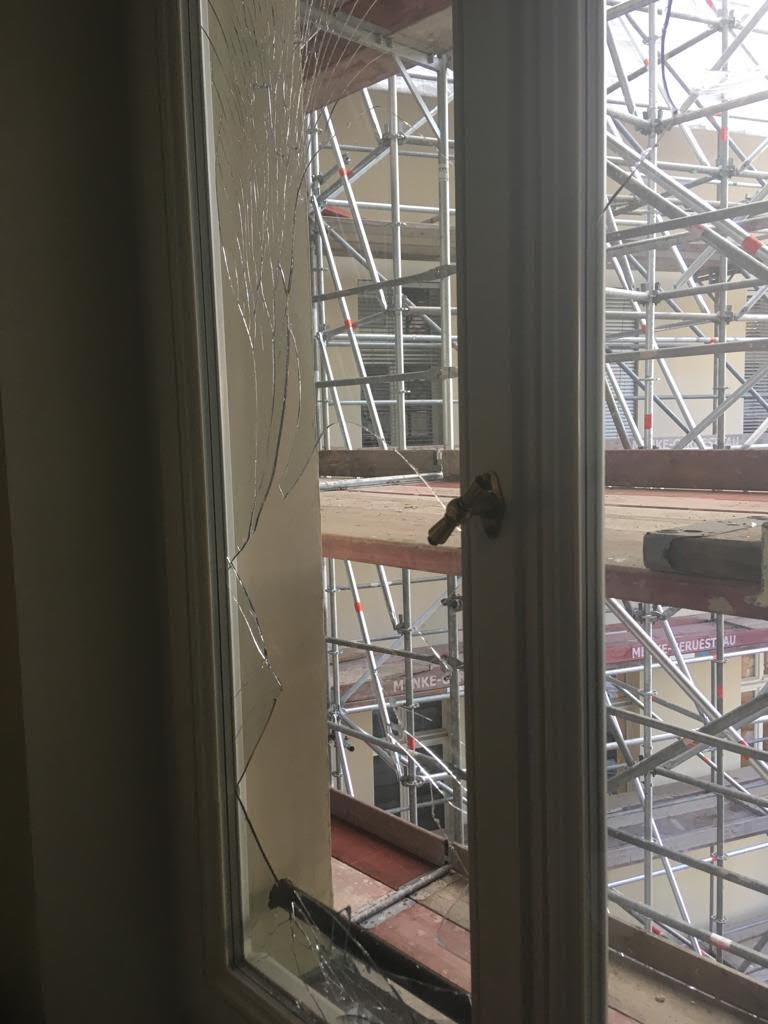 “Every crisis can be overcome, and in retrospect it can even become an opportunity,” Aufiero said.

“This is what the thousands of women who turn to 1000plus every year experience in their advice,” he added. “And until the crisis is over, the organization’s motto is: “Don't lose your courage.”