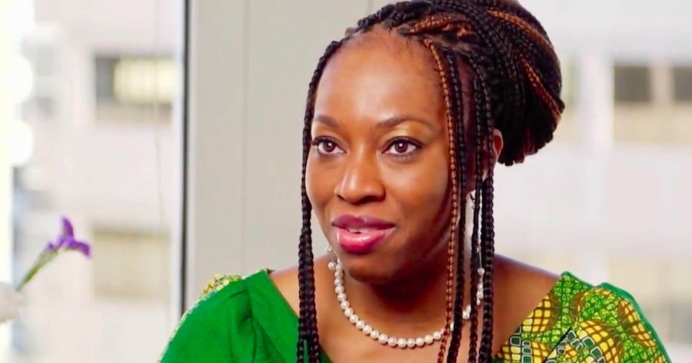 (Right to Life UK) Filmmaker, author, and social activist Obianuju Ekeocha has called out the United States for repealing the Mexico City Policy which ensured that federal funding was not spent on abortions outside the United States.
President Joe Biden will revoke the policy put in place by the former US administration, likely resulting in a large increase in funds being made available to global abortion providers that target developing countries including MSI Reproductive Choices and International Planned Parenthood Foundation.

In a speech to the World Health Organization on Thursday 22nd January, Dr. Anthony Fauci, Chief Medical Advisor to the President, said:

“To that end, President Biden will be revoking the Mexico City Policy in the coming days, as part of his broader commitment to protect women’s health and advance gender equality at home and around the world”.

The Mexico City Policy was originally announced by President Ronald Reagan in 1984. It required non-governmental organisations to agree, as a condition of receiving federal funding, that they “would neither perform nor actively promote abortion as a method of family planning in other nations”.

The policy, which essentially forbids federal funding from being used to perform and promote abortion outside of the US, has been a significant point of contention since its beginning, with successive Republican and Democrat Presidents instituting and then rescinding the policy.

The former administration had reinstituted it after the Obama era and expanded it into a policy called Protecting Life in Global Health Assistance.

Under the new President, federal funding for abortions outside of the US will once again be available for global abortion giants such as MSI Reproductive Choices and International Planned Parenthood Federation.

US funding of abortion in Africa

Social activist Obianuju Ekeocha has slammed the President for this move in a Tweet saying:

“So Pres Biden intends to repeal the Mexico City Policy so that the United States can resume funding abortion organizations in Africa and other parts of the developing world…to kill our innocent unborn children. We will object”.

Tweet This: So Biden intends to repeal the Mexico City Policy so the US can resume $ abortion orgs to kill our innocent unborn children. We will object.

With the repeal of the Mexico City Policy, US federal funding, which ultimately comes from the US taxpayer, will now be available to fund abortions and the promotion of abortion in Africa.

In a report for Culture of Life Africa released last year, Ekeocha accused the UN and a number of Western nations, including Canada, the US and the UK, of “humanitarian blackmail” as they sought to capitalise on the global COVID-19 crisis by imposing abortion on the continent.

The move to repeal Mexico City Policy will likely mean that federal funding will once again be given to controversial global abortion provider MSI Reproductive Choices.

MSI Reproductive Choices has recently rebranded from its previous name, Marie Stopes International, to hide their association with eugenicist and Nazi-sympathiser, Marie Stopes.

The organisation perform millions of abortions across the globe each year and received over £340 million from the British taxpayer over the last ten years, and continues to be surrounded by scandal.

In October 2020, the bodies of ten illegally aborted babies were found discarded and decomposing in a bin at a Marie Stopes International franchise ‘Medical Centre’ in Kenya, resulting in the closure of the clinic.

In addition, the CQC found the abortion group was not following proper sterilisation and infection control protocols and was improperly disposing of the bodies of the babies they aborted.

In 2016, Marie Stopes International was forced to suspend abortion services for a month after an unannounced inspection by the CQC found “dead foetuses lying in an open bin and staff trying to give a vulnerable, visibly distressed woman an abortion without her consent”.

“The fact that President Biden has rescinded the Mexico City Policy should come as no great surprise. This is exactly what Barack Obama did when he came into office in 2009 with Joe Biden as his Vice-President. That it was one of his first acts as new President is an ominous sign of the priorities of this administration. They appear to have completely aligned themselves with an ideology concerned with expanding abortion access at all costs”.

“In the UK, this same ideology is on clear display in the case of those promoting ‘DIY’ abortions, regardless of the many serious safety concerns posed to vulnerable women. There are inadequate safeguards to prevent women being coerced into having an abortion, there are also inadequate safeguards to ensure the woman is taking the abortion pills at the ‘appropriate’ gestational age, and there is evidence of systemic underreporting of complications related to the use of ‘DIY’ abortions. None of these major concerns appears to matter to abortion providers who, like the Biden administration, have shown that they care as little for women as they do for their unborn children”.