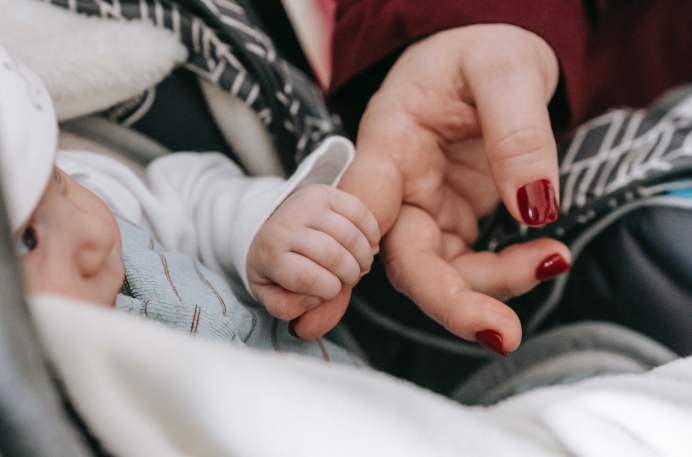 Women facing unexpected pregnancy are best equipped to make the right pregnancy decision for them when adoption is effectively presented, one pregnancy help worker says, whether or not they will choose adoption.

Marsha Dahlseid is both a birthmother and an adoptive mom, as well as the volunteer coordinator for ZoeCare in Yankton, SD.

Dahlseid’s experience and insight with adoption has her hoping for increased awareness of this life-affirming option so that moms of unexpected babies have a fuller picture when making their choice. She does not want adoption to be the forgotten option.

“I am realizing working in our pregnancy resource center that adoption is seldom considered,” said Dahlseid. “What can we do to give adoption a more positive image to women and men today?”

Dahlseid’s stated goal is, “To show clients choosing adoption is a winning decision for everyone!”

The question of ‘Can we do better to ensure that adoption is never a “forgotten” option?’ is a common query in pregnancy centers.

The center where Dahlseid works is growing. ZoeCare opened in July 2020 and added ultrasound services in May of this year, with nurses who have undergone sonography training volunteering to provide this service. The center is looking forward to receiving new equipment soon through the generosity of the Knights of Columbus.

Because of her own life experience with adoption, Dahlseid is determined to see adoption presented accurately and regularly among her center’s offerings.

“The opportunities I’ve had in our center are very few in terms of talking to clients about adoption,” Dahlseid reflected. “I’ve seen clients who don’t want to talk about adoption.”

Whenever possible Dahlseid has shared her own adoption story. About 30 years ago as a volunteer with Birthright of Santa Fe, NM, she had the opportunity to give her adoption story at a local high school.

“In one of those classes I had a girl come to me to thank me, saying, ‘that was the most positive adoption story I’ve ever heard,’” she recalled.

However, Dahlseid has observed some clients in her center will listen to her story and don’t seem to have a lot a questions about adoption. While this can be a discouraging sign, she realizes it can be difficult to know when or where you have planted a seed in someone’s mind.

“The Lord’s put me in this position to tell my story and take it for what they may build in their heart,” Dahlseid commented. “It hurts a little every time I share it, but I know I am doing what God put me here to do.”

Dahlseid’s first experience with adoption was when her niece was adopted from Nebraska Children’s Home, an agency she would rely upon when she found herself pregnant and considering adoption.

In high school Dahlseid never dated and growing up she couldn’t recall any conversations with her parents concerning sex. So, her thoughts and ideas were shaped by friends her age.

At age 20 she dated a man whose influence led her to drink with him, and consequently her first time having sex resulted in pregnancy. While she admits she wanted love and acceptance and thought that having sex would make a difference in the relationship, she also knew she was not completely in control of her judgment at the time.

The relationship ended before Dahlseid had even discovered she was pregnant. The timeframe was December 1972, so before the Roe v. Wade decision, and thus abortion was not common practice at the time.

Yet she recalls thinking once about abortion and instantly being repelled by the idea.

“I thought ‘NO’ immediately,” Dahlseid stated. “I felt like the devil was putting it in my head.”

“I didn’t feel ready to be a mom,” Dahlseid recalled. “I didn’t even enjoy being around babies at that point in my life. I was simply not grown up enough to be a parent.”

“I wanted my baby to have a normal family with a father and a mother to love him,” she said. “I also didn’t want the baby’s birth father to come back into my life and try to be a parent to him … I saw the beautiful example of my niece’s parents.”

Her own parents were very loving and supportive as Dahlseid made her decision. Moving forward with a closed adoption, she asked that her baby go to a Catholic home.

Reflecting on her son’s birth she said, “I chose not to hold him, because I felt if I did hold him, I wouldn’t be able to let him go. I just took his finger in my hand and said, ‘good-bye.’”

The adoption process moved forward, and the local paper recorded the birth with her name and the baby’s father name under court information so that he would have opportunity to step forward regarding his parental rights. But he did not, and the adoption went through.

Of the adoption agency Dahlseid recalled, “They were very helpful, especially after the adoption. I put letters in his file and later on I received pictures and information when he was eight years old. He had a brother who was also adopted and that made me feel good.”

Tweet This: Choosing adoption is a winning decision for everyone

Of course, Dahlseid often thinks of her son, especially when a prayer from Luke 1:68-79 is read, and she hears the name she had given him.

“When I hear the name David, I think of him,” she said.

The passage from Luke begins, “Blessed be the Lord God of Israel, for He has visited us and accomplished redemption for His people, and has raised up a horn of salvation for us in the house of David His servant.”

“He is happily married and has four sons,” Dahlseid said of her son. “We were exchanging some letters for about five years. It took him until he was in his thirties before he was interested in communicating with me.”

“He found a letter I left with the agency, and we met in Omaha at the adoption agency in 2006,’ said Dahlseid. “I got to meet his adopted parents, his wife and him. My sister-in-law and my husband were with me. We visited for a couple of hours.”

After having become a birthmother who placed her child for adoption, Dahlseid’s life would bring her to adoption again as an adoptive mom.

At age 30 she married and had hoped to start a family right away. However, after discovering they would not be able to have children the Dahlseids began to consider adoption.

It was a “no-brainer” for Marsha Dahlseid, but it would take her husband a little time to get there. Once they began the process, it took almost three years before they received their first son.

“I remembered being in the baby’s room crying, still waiting to hear,” stated Dahlseid. “I didn’t know that my son had already been born.”

On January 11, 1987, they welcomed their one-month-old son through Catholic Family Services. Then just 17 months later a woman from North Dakota who was looking for a Catholic home for her child would place her one-week-old son in the Dahlseid home.

Their second son arrived on May 6 and so Marsha has always viewed him as her “Mother’s Day” present, “My sweet, adopted baby boy,” she said.

Both sons were well adjusted. The older one never curious about his birthmother and the younger son did want to know.

Dahlseid has been very open with her sons about their adoption and so of course shared with her youngest that he had been the third child of a single mom who could not afford to parent him. This answer satisfied his curiosity. Now as an adult he has some contact via social media with his biological half-sister.

Dahlseid will continue to advocate for adoption and realizes that even when clients at her center may not be considering adoption, her story can still be used by God as an encouragement.

“I use my story sometimes with women who have their babies,” Dahlseid said. “I share my experiences so they know I’ve lived a life where I’ve had to make some tough choices. It helps to build the relationship so they know my heart is there for them.”

In Dahlseid’s mind, the goal is to help pregnancy help center clients parent with a vision. In encouraging clients to consider adoption, she said, if they choose to parent, at least they understand why they chose that option. We want them to be a “mom on purpose,” Dahlseid said, and if adoption is the better choice, to be empowered to choose adoption.