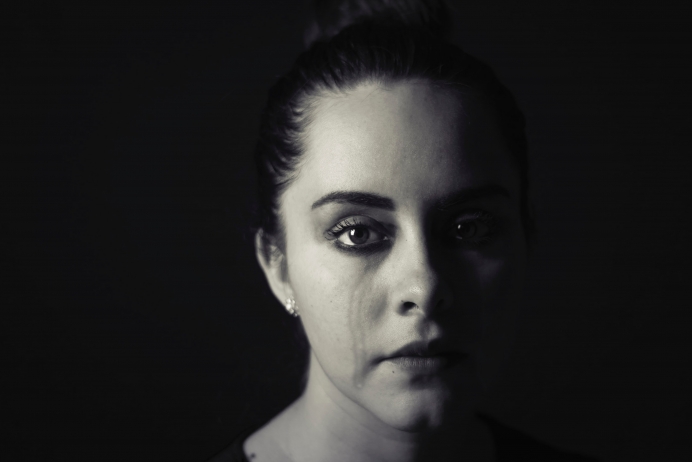 (Washington Examiner) Infertility and the difficulties of carrying children to term have grieved women for centuries, and medical science has tried to address those issues. But if the abortion industry has anything to say about it, women today will continue to be at risk of long-term heartbreak.

My husband and I are polar opposites when it comes to blood. Like 15% of the population, I am Rh negative, whereas he is Rh positive. The first child from that combination is usually fine, but then antibodies build up when blood comes in contact, such as during birth, accident, or abortion. These antibodies can cause later pregnancies to end in tragedy, when the mother’s own antibodies attack the blood cells of children in her womb, often causing death.

There is a solution -- injections of Rh immunoglobulin, which stop the mother’s body from making those antibodies. Those shots have saved me from tremendous heartbreak. But timing is everything. They must be administered during pregnancy and right after delivery or following the end of a pregnancy. Failure to give these injections promptly to an Rh-negative woman would be malpractice, because of the implications for every future child and her own health.

Yet the abortion industry and abortion advocates are pushing for no-test abortions and an end to best practices for Rh-negative women. This is the industry's way of selling chemical abortion pills with much less effort on its part and without examinations that might preserve a woman’s life and future.

The American Civil Liberties Union just filed a lawsuit against the Food and Drug Administration, attempting to force them to get rid of health and safety standards for chemical abortion pills during the COVID-19 pandemic.

Women have died when given chemical abortion drugs late in pregnancy or when experiencing an ectopic pregnancy. To protect women from complications, the FDA has health and safety standards called REMs that require a physical examination. Getting a history and an ultrasound, along with a blood test to determine things such as Rh-negative status, are life-saving protocols. Treating Rh-negative women with an injection that costs approximately $100 will preserve their ability to have future children.

Unfortunately, the abortion lobby doesn't really prioritize the future children of its customers [ ].

In Contraception, a who’s who of abortion industry thought leaders, including the infamous Daniel Grossman, recommended dropping Rh testing early in pregnancy, despite recommendations that it be conducted from the Society of Family Planning , the American College of Obstetricians and Gynecologists, the Society of Obstetricians and Gynecologists of Canada, and the World Health Organization. As they put it, these recommendations should be ignored because "Rh testing is not a requirement for abortion in any setting."

In other words, abortionists aren’t responsible for women's future ability to have children. They are selling so many abortion pills now -- all this potentially life-saving testing only slows them down.

As they put it: “Early abortion continues to expand outside of traditional clinics, through telemedicine, self-managed medication abortion, or in smaller offices that do not specialize in obstetrical care. Consequently, requiring Rh testing and anti-D immunoglobulin as part of abortion care is becoming a barrier.”

Note that this “barrier” is not to the women whose futures are on the line, but rather to abortionists who want to ship pills in the mail and walk away.

In its 2020 Clinical Policy Guidelines for abortion care, the National Abortion Federation’s team of experts admits that the standard of care has been to determine a woman’s Rh status and treat her accordingly. Yet their recommendation was that in pregnancies less than 56 days (and they are going to take a woman’s word for that, as actual testing takes too much work), chemical abortion sales associates may “forego Rh testing.”

Discussing this shocking shift, Alice Mark, the National Abortion Federation's Medical Director, told TalkPoverty: “We know giving the Rhogam injection at 28 weeks decreases the risk of sensitization, but what we don’t know is that any intervention before that has any impact on the outcomes.” Rather than ensure patients’ futures are protected, the abortion industry's trade group is willing to cross its fingers and hope it all works out.

But consider this math: The abortion industry wants to skip the Rh negative treatments before eight weeks (56 days) from their last menstrual period, but it also says chemical abortion can be committed up to 70 days after a patient’s last menstrual period, or 10 weeks or more. For those women caught in the crossfire, will their future choice for children be preserved? It seems unlikely, as a "don’t ask, don’t tell" philosophy is emerging in the sale of chemical abortion drugs, which is how abusive men have been able to get pills to give to women without their knowledge and consent.

About 40% of abortions are now committed with chemical abortion drugs. Pulling back the curtain, the New York Times recently detailed how abortion conglomerates from around the world have focused their efforts on easy and fast distribution of these deadly drugs. Though abortion vendors have used the pandemic to publicize their chemical abortion agenda, the article details a wide-ranging strategy, years in the works, to make pushing pills a growth industry. In fact, the abortion industry’s test kitchen, Gynuity, is cooking up a one-pill formula to make chemical abortions even easier.

Tweet This: Abortion conglomerates from around the world have focused their efforts on easy & fast distribution of these deadly chemical abortion drugs

During the coronavirus pandemic, Planned Parenthood announced that they have the capacity to carry out “telehealth” in all 50 states, meaning that patients would not be examined but would call in to speak with the sales team for ending life. A Planned Parenthood phone app will be available nationwide by the end of the year.

Although the FDA has told websites illegally selling abortion drugs after an online consultation to cease, the practice continues.

Pushing chemical abortion pills allows a predatory industry to make a fast sale and outsource future complications to an emergency room. It's no help to women to end the requirement for life-saving tests, all in the name of cutting costs and increasing “access.” It’s the abortion industry whose time and money are liberated.

The complications of the abortion procedure, whether from surgery or drugs, are dumped on the women who may be risking more than her health and the life a child. The ability to ever have a family may also be on the line — because for an Rh negative woman, unless those antibodies are dealt with immediately, she will carry them forever. All of this leads to a key question that should trouble people whether they're pro-life or pro-choice: Why should women’s futures be sacrificed to get rid of health and safety standards? The FDA must hold the line on regulation of chemical abortion drugs as an issue of life and death.

Editor's note: Kristi Stone Hamrick is chief media strategist for Students for Life of America and Students for Life Action, and a mother of four. This article was published at the Washington Examiner and is reprinted with permission.