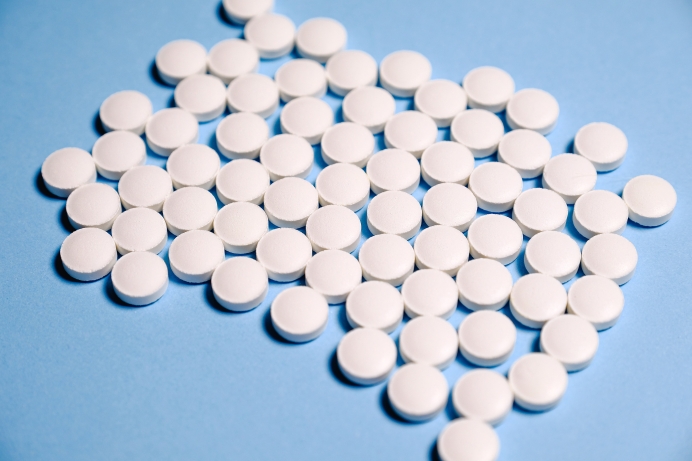 (Live Action) In an attempt to normalize abortion by using deceptive euphemisms, the abortion industry is now referring to the use of mifepristone and/or misoprostol (the same drugs as are used in the abortion pill regimen) as “missed period pills” or “later period pills.” The drugs are being sold to women without a confirmation of pregnancy, and they are led to believe the drugs will merely “bring down a period,” allowing them to escape the knowledge of whether or not they killed their own preborn children.

This unapproved process also flouts important safety regulations put in place by the Food and Drug Administration (FDA) under a program called REMS, which requires prescribers of the abortion pill mifepristone to properly date a pregnancy. While abortion enthusiasts are calling their latest scheme “creative,” pro-life advocates accurately refer to it as “abortion in disguise.”

In an e-mail to supporters, pro-abortion organization Gynuity Health Projects (GHP) announced a collaboration on missed period pills through formation of the “National Working Group on Missed Period Pills,” which includes a number of abortion organizations, under the website PeriodPills.org.

“Period pills bring on your period when it is late, even by just a few days. If you are pregnant, these pills will end your very early pregnancy,” the website claims. “But you do not have to take a pregnancy test or confirm you are pregnant before using period pills. Yes! Period Pills are real… Sometimes this is referred to as menstrual regulation, or pushing a period, or bringing down a period.”

The site actually admits that the whole point of “missed period pills” is to remain in ignorance, noting, “If someone is pregnant, taking these medications will end their pregnancy. This can be referred to as an abortion. But since pregnancy is not verified before taking the pills, a person will never know if they were or weren’t starting a pregnancy when they took the pills (emphasis added). Late period pills will bring down a person’s menses even if they aren’t pregnant, and can provide reassurance and peace of mind if someone doesn’t want to be pregnant. A person does not need to take a pregnancy test or confirm a pregnancy to use missed period pills.”

The site adds, “Late period pills let us choose to get our periods or have chemical pregnancies when we don’t want a pregnancy to become established. Instead of waiting and worrying, we can take pills and bring on our periods.”

Tweet This: A woman will never know if she is or isn’t pregnant when she takes so-called missed period pills since pregnancy is not verified first

Gynuity: If pregnant, it causes abortion; if not, women ‘probably don't need’ it

Gynuity also wrote about its intention to partner with abortion chain Carafem to “study the acceptability and use of mifepristone plus misoprostol for menses induction in the US.”

A 2021 archived page from Carafem’s website shows how the abortion chain deceptively marketed so-called missed period pills as a new medication option. “If you don’t want to be pregnant, you may be eligible to use a new medication option as soon as 28 days from when your last period started… with no requirement to wait several weeks for treatment,” they wrote. A more current page at Carafem’s website states the abortion business is “conducting a study that uses Mifepristone and Misoprostol within as little as 28 days from your last period.”

Melissa Grant, chief operations officer of Carafem, recently acknowledged to Ms. Magazine, “We actually were doing a Gynuity study in D.C. last year on missed period pills that temporarily paused during the pandemic….We let them know clearly, if you do this and you’re pregnant, it’s an abortion, and if you do this and you’re not pregnant, you’re taking medication that you probably don’t need…” (emphasis added).

Wendy Sheldon, a senior associate at Gynuity, suggested to Rewire News Group that this deception is “liberating” and carries “benefits” so women can “take control over their reproduction without being constrained by other people’s definitions of pregnancy, abortion, or other terms that may not reflect their beliefs or lived experiences….”

Sheldon added, “Missed period pills can also provide the psychological space for people to define what’s happening to their bodies on their own terms, consistent with their beliefs. For me, this is one of the most liberating and appealing aspects of this idea…”

The University of California San Francisco (UCSF) calls its missed period pill study a “more creative method” to support abortion goals. UCSF’s study began recruiting in June of 2021 and will utilize just the second pill in the abortion pill regimen — misoprostol, originally approved as an ulcer drug under the brand name Cytotec. The drug’s label warns that misoprostol can cause uterine rupture and will not impact a dangerous ectopic pregnancy. It will induce heavy bleeding and cramping if a woman is pregnant, and cause contractions strong enough to kill and then expel the child. By using misoprostol alone without mifepristone to first block progesterone and deprive the preborn child of nutrients, the abortion industry knows women will be unable to reverse the effects of the drug.

“As the number of state laws restricting access to abortion increases across the country, more creative methods are needed to support individuals in achieving their reproductive goals. Misoprostol alone for people who suspect, but have not confirmed pregnancy, has the potential to fulfill this growing need,” UCSF’s Missed Period Pill study (MPPS) states.

“The goal of this research study is to test a traditional but underutilized framework of menstrual regulation for pregnancy loss, to ‘bring back’ a period when it is missed,” the study, whose principle investigator is Dr. Ushma Upadhyay, also states.

In September of 2020, Gynuity published findings from a study analyzing potential interest in the concept. “In the study… researchers surveyed women seeking pregnancy tests at nine reproductive health centers in two states. They asked women if they would be happy or unhappy about becoming pregnant and if, instead of a pregnancy test, they would be interested in a hypothetical service offering what they called ‘missed-period pills,'” wrote the New York Times (NYT) about the study published in the pro-abortion Journal Contraception.

“Doing so, many said, would allow them to avoid the burden of that knowledge and the pain of self-flagellation, providing them with a psychological benefit at a time of great stress,” the NYT wrote.

“It would be easier on my emotional well-being to not know I was actually pregnant but to alleviate the issue which is my missed period,” one of the study participants stated.

“I wouldn’t feel I am a bad person,” another said.

Equal Rights Institute editor Andrew Kaake pointed out how the deceptive name interferes with informed consent, writing in part, “The use of a euphemistic name… does not change the pill into anything other than an abortion pill, and an attempt to use such marketing to fool women or induce them to fool themselves interferes with informed consent. More troubling, though, is the idea that it’s better for the woman if she thinks, by taking the “missed period pill,” she only maybe had an abortion.”

“Why is intentionally muddying the moral waters and getting women to act a certain way despite their beliefs a positive thing?” writer Petra asked at Pregnancy Help News. “In reality, it’s just a way for abortion advocates to try to further the idea that abortion is a morally good and normal choice to increase their sales; there is no real concern for these conflicted women. MPPs are a marketing scheme to directly influence ambivalent women or women who outright do not agree with abortion to go ahead and do something which may go against their beliefs,” she stated.

Women can report suspected adverse reactions or complications of any drug including the abortion pill to the FDA at 1-800-FDA-1088 or www.fda.gov/medwatch.