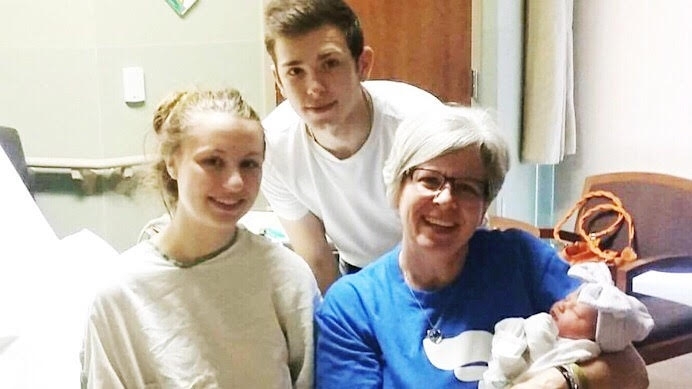 4 Women Who Found Redemption and Rescue After Abortion

As we mark another year of Roe v. Wade and legalized abortion in the U.S., strained attempts to normalize the lethal practice persist—as if 60 million abortions since 1973 weren’t enough.

But abortion advocates have a skeptical culture to contend with—one which supports abortion restrictions far earlier than Roe prescribed 46 years ago. With that in mind, it’s really no wonder abortion activists are trying to indoctrinate children with abortion-positivity and pedal “abortion doulas” to women in need of true help and healing, not pro-abortion affirmation.

Just yesterday, Philly Voice ran an article entitled, “'Unconditional support':A day in the life of an abortion doula.” Although the article’s clear purpose was to give a platform to the notion that abortion is “compassionate care,” it does reveal something that advocates for life have argued for decades: Abortion is an act that causes immense suffering and grief for many women.

“Given that ‘abortion is a loss experience’ for many, the stigmatized silence combines with grief and this heady combination brings much suffering. Even trauma,” says the article.

As abortion continues to haunt the American conscience, in strange and evolving forms, it’s all the more important to remember the real suffering—not fabricated stigma or imagined grief—experienced by real women and men across the country and around the world. And it’s even more important to tell the stories of those who have found redemption and rescue in abortion’s aftermath.

In 1985, Michele Menke had a secret abortion at a strip mall in St. Louis, Missouri. At just 17-years-old, she knew it was wrong but felt trapped.

“I wish I could have screamed I didn’t want to do this,” she said. “Because I know in my heart that’s not what I wanted to do. But you’re in a crisis. You feel backed into a corner.”

After her abortion, Michele would spend years looking for healing before she finally found Hand ‘n Hand Pregnancy Center, a pregnancy help center in Barnhart, Missouri. Today, as nurse manager at the center, she empowers women with the information and support she never had.

“I let them know they’re in a safe place,” Menke said. “I don’t want them to ever feel like this pregnancy center is going to make them choose to have their baby. They know they can choose abortion, but it’s definitely an option to choose life for their child. They need to really consider that. I’m just very honest with them, about how abortion’s not an easy fix. Then I get to show them life through the ultrasound. 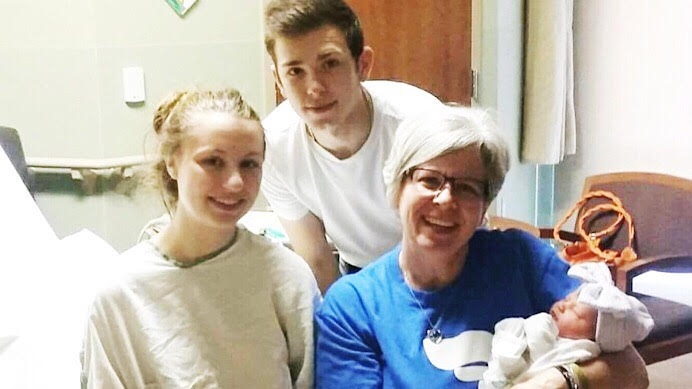 Sydney (left) may have chosen abortion for her sweet baby Blaire were it not for Michele Menke (right), who revealed her baby's heartbeat to her via ultrasound at Hand 'n Hand Pregnancy Help Center in Barnhart, Missouri. | Photo Courtesy: Michele Menke

“There are some good stories that have come out of all this ugliness,” Menke said. “Now there are sweet babies I get to hold because some girl heard my story and then saw life on the ultrasound. I even babysit for one of them.”

Misdy’s story is one of rescue—Abortion Pill Rescue, to be exact.

Already a mother of six, Misdy chose life for her son Tig not once, but twice. The first time was right in the middle of a chemical abortion, just after she had taken the first pill in the two-pill regimen.

“I went into the bathroom immediately (and) tried to throw (the pill) up,” she wrote in a reflection. “The drive home, I was just sick about what I just did and the thought that I was actually killing a baby with a heartbeat inside me. I went home and just cried and cried and knew I needed to seek help.”

That’s when Misdy got online and found Abortion Pill Rescue, a network of more than 500 medical providers offering Abortion Pill Reversal—a safe and effective treatment that uses progesterone to stabilize a woman’s pregnancy.

Thankfully, her baby survived and continued to grow. Then at 19 weeks, when her son was diagnosed with Down syndrome, a doctor suggested she abort him—again.

She rejected abortion a second time, and was blessed with the beautiful gift of life. Today, Tig is one of more than 500 babies rescued by their mothers thanks to Abortion Pill Reversal. 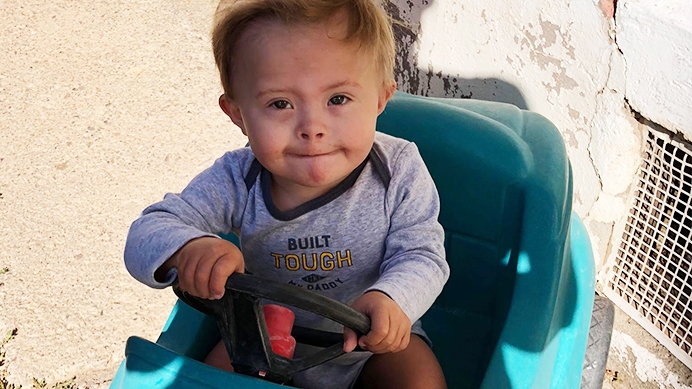 Tig Lee was one of more than 500 babies who have been saved thanks to Abortion Pill Reversal. | Photo Courtesy: Misdy

Sherri was 17 when she had her first abortion. At age 19, she had a second.

By her early twenties, the grief began manifesting itself in unexplainable tears whenever she was alone.

“I had no idea why I was crying. None. I would have never thought it was related to my abortion. Never. I really thought everyone cried like that, I really thought that was the way the world was when they were alone,” Sherri said.

Tweet This: "Abortion is an act that causes immense suffering and grief for many women." #prolife #RoevWade

Decades later, Sherri would find forgiveness in her role as a pregnancy options counselor at A Woman’s Pregnancy Center in Tallahassee, Florida. Today, as director of client services, she is helping other women find the same. 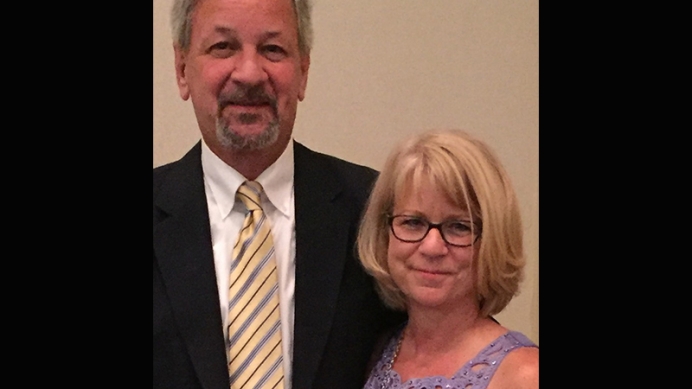 “Now, I’m able to be the hands and feet of Jesus and extend that grace to others who are full of shame,” Sherri said. “Abortion is a choice made in fear, and then you’re held captive by the condemnation of Satan. My wound was a gaping, despairing black wound, and He has completely healed it over and now it’s a pink scar that I am willing to use for His glory.”

Redemption and rescue are woven throughout Noelle’s story.

An educator for Pregnancy Decision Health Centers, a network of pregnancy help centers in Columbus, Ohio, Geno says that she has experienced just about every outcome of pregnancy—good and bad: She was blessed to be placed for adoption as an infant; she has two daughters of her own; and regrettably, she has also experienced an abortion.

“I always say to people—in more of my post-abortive talks—I say, ‘My mom did the thing that I wasn't brave enough to do,’” she said. “That is, to me, the definition of courage. In a time when it would have absolutely made more sense to people to have an abortion, she chose the harder thing." 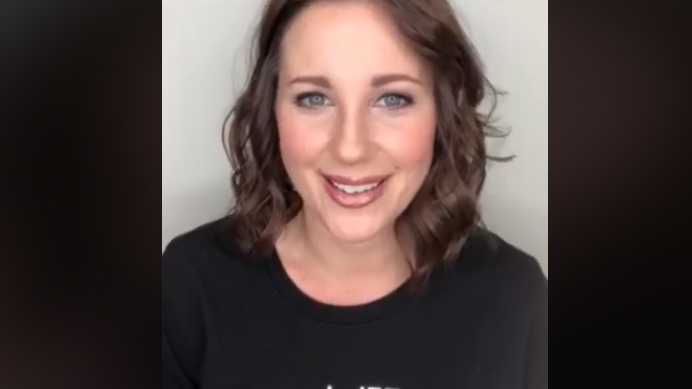 An educator for Pregnancy Decision Health Centers, a network of pregnancy help centers in Columbus, Ohio, Noelle Geno was rescued through adoption at the age of five months.

“That’s not just a one-time decision,” she said. “My abortion was not just a one-time decision. I have dealt with that decision every day of my life since it happened. Placing a child up for adoption is something you think about, I'm sure, every day for the rest of your existence. People don't understand that those two things are so, so difficult to deal with because you don't have that face to look at every day.”

These are just a few of the thousands (if not millions) of people to find life-affirming empowerment after experiencing an abortion.

In 2017 alone, 24,100 clients sought after-abortion support at a pro-life pregnancy help center in the U.S. And along with Misdy, hundreds of other moms have rescued their babies after taking the first abortion pill. These services provide a wide spectrum of care and support to every client, regardless of their circumstance, without affirming the devastating choice that is abortion.

While attempts to minimize and repackage a woman’s heartache into a pitch for abortion-on-demand continue, women and men are speaking out with powerful words that show the tragedy of abortion for what it is. The countless stories of rescue and recovery in pregnancy help ministries everywhere will hopefully ensure that the last 46 years of grief and heartbreak are not in vain.