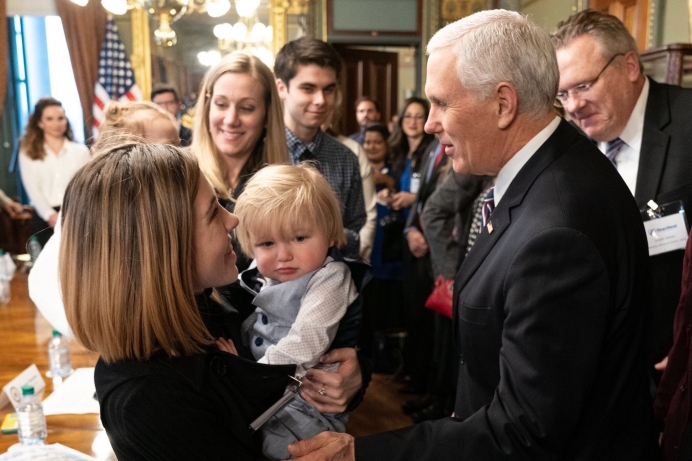 When Brittany, Faith, Brittany, and Elisa walked through the doors of their local pregnancy help centers, they couldn’t have known they’d be meeting the Vice President of the United States just a couple of short years later.

Yet that’s exactly what happened yesterday afternoon when the women sat down for a rare round-table discussion with pro-life Vice President Mike Pence one day ahead of the March for Life.

With babies in tow, the women had flown to D.C. for Heartbeat International’s Babies Go to Congress, an annual event in which women helped by pro-life pregnancy centers share their incredible stories with lawmakers on Capitol Hill.

Already nervous about their congressional meetings, the women now prepared to meet the second most powerful elected official in the country. Luckily, all they had to do was be authentic and share their testimonies, right from the heart.

Impressed with the women’s courage, Vice President Pence thanked them for sharing their stories and offered encouraging words to the group about the future of life in America.

“Yours will be the generation that restores the sanctity of life to the center of our nation,” he told the table of moms from Babies Go to Congress and pro-life students from Students for Life of America. He attributed that to the major growth of America’s pregnancy help centers.

Tweet This: “Yours will be the generation that restores the sanctity of life to the center of our nation.” @VP @HeartbeatIntl @StudentsforLife

Jor-El Godsey, president of Heartbeat International, discussed the pregnancy center network’s latest addition: Abortion Pill Reversal and the Abortion Pill Rescue network of providers. The rapidly growing antidote to the chemical abortion pill (mifepristone, or RU-486) has saved more than 500 babies since the treatment was first used in 2007. 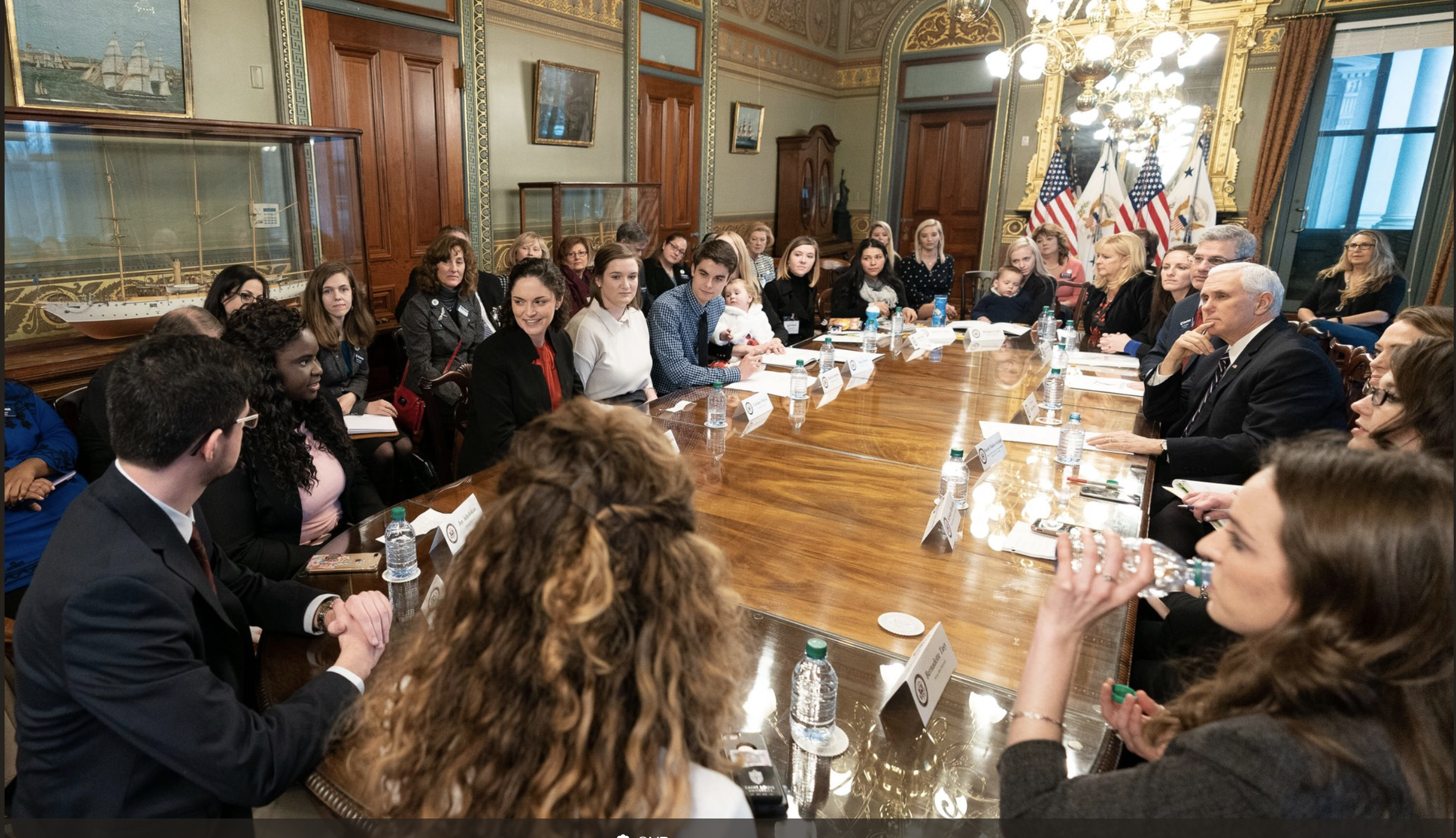 Vice President Pence’s pro-life accolades are plenty. Known for his efforts to de-fund Planned Parenthood in Congress, as well as his pro-life tenure as governor of Indiana, Pence has described himself as unapologetically pro-life.

“Let me be clear: People who know me well know I’m pro-life, and I don’t apologize for it,” he once said. “I want to live to see the day that we put the sanctity of life back at the center of American law, and we send Roe v. Wade to the ash heap of history, where it belongs.”

He reiterated that yesterday, saying that the reason he first ran for office so many years ago was “for the babies.”

“I really do believe this is the calling of our time,” he told the room. 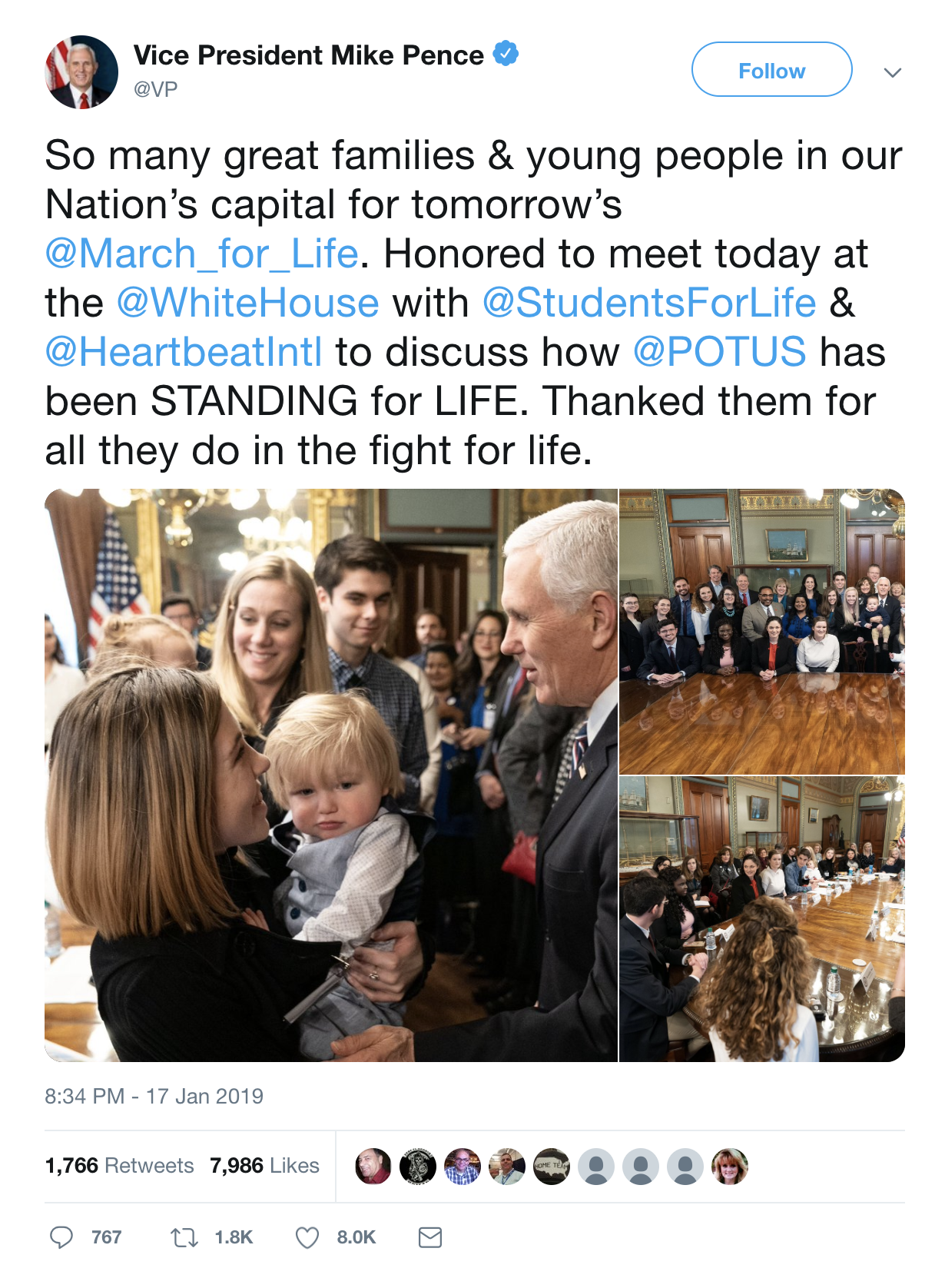 All across the country, thousands of pregnancy help centers are assisting and empowering millions of women, men, and children. In 2017 alone, pregnancy centers served nearly 2 million clients with free pregnancy tests, ultrasound scans, parenting classes, and baby items such as diapers and baby clothes.

These services have been especially helpful to Brittany from California, who first received support from a center when she found out she was pregnant with her son Nathaniel in 2016. Now 5 months pregnant with their second son, Brittany and her boyfriend Daniel continue to seek support at the Foothills Pregnancy Resource Center in Duarte, California.

There, Brittany has found diapers, maternity clothing, and help obtaining health care and a place to live, not to mention a wealth of emotional support.

As Brittany prepares to welcome a second baby, she shares her story with other clients in the hopes of encouraging them.

“I love being a mom,” she said yesterday, as she carried her toddler son through the corridors of the Capitol. “I’m telling you, this pregnancy center has given me everything, I mean, we got a free trip to Washington and we’re getting to meet the Vice President. Everything’s so exciting, it’s very big. And they’ve helped us in so many ways.”

Though nervous when entering the offices of her U.S. Senators, pro-choice Diane Feinstein and Kamala Harris, she was encouraged by the listening ear she received from the senators’ legislative staff.

“At first I was nervous, but just letting them know what (the center) did for me, hopefully changed their perspective,” Brittany said. “And maybe they will get to see, you know that this pregnancy center really did help me. I mean, having Nathaniel in there shows that this is a beautiful life, you know, that they helped bring into this world in a way.” 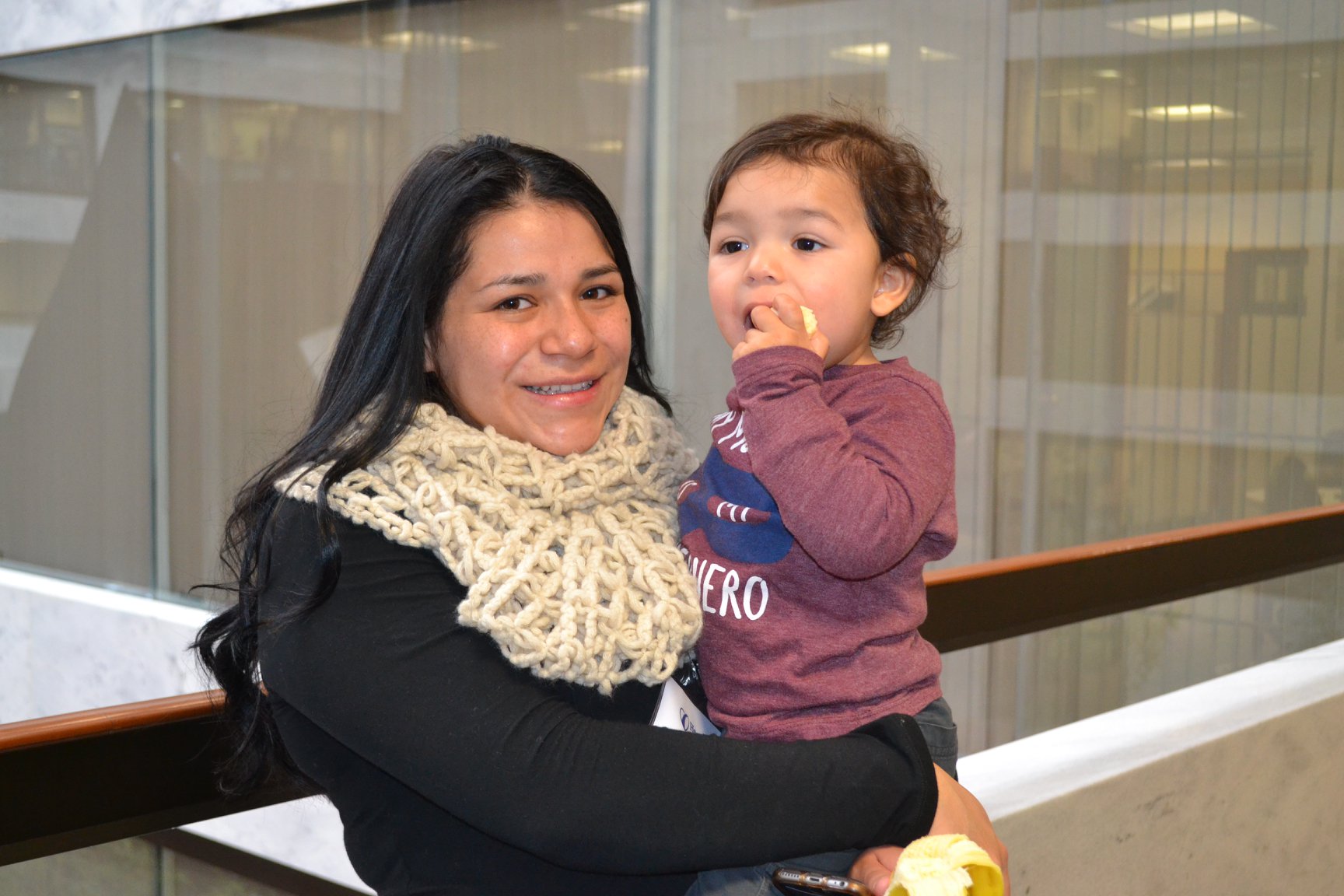 When Elisa relocated to a new city as a single parent of a new infant, she started to feel overwhelmed. Although no longer pregnant, she was informed that Blue Water Pregnancy Care Center could help. Because of the assistance she received from the center, she did not have to utilize other resources for childcare, and has managed to attend school full-time from home while raising her daughter.

“In addition to the knowledge and spiritual growth I have been able to obtain through participation in the program, I have earned an abundance of supplies for my daughter,” Elisa says. “When I think back to a year ago and the doubts I had about attending my first appointment at the center, I feel nothing but encouraged...The Blue Water Pregnancy Care Center has impacted my life on so many positive levels. The staff and volunteers have such a warm, welcoming love for life. I will be forever grateful for each and every one of them." 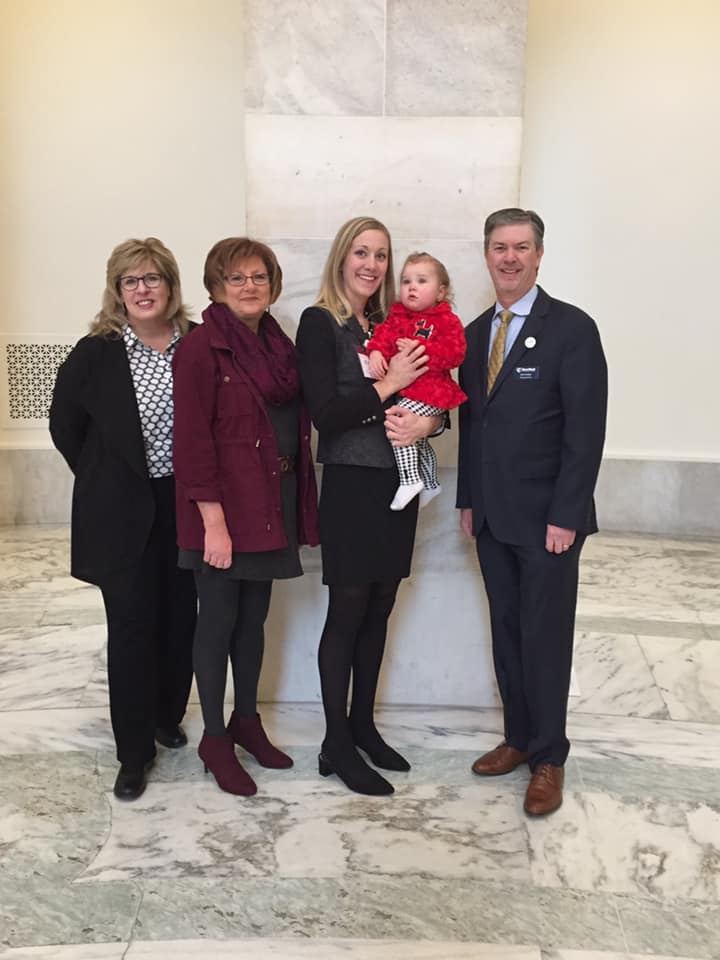 When Faith and one-year-old Noah hopped on their plane to Washington, D.C. this week, it was a first for both of them. Catching wind of new flyers aboard, the pilot graciously invited the mother-son duo into the cockpit for a special look up front.

As extraordinary as that experience was, it wouldn’t be the last first-time experience the pair would share on the trip. Indeed, a visit to the nation’s capital itself marked a major first for Faith and her son.

And as attendees, at Heartbeat International’s Babies Go to Congress, they were about to see much more than monuments. Soon, they would be navigating the halls and tunnels of Congress, bouncing from office to office to share their story about how Noah came to be in the first place. They would even do so with Vice President Mike Pence.

A 21-year-old student, pregnancy, and motherhood were not in Faith’s immediate plans. But with the support of the Pregnancy Resource Center of Rolla, Faith moved into its maternity home, St. Raymond’s House when she was six months pregnant. She has been there more than a year, working on creating a unique life-planning curriculum to achieve her goals and become self-sufficient. 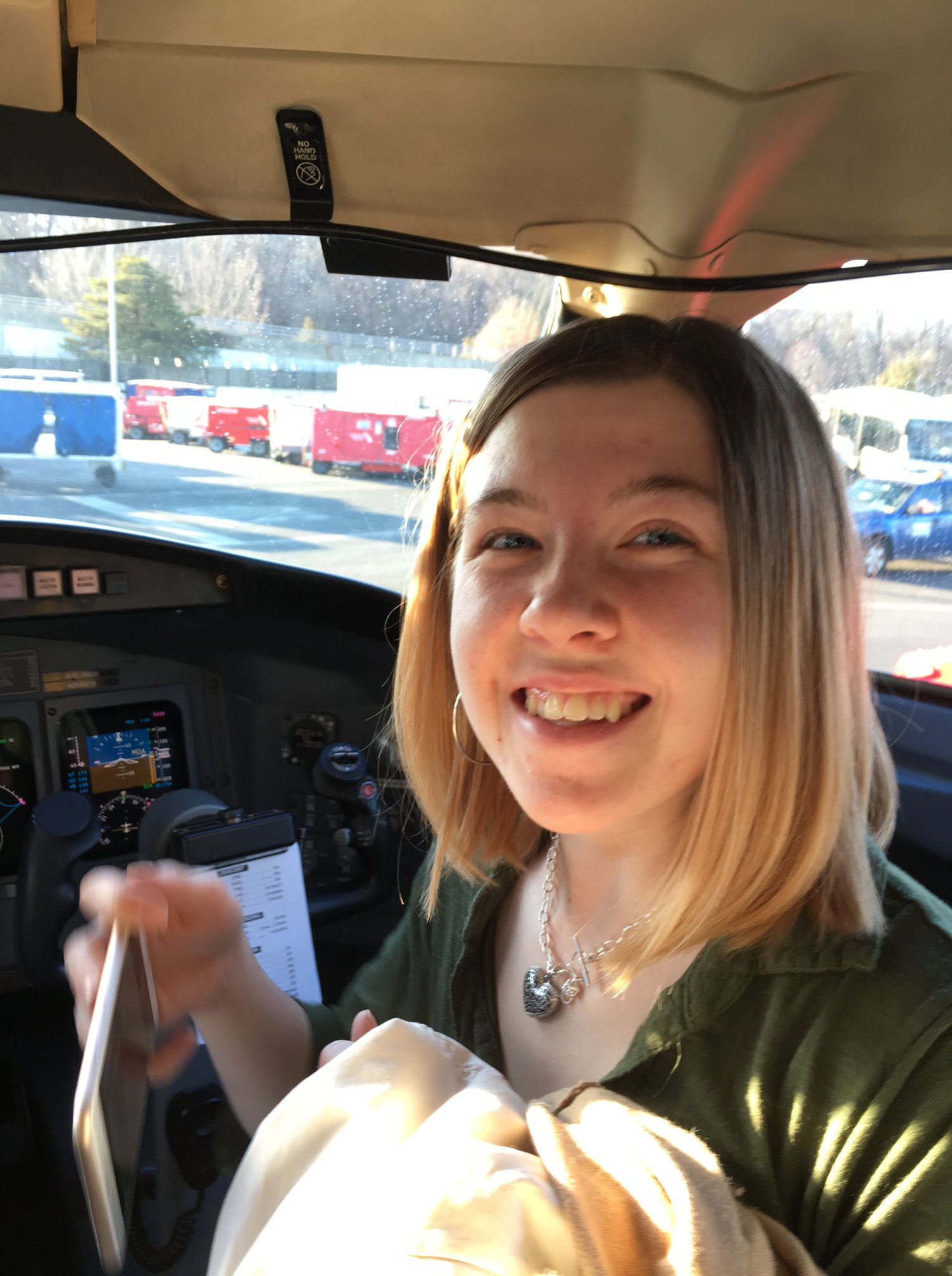 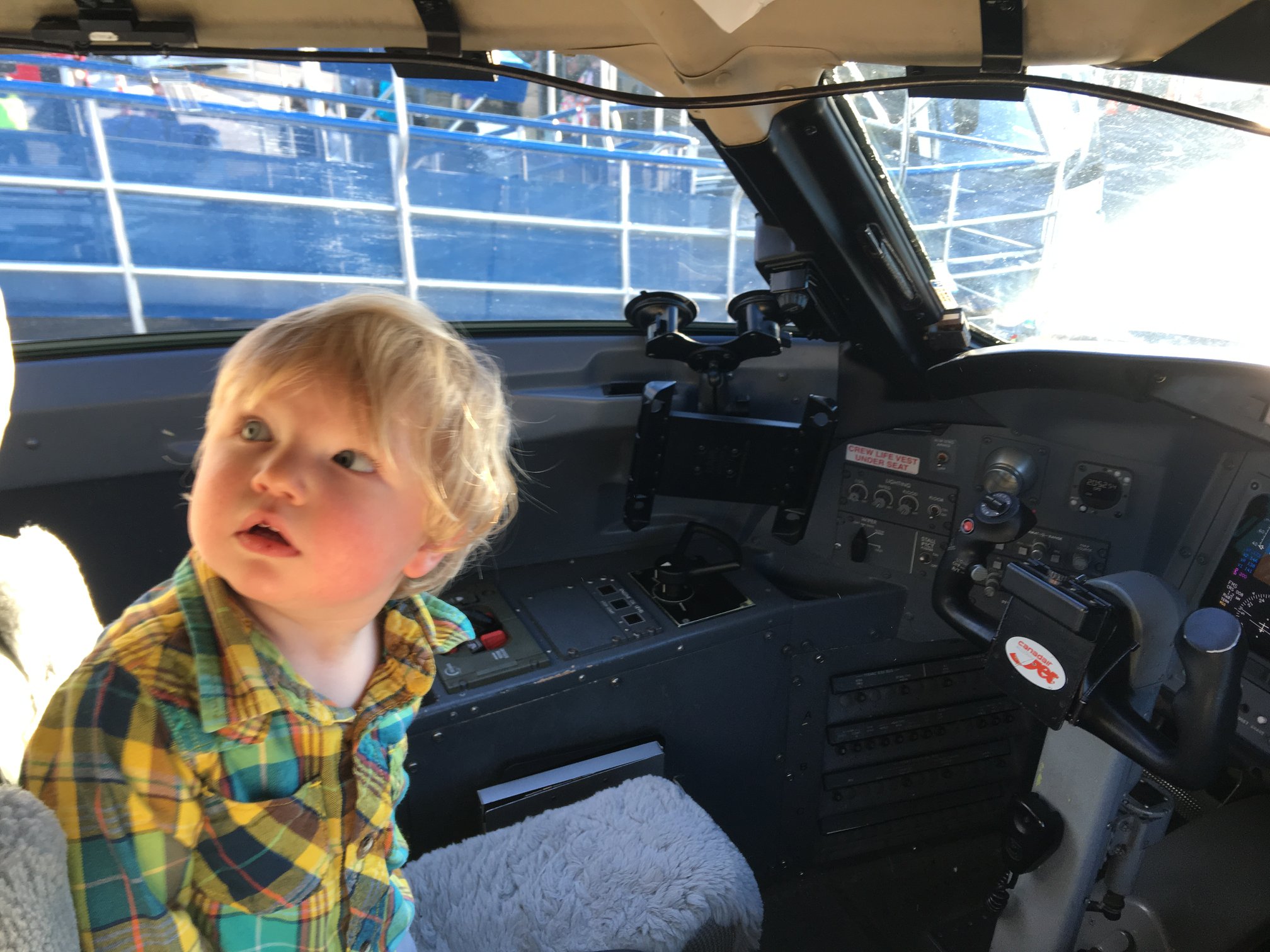 Faith and Noah get a special look at the plane's cockpit on their first-ever plane ride. | Photo Courtesy: PRC of Rolla

As a pharmacy student, seeing that test read “Pregnant 1-2 weeks” was the beginning of a huge change in Brittany’s life. Her first response was to get an abortion. Luckily, she found Hand of Hope pregnancy center where she had an ultrasound and saw a heartbeat of life.

She says that having her baby was the best thing that ever happened to her, pushing her to be the best mom she can be. After a minor break, Brittany has continued pharmacy school as planned.

Today, her message to pregnant women is simple but powerful.

“I want to let other pregnant women know that getting pregnant doesn’t ruin your life, doesn’t have to stop you from doing what you want to do,” she told the Vice President.

Tweet This: “I want to let other pregnant women know that getting pregnant doesn’t have to stop you from doing what you want to do.” 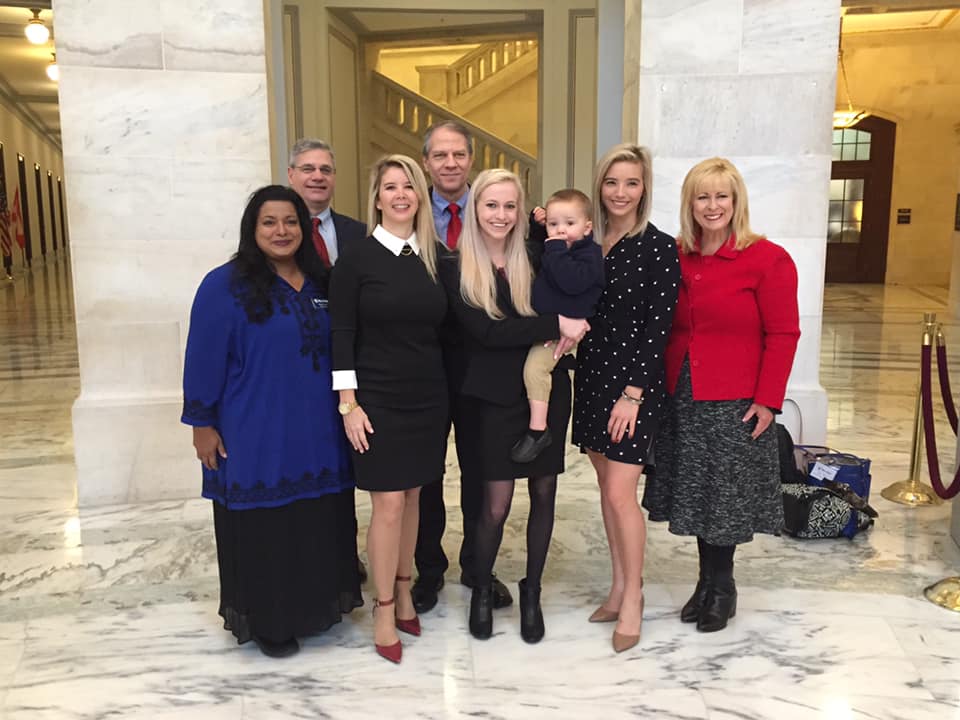