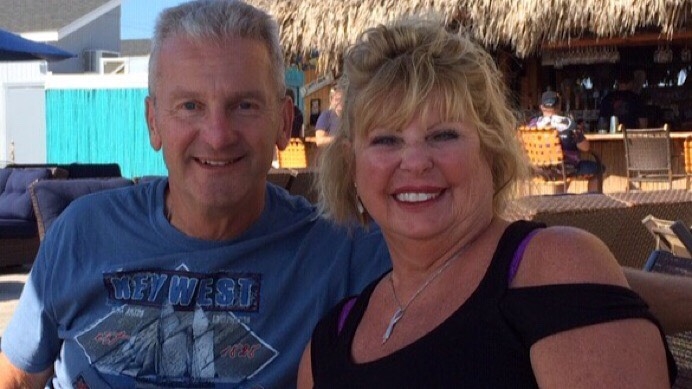 After adopting their daughter Kari almost 30 years ago, Jim and Ruth Heckman are giving back through their involvement with pro-life pregnancy help ministry. Photo Courtesy: Jim Heckman

30 Years Ago, Woman Rejected Abortion and Blessed This Couple Through Adoption

When Jim Heckman and his wife Ruth adopted a little girl nearly 30 years ago, they never realized how that blessing of love would come full-circle. Today, they do.

Their adopted daughter, Kari, is the birth daughter of a woman who came within feet of choosing abortion. Already a mother of three children, the woman chose adoption instead and selected Jim and Ruth to parent her baby. That in itself was a blessing, Jim said, remembering the many challenges that had led up to that moment.

After experiencing several miscarriages, the couple submitted their application to adopt. Then, in 1985, shortly after giving birth to a son, the couple found out they were expecting again.

But sadly, when Ruth was in her second trimester, the Heckmans learned the baby had an unsurvivable birth defect, and their little girl was born at 26 weeks.

“We had her for a couple of minutes,” Jim recalled. “We went from really high to really low.”

Soon after, they found out their adoption application was approved, and a home study would take place.

“We had forgotten we’d put our name in,” Jim said. “We needed that uplift.”

About a year after the Heckmans lost their first baby girl, they gained a second through the gift of adoption.

The pivotal moment came when Kari’s birth father simply dropped her birth mother off at an abortion facility.

“The father of this child didn’t want to be a father,” Jim said.

But thankfully, her birth mother couldn’t go through with it. Instead, she made an adoption plan through Lutheran Social Services and chose the Heckmans as the family for her baby.

“We were—and are—incredibly blessed by her courage,” Jim said.

Tweet This: “We were—and are—incredibly blessed by her courage.” @HopeClinic1 #Adoption #prolife

The Wonderful Circularity of God’s Plan

Today, Kari has children of her own, and Jim is returning the favor as the executive director of Hope Clinic, a pro-life pregnancy help center with locations in Berne and Decatur, Indiana. 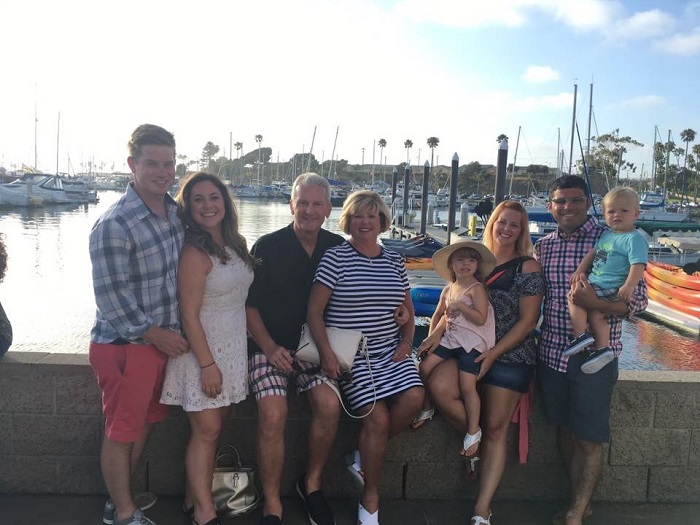 The Heckman clan on vacation in 2017. Since this photo was taken, Kari and her family (on the right) have added another son. The Heckmans' son Drew and his wife Sara (on the left) welcomed their first born this September. | Photo Courtesy: Jim Heckman

A former business owner, Jim didn’t envision becoming the leader of such an organization.

“I never planned on being in this ministry,” he said. “When I retired, after we sold the business, my wife learned about the Hope Clinic needing male volunteers to minister to the dads. So, I began volunteering—I wanted to find a way to give back. That was the first time I really became aware of places like this.”

As the former director began making plans to move on, she encouraged Jim to apply for her position. He was hired in the summer of 2015 and has added services and doubled the staff size. 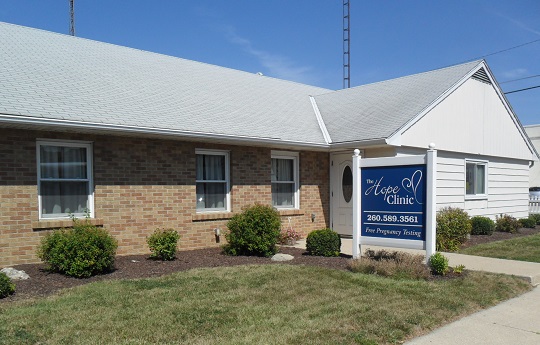 “It’s not as easy as it was (to get to abortion facilities), but if someone wants to get an abortion, they will go,” Jim said.

His centers are prime to reach these women before they make a road trip.

Medical since 2005, Hope Clinic offers pregnancy testing, ultrasound, and STD testing. With a portable staff that spends two days a week at each location, Jim says they are serving the needs of both areas, even offering evening hours.

Two part-time nurses work with the Nurse Manager, and a director of Family and Lifestyle Ministry provides parenting classes and addiction programs. Additionally, a young woman who began as an intern with “a passion for this ministry” became the organization’s social media and community outreach coordinator, Jim said.

“Outreach is so important if we are to live our mission to be the first choice of anyone facing an unplanned pregnancy,” he said. “She’s brought a lot to the game. The entire staff is so strong, and we’re blessed with a supportive community that has allowed us to expand this ministry.”

As Jim prepares to take a step back before year-end, reducing his in-office hours and working more from home, he reflects on the blessing of love shared and the “wonderful circularity of God’s plan,” noting nothing is coincidental.

“God planted a seed back then,” Jim said. “Women like Kari’s birth mom—that’s who we serve, that’s who we see all the time at these pregnancy centers. I love that, and I love what I do! If we’re just faithful enough, we’ll all get to look back over the road map of our lives and we’ll see God’s plan very clearly.”