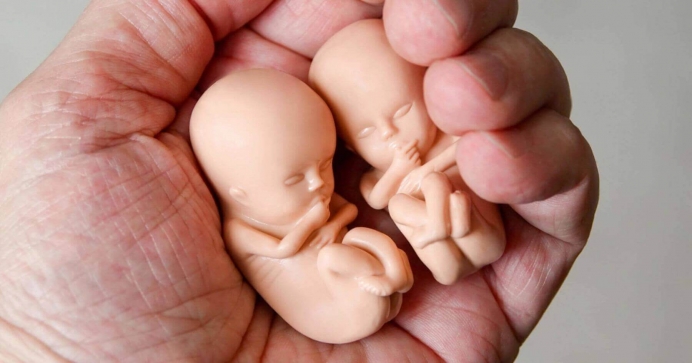 As part of the ongoing row between Westminster and Stormont over the commissioning of abortion in Northern Ireland, the Department of Health in Northern Ireland released figures showing that since 31st March 2020 there had been 1,345 abortions in the region.

A number of parties, including the DUP and Aontú, have been highly critical of this move, with leader of the DUP in Westminster, Sir Jeffrey Donaldson saying: “It creates a very dangerous precedent when the government at Westminster intervenes to go over the head of the Executive and Assembly in circumstances where that Executive and Assembly is fully functioning and has the right and and the power to take those decisions”.

In a letter from earlier this week to his colleagues in the House of Commons and the House of Lords, Brandon Lewis, commenting on his new powers and how he intends to use them, made it clear that he intends abortion to “become embedded into the health and social care system in Northern Ireland in the longterm”.

After expressing his gratitude to those who helped make over 1,000 abortions in the region possible, Mr Lewis went on to say “this is not enough”.

There is little appetite for further Westminster intervention in Northern Ireland on this issue as shown by the passing of the Severe Fetal Impairment Abortion (Amendment) Bill. Earlier this month, the Bill passed its second stage at the Northern Ireland Assembly by 48 votes to 12.  The Bill, launched by Paul Givan MLA, will provide protections for babies in the womb with disabilities, who currently can be aborted up to term.

Over 27,500 people have signed a petition in support of the Bill and 1,608 people with Down’s syndrome and their families signed an open letter to party leaders in Northern Ireland urging them to support the Bill.

Since the imposition of a new extreme abortion regime last year, abortion has been available in Northern Ireland throughout the first 12 weeks of gestation on demand. The abortion provision also allows abortion on the basis of the sex of the child.

Polling from 2020 showed that the majority of voters only want abortion to be available in cases where the mother’s life is at risk, a position in line with the law before the Westminster Parliament imposed a change on Northern Ireland.

Northern Ireland was the last region of the British Isles to have widespread abortion introduced into the country. It is estimated that 100,000 people are alive in Northern Ireland today who would not have been if abortion were available as it was in the rest of the U.K. This figure was confirmed by the Advertising Standards Authority in 2017.

Tweet This: Northern Ireland was the last region of the British Isles to have widespread abortion introduced into the country.

“The new abortion regime in Northern Ireland is nothing short of tragic and the 1,345 lives lost to abortion in the region are sadly just the beginning”.