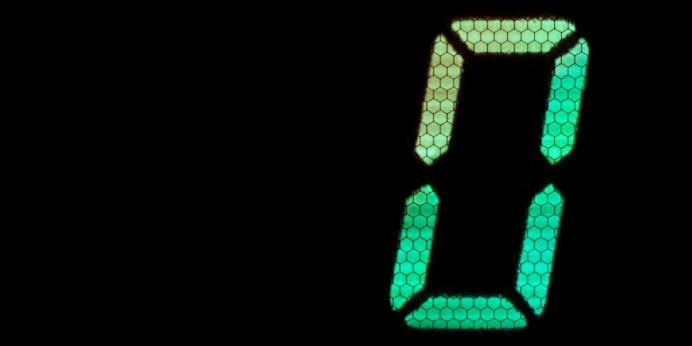 Zero is My New Favorite Number

Full disclosure: I am Kirk and I’m a political junkie. There. I’ve said it. It’s out there and if you keep reading, you know what you are getting into. Yet, this is not actually about political happenings, but about us.

Yes, I follow politics too closely. After reading my Bible in the morning, my next step is often political blogs where I try to get a sense of the landscape as the 3,938 Republican candidates for president jockey for position on the national stage. Or, I’m watching the Democratic side, where stories of classified emails are on the front-burner, no one can figure out which lives matter (well, we know unborn lives aren’t on the list) and everyone is asking, “Will Joe run?”

As I write, the story for those who believe unborn lives matter is on Capitol Hill, where Senate Majority Leader Mitch McConnell (R-KY) is telling the media there will be no government shutdown over de-funding Planned Parenthood.

The Republican leadership it seems, wants to play “the long game.” The hope—apparently—is that by making Planned Parenthood a long-term political issue instead of forcing the issue today, Americans are more likely to elect a Republican president who will then de-fund the abortion giant.

I get political strategy. I’ve been a part of it, having worked in several small campaigns years ago. I thought about throwing my hat in the ring as a candidate once; I see what they are trying to do.

But here’s the problem: The reason Republicans don’t want to have a fight over Planned Parenthood now is over fear that the battle will hurt them at the polls in 2016.

We don’t know for certain, but there may be no action on Planned Parenthood in the coming budget battle. That’s a shame, pure and simple.

Yet, this underscores what we have known since this country’s founding; great social movements are not top-down initiatives which begin in Washington. No, societal shifts come about from the grass roots until they become so large and so powerful that those in Washington understand that they must follow the movement or be left behind.

I don’t write this as a political cynic or an old curmudgeon; but as an optimist. And the optimist in me tells me the shift toward life is growing. We may not be at the tipping point yet, where Washington will take notice and act, but that day may be on the horizon.

And the fact is—as I’ve pointed out on hundreds of occasions—we don’t need Washington. The truth is, Washington (and political points of power around the world) needs all of us in the pregnancy help community.

Here’s a case in point: As I was writing this, I grabbed a phone call from an old friend in the pregnancy help community. He’s served as an executive director, a regional coordinator, a coach for start-ups, and an expert on getting our centers back on track.

“Our county had 261 abortions as of the last report we received,” he told me as I was writing this. “At our upcoming banquet I’m going to share my goal; that by 2020, that number will be zero.”

His mission is bold. It’s audacious. It’s not realistic. And it is exactly the kind of goal that I believe makes God smile. God loves those who don’t focus on reasonable expectations or on practicality. He works through the fearless; men and women like my friend.

My friend is not waiting on Washington. Instead, in a few weeks he will stand in front of several hundred people at his fundraising banquet and declare a goal—ending abortion in his center’s service area in the next five years—that some may regard as foolish and far-fetched.

Don’t get me wrong here; it is important to see Planned Parenthood de-funded.

But more important? We need a pregnancy help community determined to do the seemingly impossible. Every woman and man who comes in our door needs our love, our compassion, and access to the services they need so that they have every opportunity to choose life.

Tweet This: We need a #prolife community determined to do the impossible. @KirkWalden #DefundPP

My friend’s goal is “Zero.” It’s my new favorite number. If all 2,500 or so centers in the United States, and the thousands more around the world adopted this goal, Planned Parenthood and the other abortion zealots would soon be out of the abortion business, funding or not.