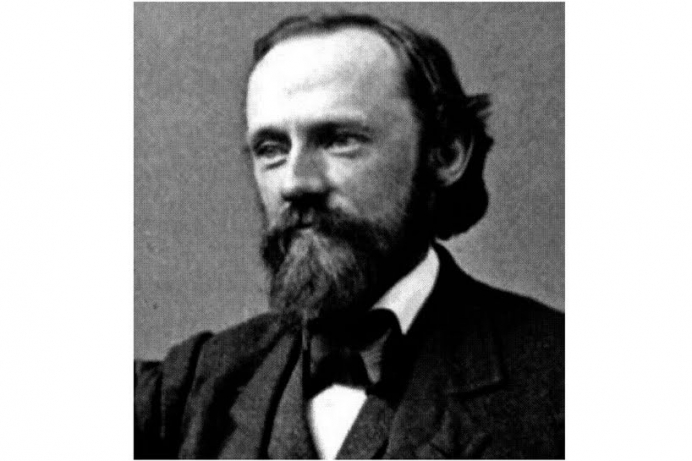 You’re Alive Today Because of this 19th Century Doctor

Frederick N. Dyer obtained his Ph.D. in Experimental Psychology from Michigan State University in 1968. He has taught psychology at the University of Alberta and Auburn University, and worked as a research psychologist for the U.S. Army and the U.S. Navy. He is the author of Champion of Women and the Unborn, Horatio Robinson Storer, M.D. and The Physicians' Crusade Against Abortion. He runs a website with more information about Dr. Horatio Storer, about whom I recently spoke with Dyer.

You’ve called Horatio Robinson Storer “the most important person in the United States in the nineteenth century.” Who was he, and why is he so important?

Dr. Storer was a Boston physician who lived from 1830 to 1922. He obtained his M.D. from Harvard in 1853 and studied in Scotland for more than a year with Dr. (later Sir) James Young Simpson. He began practicing medicine in 1855 and found that the medical problems of his married Protestant women patients frequently were related to their having had abortions. He learned that many other physicians were experiencing the same phenomenon. He carried out extensive research and concluded in the 1859 American Medical Association Report that “thousands and hundreds of thousands of lives are… directly at stake, and are annually sacrificed” as a result of abortion.

He singlehandedly brought the American Medical Association into the fight against abortion. The Association convinced state and territorial legislatures to pass the stringent laws against abortion that were overturned in 1973. The laws prevented millions of abortions during the century they were in effect. The millions of babies born as a result of these new laws typically grew up, married, and had children. Most of us have at least one direct ancestor who was born because of the laws against abortion. A quantitative proof of the profound effect these abortion laws have had on who is alive today in the U.S. is given in my article for the Washington Times, “19th Century state abortion laws probably allowed you to be born”.

Not many people have even heard of Dr. Storer. Why is this?

One reason is that abortion was an incredibly taboo subject. Even a biographer who praised Storer in the March 1917 edition of Catholic Convert did not specifically mention Storer’s efforts against abortion, referring only to Horatio’s “recognition of high principles of morality with regard to the many questions where medicine touches morals.” Another reason is that pro-choice historians have been unwilling to admit that it was primarily concern for the unborn that led to the laws against abortion that were overturned by Roe v Wade. When Storer and his role in the crusade have been mentioned by these historians, his pro-life motives are downplayed or not discussed. Frequently, a fictional “regulation of medicine” motive is given as the reason that Storer and the American Medical Association successfully lobbied for stringent laws against abortion.

How did you become aware of Storer’s strong concern for the unborn?

I was writing a chapter on U.S. abortion history for a book showing that abortion was a human rights issue and that one did not have to be religious to be pro-life. Historian James Mohr’s 1978 book, Abortion in America, made me aware of Dr. Storer, but it was only when I read the passage below from a January 1859 medical journal article written by Storer that I became aware of his strong pro-life view. After I read this, I decided instead to write a biography of Dr. Storer.

If we have proved the existence of fœtal life before quickening has taken place or can take place, and by all analogy and a close and conclusive process of induction, its commencement at the very beginning, at conception itself, we are compelled to believe unjustifiable abortion always a crime.

And now words fail. Of the mother, by consent or by her own hand, imbrued with her infant’s blood; of the equally guilty father, who counsels or allows the crime; of the wretches, who by their wholesale murders far out-Herod Burke and Hare; of the public sentiment which palliates, pardons, and would even praise this, so common, violation of all law, human and divine, of all instinct, of all reason, all pity, all mercy, all love, we leave those to speak who can.

If James Mohr had quoted these words in his book, there would have been little doubt in readers’ minds that it was concern for the unborn victims that made Horatio Storer an opponent of abortion. The passage also shows that the “public sentiment” toward abortion in 1859 was not that different from the “public sentiment” today. Given that dismal state of affairs, the time was ripe for a champion of the unborn to act, and the superbly-gifted Dr. Horatio Storer admirably met the challenge. It seems it was relatively easy to get the American Medical Association to oppose abortion in the 19th century. Why was that the case?You may be underestimating Dr. Storer. There was no mention of abortion in the Code of Ethics of the Association or in any proceedings of the Association until the Committee on Criminal Abortion was formed in 1857 at the request of Dr. Storer. Dr. Storer selected his committee members from among well-known physicians from diverse locations from around the country. Storer wrote the Committee Report, which the members signed. Storer also wrote the 1860 American Medical Association “memorial to Congress and the several State legislatures of the Union, with the prayer that the laws by which it has been attempted to restrain and punish abortionism may be revised, and such legal enactments provided as the heinousness of the crime demands.”

You’ve written that the 19th century had its own quiet abortion holocaust. Why was that?

Many women were not committed to raising large families and childbirth was painful. Laws against abortion, if they existed at all, typically did not make abortion a crime until quickening – the point in pregnancy when the mother felt movement of the child. An abortion that took place before the mother could feel her child’s movements could be rationalized as an innocent act. There were also unscrupulous doctors and midwives who were more than willing to take money for producing abortion.

Storer became Catholic later in life. What was his religion before, and why did he become Catholic?

Storer was a Unitarian when he started the physicians’ crusade against abortion, but in his books he repeatedly praised the Catholic Church for its successful prevention of abortion in Catholic women. He and other physicians criticized the Protestant clergy for not taking a stronger role in opposing abortion, which was primarily occurring among married Protestant women. A notable exception was the editorial, “Criminal Abortion,” published March 13, 1867 in the Chicago-based Northwestern Christian Advocate.

On September 20, 1876, Storer married the nurse who restored his health after he nearly died from a surgical wound infection in 1872. She was a devoted Catholic, and Horatio converted to Catholicism in June of 1878.

Why weren’t there laws against abortion before Storer advocated for them?

There were laws in a few states, but typically they did not make abortion a crime until quickening and, of most importance, they did not recognize the unborn child as the victim of the crime.

How can we learn more about Storer?

The publisher still has a few copies of Champion of Women and the Unborn, Horatio Robinson Storer, M.D. and The Physicians' Crusade Against Abortion. Used copies of the books cost much less at Amazon. My new website contains an immense amount of material on Dr. Storer, including the his 1859 AMA Report on Criminal Abortion and his 1860 AMA “Memorial to Congress and the several State legislatures of the Union." The website also has links to eight of Storer’s books and links to the seven volumes of the Journal of the Gynæcological Society of Boston that Storer edited from 1869 to 1872 (Storer also can be considered the founder of American gynecology).

This article first appeared Sept. 12, 2013 at Aletia.org at the following link: here. Republished with permission. All other rights reserved.