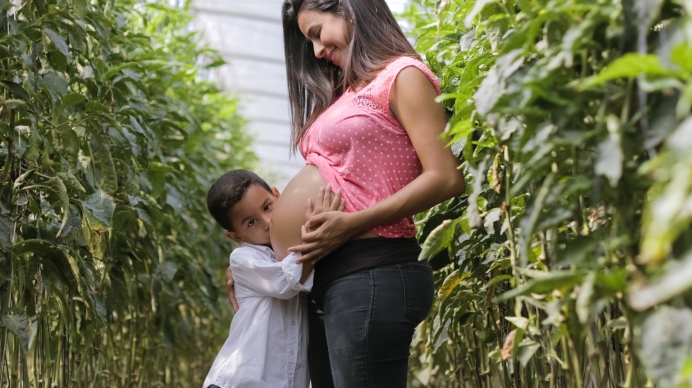 Yes, pro-life pregnancy centers are absolutely essential - especially in a time of crisis

When the COVID-19 pandemic overtook America last month, it seemed as though our country might be entering a uniquely unifying phase of existence. Partisan politics gave way to a collective heroism—a shared effort to serve the common good by fortifying the U.S. healthcare system, thereby saving countless human lives.

But within days of the first health orders being issued across the U.S., the naivety of that belief became all too clear as one particular industry decided it would flout those orders.

Soon enough, states were combatting not only a novel coronavirus, but also a recalcitrant abortion industry.

States like Ohio ordered the postponement of all elective surgeries and other procedures in hopes of preserving personal protective equipment (PPE) for the projected coming swell in life-threatening coronavirus cases that would require hospitalization.

But abortion facilities in these states decided to stay their course, aborting unborn babies under the claim that abortion is “essential.”

Now, a month later, the abortion lobby is at war with different states over these orders and is trying to deflect criticism by attacking pro-life pregnancy help centers.

According to the subheading, “Facilities that usually aim to convince women to continue pregnancies remain open in Texas, Ohio, and Alabama, where officials have issued abortion bans.”

Both of these statements are based on the grossly over-dramatized lie that any of these states have “banned” abortion in the first place.

While the Texas order has been branded an “abortion ban” by just about every news outlet, including the New York Times, it is anything but.

It is in fact an order to postpone all elective surgeries and procedures. The same is true for Ohio’s and Alabama’s orders. Labeling any of these orders an “abortion ban” would be the equivalent of labeling them an “oral hygiene ban,” since many dental procedures also fall into the numerous elective procedures that must be postponed at this time.

But that doesn’t make for quite as sensational a story.

Once we dismantle this lie, the abortion lobby’s claim to victimhood collapses.

They have not been singled out by a power-hungry opposition hoping to capitalize on this moment— and interestingly neither have pregnancy help centers demanded special permission from the state to stay open.

But you would think so if you spoke to NARAL Pro-Choice America.

According to VICE, a spokesperson for the abortion lobbying organization “condemned the anti-abortion centers,” saying:

“Anti-choice organizations are and have always been consumed with ending legal abortion by any means necessary, and that they're exploiting the COVID-19 pandemic to push their unpopular agenda illustrates there is no low they will not sink to… Amid a global pandemic, they are actively pushing disinformation and bucking science to suggest that abortion is not essential or time-sensitive care.”

Amid a global pandemic, they are actually providing a flurry of services and resources to women and children in need, all while working to maintain the safety of clients, staff and volunteers.

As many families have struggled to secure crucial items such as diapers and formula, pregnancy help centers have come to the rescue with countless donated items.

Over the last month, the Pregnancy Center of Greater Toledo, Ohio, has seen a 33-percent increase in clients who were actively pursuing an abortion or were considered vulnerable to abortion. They also experienced a 200-percent increase in demand for diapers and formula. With an influx like that, the center’s team has taken to personally delivering these items to families who couldn’t come into the center.

The flood of women in need isn’t unique to this one pregnancy help center.

Since the crisis took hold in the United States, calls to Option Line (800-712-4357)—a 24/7 bilingual pregnancy helpline operated by Heartbeat International—have jumped 30-percent. That amounts to more than 35,000 contacts they have received in the last month.

“We are seeing lots of families in desperate need of essential supplies like formula,” Kennedy said. “We had one mom who was weeping on the phone because she was on her last ounce of formula and had nothing else to feed her newborn. We were able to get her connected with a pregnancy help center in her area that could meet her need. She was so grateful!”

As more and more people have been pushed out of their jobs, this kind of support means everything to moms in need.

Not only do new and expecting mothers have to face the fears of a dangerous disease sweeping the globe, but they are also struggling with unemployment, feeding their children, isolation, and the loss of child-care—along with so many other challenges attached to the current crisis.

To provide some level of comfort during this time of distress, Option Line staff have been taking on extra hours, ensuring that no woman feels totally alone amidst the chaos.

And while the pregnancy help community continues to step up to serve women in need, the abortion lobby’s anti-pregnancy center narrative is creeping into more stories.

“Even as many businesses close temporarily, anti-abortion pregnancy centers remain open,” reads one report from the Associated Press. “Virginia-based Care Net, which oversees about 1,100 centers, evoked the pandemic in a fundraising appeal, noting that unplanned pregnancies may rise during isolation and ‘our centers need to find creative ways to serve these parents and empower them to choose life.’"

This story, now reprinted dozens of times by a variety of news outlets, also intones the lie that states have “banned abortion” and feeds the fatal belief that women “need” abortions, no matter the risk to them.

As an example, abortion advocates are pushing for more chemical abortions to be done at home and easier access to the abortion pill.

Tweet This: During the pandemic abortion advocates are pushing for more chemical abortions to be done at home and easier access to the abortion pill.

"More people will need abortions during this pandemic," said one attorney who defends do-it-yourself chemical abortions. "Targeting people who end their pregnancies at home is wrong as a matter of law and dangerous as a matter of public health."

The reality of what she supports is depicted in two haunting stories told by the chief medical officer of Planned Parenthood Hudson Peconic in New York - put forth as heroic.

"We provided a medication abortion to an EMT while she was sitting in her ambulance," she told the AP. "We provided abortion care to a mother who was at home with her children running around behind her."

How drastically this contrasts with the work of pregnancy centers and the broader work of policy makers who are attempting to save lives during this global public health crisis.

Notice that while pregnancy centers are helping to feed children, Planned Parenthood is eliminating them. Which of these sounds like “essential” work to the rational mind?

To me, it’s clear: While the abortion industry fans the flames of chaos and fear during an already distressful era, pregnancy centers continue to display the life-saving, essential heroism we all need during a time like this.