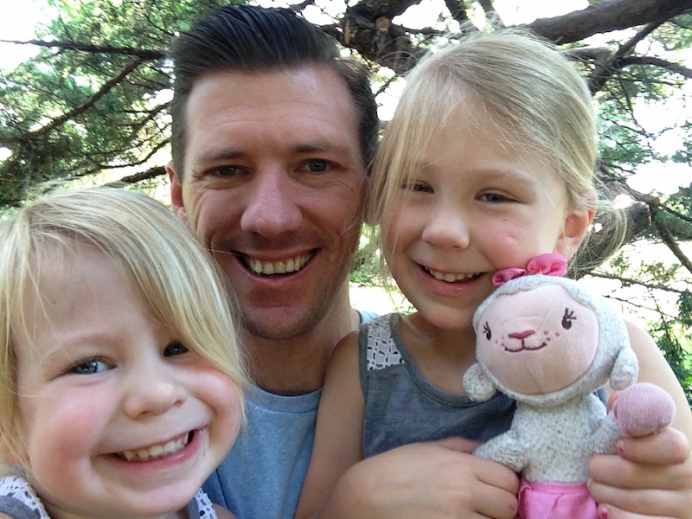 In her memoir, “The Hiding Place,” Holocaust survivor Corrie ten Boom tells the story of a conversation she and her father had when she was a young girl.

While Corrie and her father were on a train ride, she had asked him a question about sex. Rather than answering her directly, Corrie’s father sat quietly, contemplating his next move, before reaching above his head and hoisting down a heavy suitcase.

“Will you carry it off the train, Corrie?” her father finally asked.

After a brief struggle to lift the suitcase, Corrie confessed her inability to heft it off the ground: “It’s too heavy.”

“Yes,” he said. “And it would be a pretty poor father who would ask his little girl to carry such a load. It’s the same way, Corrie, with knowledge. Some knowledge is too heavy for children. When you are older and stronger you can bear it. For now you must trust me to carry if for you.”

Recounting the story—which becomes something of a guidepost throughout the rest of her account—Corrie sums up her reaction to her father’s unexpected words.

“And I was satisfied,” she writes. “More than satisfied—wonderfully at peace. There were answers to this and all my hard questions—for now I was content to leave them in my father’s keeping.”

I first read these words in the hospital room as my wife recovered from the birth of our third daughter, Evangeline Grace, just over a month ago—the fuller truth is, I was also recovering from nearly passing out during the delivery, but that’s a story for another time.

As a father of three precious little girls, this 45-year-old anecdote hit me like a ton of bricks. Daddy’s role, among many, is to protect his children from carrying more than they are able. He must bear the load.

I can still remember my dad and I having “The Talk.” It was after one of his slow-pitch softball games, and instead of tuning into the ballgame on the radio—as was our custom—we sat quietly in the Bronco II my brothers and I would all three learn to drive one day.

“Son, we need to talk about sex,” he said, breaking the silence with the famously direct style he’s passed on to each of his sons.

I don’t remember what else my dad said in that conversation, but I do remember there wasn’t a whole lot of eye contact and there was—certainly—no follow-up questions offered up on my part.

Tweet This: Some knowledge is too heavy for children. A father's job is to bear the load. @hobbnobbin #prolife

What I do remember so clearly about that conversation was my dad’s effort to make clear that sex is a good gift given by our Creator and rightly—shamelessly—celebrated in the context of marriage.

That was the first time I can ever remember my dad even so much as mentioning sex. That was not a topic to be bandied about in our house, and nothing changed with that conversation.

On the subject, I was—to borrow a phrase—“wonderfully at peace.”

What I didn’t fully realize then, but am starting to get ahold of as I watch my girls grow, is my dad was carrying a suitcase of heavy truths for his sons. Only when the time was right, when we were strong enough to handle it, did he hand off the burden.

No doubt in my mind, the world my wife and I have welcomed our daughters into is full of suitcases too heavy for them to carry. I will not heed the call to force these priceless daughters of mine to carry more than they can handle.

One day, my daughters will need to draw upon the living picture of Christ and the church I pray they see in their parents today. They’ll need a vision of marriage that transcends the latest fashion—indeed the earth itself—to live radically distinct lives for the sake of the gospel.

They'll need a vision of life itself that far outweighs the prevailing minimalistic notions of the value of life. They'll need to learn to show love and respect even to those would seek to do them harm.

One day, they will grapple with a culture that absurdly insists a man can be a woman because gender is a state of mind, but that we must celebrate the nomination of a presidential candidate primarily because of her biological gender.

One day, these little ones who storm the door when Daddy walks through it are going to notice that he’s not the only show in town. Heartbreak is sure to come. Tears are sure to flow. Unconditional love and acceptance are sure to be affirmed.

The One who shed not just His tears, but His blood will be called upon for the help only He can give.

One day—if God wills it—my sweet girls will carry the load of a sojourner who belongs to another Land. When they’re ready to bear it, my daughters will have no other choice but to shoulder that load.

But for now, they can trust their Daddy to carry the suitcase.