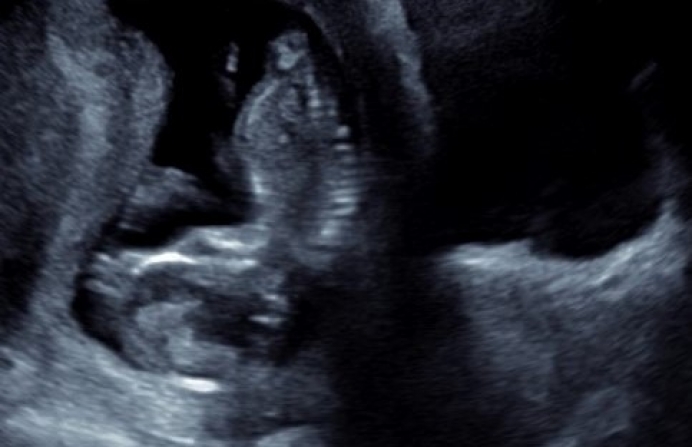 When “Deanna” (not her real name) called the Fort Worth Pregnancy Center, she felt little hope for continuing her pregnancy. However, after her appointment, an ember of light glowed, and that light continues as she approaches the birth of her baby.

“She called in and she mentioned she was considering abortion,” said Karen Fimbrez, nurse manager for Fort Worth Pregnancy Center (FWPC), who took Deanna’s phone call.

The young woman told Fimbrez she had a dose of radiation for cancer treatment before finding out she might be pregnant. Therefore, the nurse manager made an appointment for Deanna to come to FWPC and began conducting research.

“I didn’t know what the implications were (of that type of radiation) for babies,” Fimbrez said. “I wanted to get her in here so I could talk to her and calculate to see whether that baby was conceived before or after that (radiation) pill was taken.”

By the time the young woman arrived at the center, Fimbrez was armed with information to share with her patient. She also learned more about the woman’s situation.

“She was being pressured to abort by several people, including by her oncologist,” Fimbrez said. “The client, however, said she wasn’t necessarily pro-abortion; she had never been able to conceive, and she really wanted a baby. I could see she wanted somebody to agree with her. She was looking for just a bit of hope.”

That’s what the team at FWPC provided. Between the research Fimbrez conducted and provided and the sonogram’s dating of Deanna’s pregnancy, there was likely a window of time so that the radiation treatment may not have had the impact the client, her physicians, and the father of the baby feared.

“She was about six-and-a-half weeks along when we did the ultrasound,” Fimbrez said.

After seeing and hearing her unborn baby’s heartbeat via ultrasound at FWPC, Deanna returned to her OBGYN armed with new information. However, the doctor continued to suggest abortion was the best path. Deanna contacted FWPC again about three weeks later and asked specifically for Fimbrez, who gave her referrals to area physicians who are willing to work with a high-risk pregnancy patient.

“She hadn’t terminated by then and so I was extremely hopeful,” Fimbrez said.

Deanna made an appointment with a doctor Fimbrez had suggested and later learned Deanna felt “comfortable and more encouraged” after that appointment. She returned to FWPC for another ultrasound when she was 12 weeks along and hoped continued to soar, both for Fimbrez and for Deanna.

“It was sad and disheartening that she didn’t have support (when she first came to the center),” Fimbrez said.
However, Deanna discovered support among the staff at FWPC, and though the father of her baby had many concerns early on, he stayed with her, said Jamie Bryant, FWPC’s development director.

Tweet This: "Deanna" found hope and chose life for her unborn child following her visit to the Fort Worth Pregnancy Center

“She found us online, (and) she found hope,” Bryant said.

“She even chose to receive spiritual support at our center,” Fimbrez added.

“We’ve invested a lot in online marketing,” Bryant said. “That’s where our clients are and that’s how Deanna found us.”

FWPC has been providing hope to women in the Fort Worth community for more than two decades. The center celebrates its 25th anniversary this year, Bryant said. FWPC became a medical pregnancy resource center in 2002.

With two abortion clinics within 10 miles of the center, having an online presence is critical. Nine staff and “an army of volunteers” choose to serve clients with excellence, according to Bryant, knowing their work is a matter of life and death.

Although last year’s COVID pandemic halted the service of volunteers at FWPC, “the staff picked up the slack,” Bryant said.

“We are happily welcoming our volunteers back now,” she said.

With much to celebrate in 2021, from the number of years in the community to the return of volunteers, FWPC workers eagerly await the birth of Deanna’s baby in just a few months.

“She is doing great and is in good health!” Fimbrez said.