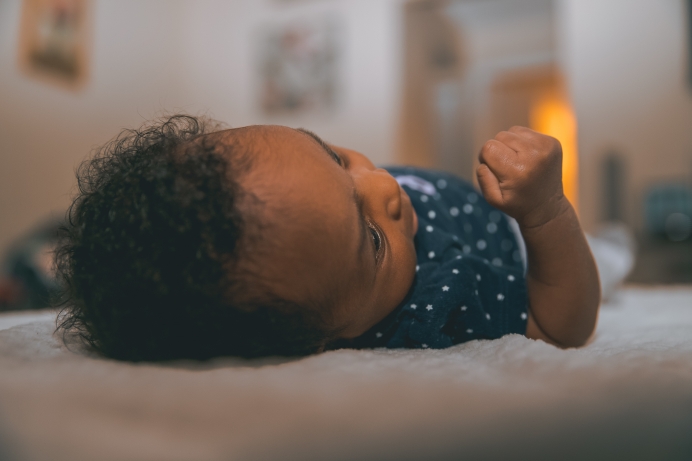 The abortion industry disproportionately targets black women and babies. Without the Hyde Amendment, an additional 120,000 black babies would have been aborted every year since 1980. Over the 48 years since Roe v. Wade passed, that translates into an additional 5,760,000 black lives lost./The Daily Signal Charles Eugene/Unsplash

Why repealing the Hyde Amendment will kill black lives

(The Daily Signal) The Hyde Amendment is under attack. Before President Joe Biden even took office in January 2021, leading Democrats announced their plans to upset decades of bipartisan consensus and fight to repeal the Hyde Amendment.

As Biden pursues his policy agenda this year, activists and Democratic legislators have only sharpened their calls to action, decrying the Hyde Amendment as anti-choice and racist.

Let’s call this amendment what it is: It’s anti-choice and it’s blatantly racist. We know it disproportionately impacts low-income people and women of color. It should never have been signed into law and it’s way past time that it was repealed. The Hyde Amendment has been used by anti-choice politicians to keep abortion care out of the reach for people already marginalized by our health care system.

Sen. Tammy Duckworth, D-Ill., also said in March, “Whatever you think about the [abortion] procedure, we should all agree that what’s legal for wealthy Americans should not be so inaccessible for Americans of color and low-income Americans.”

But the Hyde Amendment is not racist. Rather, abortion is.

Tweet This: The Hyde Amendment is not racist. Rather, abortion is.

It is hard to see the scope of abortion’s impact on black communities without thinking these numbers through. We know that there have been 44 million abortions since Roe v. Wade was enacted. Black babies constituted about 19 million of these abortions. Over 40% of black Americans that comprise about 13% of the country’s population have been aborted.

Without the Hyde Amendment, an additional 120,000 black babies would have been aborted every year since 1980. Over the 48 years since Roe v. Wade passed, that translates into an additional 5,760,000 black lives lost. It is clear that the abortion industry disproportionately targets black women and babies.

When Hyde Amendment opponents call it racist, what exactly are they saying? Would it be less racist if U.S.-based abortionists had killed 5.76 million more black babies, even though the black abortion rate already outstrips the black birth rate in many major U.S. cities? Is it discriminatory to save 120,000 black lives every year? Does anti-racism mean more targeting of black lives for elimination by the for-profit abortion industry?

As a black man, husband, and father, it is hard for me to even imagine the scope of the devastation that abortion has wrought for black men and women. Black Americans have a tremendous heritage and culture to celebrate. In art, politics, music, literature, and theology, black Americans have contributed to the common fabric of America’s history.

But our heritage and our culture are nothing without black lives to live it. By killing black Americans, abortion robs black history of its people. If we want to counter a systemic racism that diminishes black excellence, we need to protect black lives.

The Hyde Amendment will not fix racism in the United States, but it does mitigate some of the harm. I cannot think of anything less racist than protecting and preserving black lives for the future of our culture, communities, and families.

Liberals can complain that the Hyde Amendment influences poor and marginalized black families, such as the families of women who cannot truly afford abortions without ample support from Medicaid.

But if the issue here is the injustice of poverty, abortion is hardly the right response. Black women and families need real support and opportunity. Shoveling more money into the abortion industry provides none of these things.

In the last year, America has started to reckon with the way many of our country’s dominant institutions harm black lives and diminish black stories. We recognize today more than ever before that every black life lost to police violence, disease, or poverty is tragic. We want new laws, new regulations, and new protections to prevent these deaths. Why should abortion be any different?

All told, abortion kills black Americans at a rate far greater than many of us are even capable of imagining. The Hyde Amendment provides some measure of resistance to this deadly trend. Before we start accusing the Hyde Amendment of racism, let’s think about that really means and reckon with what abortion really does to black lives.

Tweet This: Before we start accusing the Hyde Amendment of racism, let’s think about that really means and reckon with what abortion really does to black lives.

Editor's note: Dean Nelson is the executive director for Human Coalition Action, a pro-life organization committed to ending the culture of death, and the chairman of the Frederick Douglass Foundation. This article was originally published at The Daily Signal, the Heritage Foundation's news platform.