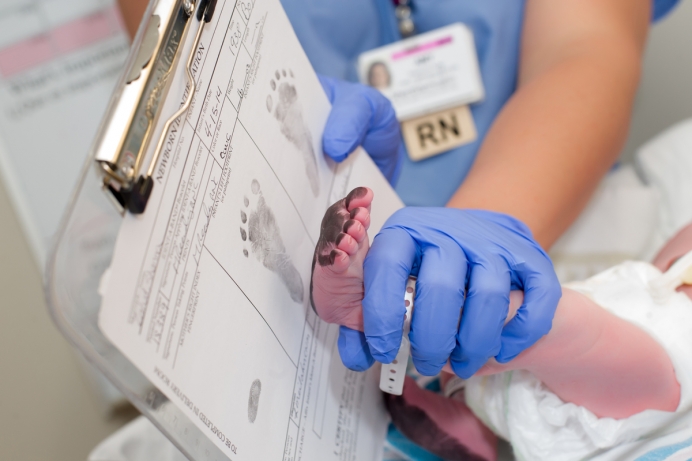 Why I’m Not Fighting to Save Babies

I enter the room quietly, take my seat across from the nervous teen, and gently ask how she is feeling. Her eyes pool.

“Not so good. I can’t believe this is happening to me.”

Her story unfolds. “Courtney” hasn’t yet finished high school, let alone pursued her field of study and career of choice. Her dreams are at stake.

On top of that, her parents don’t approve of the boy. They will be disappointed and angry, she fears.

I’m facing a familiar scenario, one I’ve seen many times as a counselor at a pregnancy help center. My job is to help this young woman understand her pregnancy options, offer her emotional and spiritual support, and help her take hold of hope for both herself and her baby.

Why do I do this? Because I’m fighting to save babies, right? … or am I?

It’s true that the lives rescued by the pro-life movement are those of tiny unborn babies. It’s true that once those babies are born, we rejoice at their delightful, innocent, brand-new presence in the world.

Those infant boys and girls will grow into toddlers, grammar school kids, teens. They’ll be adults one day. We’ll see them on the job, in the grocery store, at church.

And when we see them, we might ask ourselves, “When did the sacred value of their life begin?”

From the first “stitch” that God knit together in the womb. That's when.

Psalm 139:13, 16 says, “For you created my inmost being; you knit me together in my mother’s womb…Your eyes saw my unformed body; all the days ordained for me were written in your book before one of them came to be.”

From His sovereign perspective, God sees every life from beginning to end.

At no point in the continuum is a person less than a person in his eyes.

Tweet This: I'm not fighting to save babies, but people. #prolife @susannemaynes

I saw a comic a few years ago depicting two teen girls talking. The pregnant girl tells her friend, “I think it’s a puppy!”

Therein lays the problem with thinking of the pro-life objective as “saving babies.” The issue isn’t just rescuing darling little infants from being sucked out of this world; the issue is fighting for the fulfillment of human destinies.

As Dr. Ravi Zacharias eloquently explained at a Heartbeat International conference I once attended, God’s answer to human dilemmas is always found in a person. The Israelites needed the right man to lead them out of slavery in Egypt – thank God Moses’ mother was courageous enough to save his life during a time of mandatory male infanticide.

Later, God’s people needed deliverance from various oppressors, and God raised up judges to rescue them.

Ultimately, God’s solution for the biggest human dilemma ever came through the person of His very own Son.

Dr. Zacharias then wondered aloud how many times we have begged and pleaded for help from God – and grown offended at His apparent lack of concern — when in reality, He had already sent the answer, and we destroyed that answer in the womb.

This is why I sit across from troubled women to help them take hold of hope. This is why I pray, my heart breaking, while they wrestle with their decisions.

Not just to save babies. To save people. People who are the apple of God’s eye and His answer to our problems.

Courtney decided against abortion. Her little boy will be born in a few weeks.

Who knows what kind of an answer he will be?