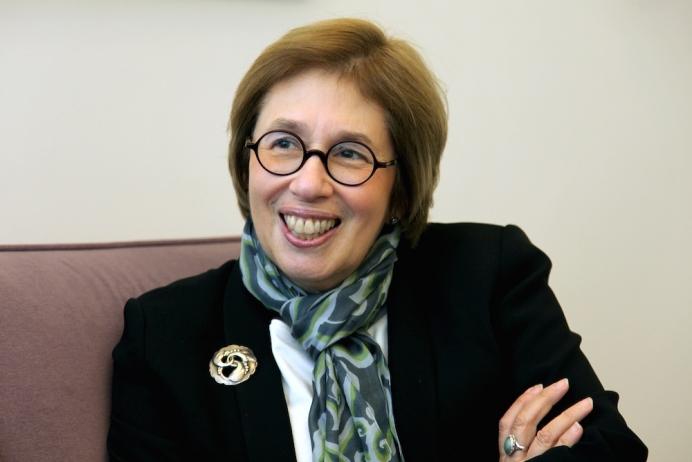 Why Does the New York Times Choose Abortion Over Free Speech?

In an op-ed published Thursday at the New York Times, Yale Law professor and Planned Parenthood donor Linda Greenhouse unleashed a borderline illiterate vindication of California’s attempt to force pro-lifers into parroting a state-approved message in favor of abortion.

Greenhouse won a Pulitzer Prize in 1998 for her coverage of the Supreme Court. But she gave monthly to Planned Parenthood during her three decades as a New York Times beat writer—when she wrote well over 100 stories that mentioned the abortion giant.

In Thursday’s piece, “When the Truth Is Unconstitutional,” Greenhouse makes a full-throated defense of a 2015 California law that is now being challenged before the Supreme Court on grounds that it violates the First Amendment’s free speech guarantee.

Dubbed the “Bully Bill” by the 200 pro-life pregnancy centers and medical clinics it targets, the so-called “Reproductive FACT Act” forces the organizations to post notices in waiting rooms and online at their own expense, telling their clients where and how they can receive a taxpayer-funded abortion through the Medi-Cal program.

Most alarmingly, the law forces pro-life medical clinics offering free ultrasounds to display a phone number for a county social services agency who will help women obtain an abortion. Established as alternatives to abortion, pregnancy centers do not refer their clients for abortion in any way, a fact well-known by the law’s author, San Francisco assemblyman David Chiu.

Aren’t You Missing Something, Linda?

Although it was upheld by the Ninth Circuit Court of Appeals last October, the law was halted in part by a preliminary injunction granted by a California superior court justice Oct. 30, 2017.

In the decision—which Greenhouse ignores entirely in her piece—Justice Gloria C. Trask ruled that the law violates California’s guarantee of its citizens’ “individual freedom of mind” by forcing pro-life persons to speak a government-mandated message that favors abortion.

Elsewhere in her decision, Trask wrote that if the state’s primary goal is to raise awareness as to the availability of its programs, it has several ways to do so, including public service announcements and even purchasing billboard space, “directly in front of [the pro-life] clinic.”

Along the lines of Trask’s reasoning, the State of California—though manifestly inept when it comes to basic governance such as water management, infrastructure and basic accounting—has plenty of avenues to make its citizens aware of taxpayer-funded abortions.

In addition to billboards and PSA’s, California’s government could get really creative and put a decal on Gov. Jerry “Moonbeam” Brown’s imaginary choo-choo that, though still nonexistent and certainly unnecessary, will cost taxpayers $1.7 billion and counting.

Don’t try telling that to Greenhouse, however.

Establishing the “Ministry of Truth”

Give George Orwell credit for predicting the future. In his classic dystopian 1984, Orwell identifies several government agencies established to keep the proletariat in check, one of which, “The Ministry of Truth,” is charged with the sacred duty of disseminating propaganda and rewriting history.

It’s a wonder Greenhouse and others don’t see the irony in calling upon the government to be the final arbiter of truth—especially considering their rabid opposition to the majority party on Capitol Hill and in the White House.

Even though she’s spent her career as a journalist, enjoying all the protections of the First Amendment—her colleague at the Times, James Risen, wasn’t nearly as lucky under the Obama Administration—Greenhouse is fully on-board with a governmental attempt to force unconscionable speech out of citizens who aren’t as A-Okay as she is when it comes to abortion.

No, to Greenhouse, the government should have the unfettered right to force citizens to speak whatever message it deems appropriate—provided she deems the message itself to be accurate.

… this case transcends the subject of abortion. The First Amendment question it presents is doctrinally complex but can fairly be boiled down to this: when is it unconstitutional to require an entity that deals with the public to tell its customers the truth?

Apparently missing the point of her own argument, Greenhouse equates a government-mandated signage requirement with mere truth-telling, as if that’s truly what’s at stake. If the truth were really the issue, as Greenhouse argues, California could make use of its false advertising law and its citizens could file criminal and civil complaints against pregnancy centers accused of lying to women.

While Greenhouse is busy cherry-picking from the original bill’s rationalization—which relied solely upon unfounded allegations from pro-abortion group NARAL Pro-Choice America—she again omits a key piece of information: There’s no evidence to support NARAL’s decades-long charges, as an investigation by the City of Los Angeles discovered last year.

On the contrary, it’s precisely because pregnancy centers tell women the truth that well over nine in 10 clients report an overwhelmingly positive experience at one of the nation’s 2,600-plus independent, community-funded centers.

That’s probably why previous attempts to establish state and local chapters of the pro-abortion “Ministry of Truth” have failed so miserably—and at taxpayer expense—in Baltimore, Austin (TX), New York City and Washington State. Current efforts in Illinois, Hawaii, San Francisco, Oakland and Hartford, Conn., are hanging in the balance based on the Supreme Court’s decision.

Just as Orwell’s prophetic “Ministry of Truth” dealt only with propaganda and the advancement of the state's clout, these attacks have zero to do with the truth, and everything to do with forcing political opponents to get in line.

Before ending her piece with an off-handed slight against—who else?—President Donald J. Trump, Greenhouse recites the warning many abortion fans have wish-cast since the Supreme Court decided to take up pro lifers’ challenge last month.

A victory in NIFLA v. Bercerra, Greenhouse blissfully cautions, could undercut a series of state-level pro-life victories that require abortion businesses to give informed consent prior to executing their procedures.

Should every woman seeing her baby via ultrasound, taking a pregnancy test, or receiving free peer consulting, free material aid and post-abortive help be greeted at the door with an advertisement for abortions, plus a handy-dandy phone number she can call right away to get one?

How much information does a woman need before she gets a free ultrasound? My wife and I met our firstborn via ultrasound at a mall by our house, then in California. The whole process was pretty self-explanatory, I can assure you.

Applied in the opposite direction, a motivated city or state government could force every abortion clinic—all of which thrive on withholding the truth from their unsuspecting clients—to post prominent signage directing women to local churches, pregnancy centers, or Right to Life groups.

Using Greenhouse’s logic, what’s to stop a red state from doing just that? Are those churches, pregnancy centers and Right to Life groups nonexistent, or just disadvantageous to an abortion mill’s stated mission?

As Greenhouse illustrates perfectly, the government—particularly, you’d think, one led by President Trump—has no business converting its citizens into puppets who speak whatever message the state decides.

It’ll be interesting to see where the Supreme Court lands this spring on NIFLA v. Bercerra, but in the meantime, at least we’ll learn something about what Greenhouse and her friends on the Left really think of the First Amendment.

The more abortion fans find themselves losing the argument out in public, the more fragile free speech will become.