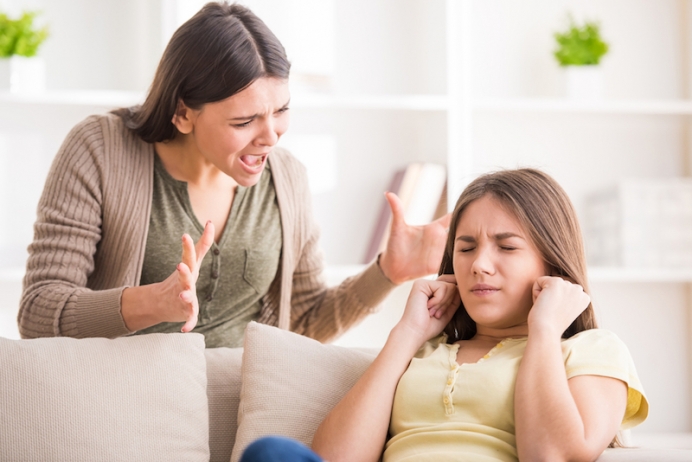 When it Comes to Abortion Extremism, Leave it to the 'Pros'

A former boss once told me, “You can tell who’s losing the argument by who’s raising their voice.”

What seemed like sage advice at the time picks up new relevance with each passing day. Sensing a sea change on the issue, abortion backers are raising their voice… and what’s coming out ain’t pretty.

Just two weeks after committing the unpardonable sin of calling an unborn child by what every sane person would call it under any other circumstance—i.e. “an unborn child”—Democratic front-runner Hillary Clinton is spending her last hours in the run-up to Tuesday’s Indiana primary condemning a law that would protect unborn children with Down syndrome from being targeted for abortion.

Refusing to provide even the slightest protection for the very most vulnerable members of society (babies with Down syndrome are aborted an estimated 90-92 percent of the time), Clinton—the first primary candidate Planned Parenthood has ever endorsed—has no problems calling pro-lifers “extremists,” even comparing those who oppose the practice with “terrorist groups” in a stump speech late last summer.

Promising to do away with the Hyde Amendment that has kept U.S. taxpayers from directly funding abortions since it first became enacted in 1976, Clinton and her Democratic opponent, Sen. Bernie Sanders, are in a virtual race to the top to see who can force taxpayers to fund abortions in a more direct manner than we already do.

You see, contrary to popular rhetoric, it’s not enough for abortion to be a “choice”—one among many.

Continuing to expose preborn babies with Down syndrome to the abortionist’s table precisely because of who they are has nothing to do with choice. Nor does forcing pro-life citizens to fork over hard-earned dollars to not only violate conscience, but rob thousands of their God-given right to life in the process.

“Choice” has nothing to do with going apoplectic when a politician accidently calls a baby a “child” rather than a “fetus”—Latin for “offspring”—or when a tortilla chip brand dares run a Super Bowl ad featuring a preborn child via ultrasound. "Choice" would embrace, not oppose, a community-funded pregnancy center from moving next to an abortion clinic.

"Choice" wouldn't spend its time harassing the very organizations that offer a different point of view (a.k.a. "choice"), which is what Big Abortion is currently doing in California.

"Choice" wouldn't try to use the "threat" of more births as some sort of morbid scare tactic against defunding an organization that "performs" 330,000 abortions every year only to turn around and resell the body parts of the babies it's aborted.

Associating a worldview so dedicated to one, lethal outcome with the word “choice” is doublespeak in the extreme, and about as meaningless as calling a concert ticket price a “mandatory donation.”

But it gets worse. In the wake of the great Donald Trump Abortion Comments Fiasco Part I (or II, maybe III?)—not the time he praised Planned Parenthood, or the other time he praised Planned Parenthood—a number of articles came out on the pro-abortion side, denouncing the pro-life position as either heartless, brainless or spineless. Pick your poison.

Either our viewpoint holds together logically and we are heartless, or we must suspend the logic of our worldview in the name of compassion or cowardice. We can’t have it both ways. And both ways, we lose.

Writing at Bustle.com, Raina Lipsitz concluded that, “Trump’s careless remark revealed what a mass of contradictions the pro-life movement is,” as if the only consistent way to be "pro-life" would be to advocate the hypothetical punishment of women who hypothetically break a hypothetical law.

When Proving Too Much Turns Deadly

Lipsiz’s take was actually a bit generous compared to that of William Saletan at Slate.com in an article titled, “The Pro-Life Case for Murder: Donald Trump suggested punishing women who get abortions. The response exposed the incoherence of the pro-life right.”

In writing his mic-drop piece at Slate, however, Saletan went one massive step further than he probably intended. (I say “probably” because I don’t have the stomach to consider the alternative).

Comparing a hypothetical abortion ban to laws already on the books that prosecute women who kill their already-born children, Saletan posits the following:

If the GOP, its candidates, and the pro-life movement truly believe that the fetus is a person and that a woman who solicits the death of such a person is innocent, they should step forward and demand pardons for these three convicts [women convicted of murdering their born children].

But Saletan’s “gotcha” argument proves too much. By calling on the pro-life movement—special thanks to Saletan for breaking AP Style and using “pro-life” rather than “anti-abortion”—to call for the same punishment of a woman who aborts and a woman who kills her already-born child, he’s actually making the pro-abortion case for murder.

What Saletan is really championing here is infanticide a la Peter Singer, the Princeton ethicist who has argued for decades that there is essentially no difference between abortion and infanticide. As a result, Singer proposes that no newborn should be considered a “person” until up to 30 days after birth.

It’s this kind of thinking that leads to headlines like the following: “Courts must stop judging women who kill their babies as morally ‘good’ or ‘bad,”’ which did not appear—check for yourself—at The Onion.

As those championing a better way forward for mothers facing unexpected pregnancies, we have a duty to not just cry down abortion, but to live out our convictions with love and consistency.

With so much background noise surrounding the issue of abortion—some of which is good and needed—one thing we need to come back to again and again is the fact that we are talking about children here: Kids. (Offspring, if you prefer). Birthdays. Soccer games. Storybooks about dragons, kings and princesses.

The “issue” is life itself. We’re talking about the value of every single life involved in a pregnancy, from mom and baby to dad and grandparents. Every one of their lives matter because every one of them have been uniquely crafted in the image of God.

Tweet This: When we talk about #abortion, we're always talking about children. #prolife #prolifegen

That’s why we can afford to be gladly pro-life, fully opposed to any “procedure” that threatens the lives of the most vulnerable among us—born and preborn alike. Adamantly opposed to any law or measure that facilitates their demise.

And let’s count on Big Abortion's extremists to keep cranking up the volume. After all, they’re losing the argument.