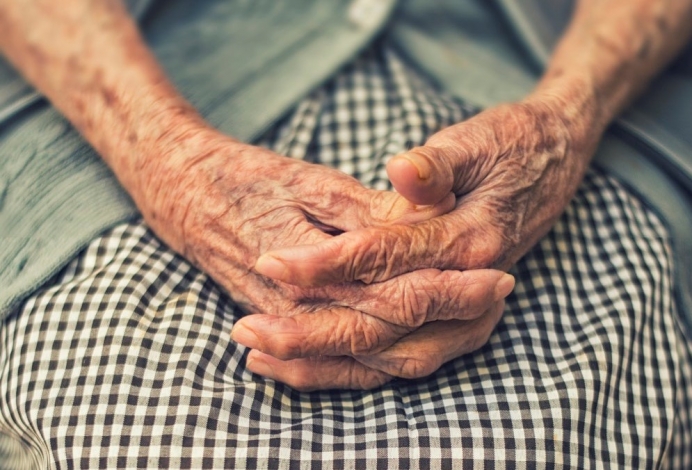 Years ago, the college-student daughter of a woman from my church survived a terrible car wreck. As a result of the accident, Katie could no longer manage the basic functions most of us take for granted.

She couldn’t speak. She couldn’t move. From that point on, she was bedridden and utterly dependent on others, with the lion’s share of responsibility falling on her mother, Barb.

When Katie passed away a few months ago, twenty years after the accident, our whole church mourned. We still feel Barb’s anguish. We miss Katie.

This, oddly enough, serves to illustrate exactly why those of us in pregnancy center ministry do what we do every day.

Worldviews like naturalism and secular humanism would have us believe mankind is nothing special in the grand scheme of things.

After all, we supposedly evolved from lower life forms, with no Creator involved. Our feelings, including love, are merely chemical reactions related to the survival of our species.

Humans, in this view, are a random accident without design or purpose.

With a survival-of-the-fittest framework, it’s easy to buy into the lie that the value of a human being is equal to what he or she can produce or achieve or in some way give back to the community.

But what if the only thing a person has to offer is the gift of their presence? What if they are too disabled or mentally challenged or poverty-stricken to offer anything else?

What if they aren’t even born yet?

From a secular humanist standpoint, such a person (or potential person, as it’s now argued), is disposable. Those who can’t contribute something useful represent a burden to the rest of the species.

Of course, those of us in pro-life work do not accept the low view of humanity offered by this demeaning paradigm. We reject the notion that mankind is no more than an animal, or has no greater value than a machine.

We ground our thinking, words, and actions in the biblical truth of “Imago Dei,” humankind as created in God’s image (Genesis 1:27). From this solid ground, we understand that human value has nothing to do with performance or productivity. Rather, every human being possesses intrinsic value from an external source—our Creator.

This understanding is a game-changer. It means every human being has something significant to offer, merely by existing.

In other words, our presence IS enough. Allow me to offer an illustration.

My father died on December 30, 2017. We honored him with a memorial service on January 13, 2018.  This helped bring closure, but didn’t prepare me for how I would feel a year later.

A few days ago, I attempted to tackle my usual, annual goal-setting project. Instead, I found myself mired in grief, listening over and over to “Come to Jesus,” the song my sons had performed at my father’s memorial last year, sobbing until my stomach hurt and I could hardly breathe. (I’ve written more about crying out to God in the midst of sorrow here.)

Papa was ninety-one when he died, and had been diagnosed with Alzheimer’s ten years before that. He was frail due to multiple health challenges with which he had struggled for most of his adult life. On top of that, we didn’t live near each other. I only got to see him about once a year.

In light of all this, why do I feel such gut-wrenching pain upon the anniversary of his death?

My Native American friends tell me they gather for a second time to commemorate and celebrate a loved one’s life a year after their death. Their tradition demonstrates a profound understanding about the cycles of grief—and also about the power of a person’s presence.

Papa had been fairly incapacitated in many ways for years. It could be argued that he wasn’t even able to be fully present in his final years.

But here’s the thing: He was here, and now he is gone. And the difference between those two realities is staggering.

Consider what this means for the life-affirming cause.

A human being’s presence on earth powerfully affects others—even if that person hasn’t been born yet.

Tweet This: "A human being’s presence on earth powerfully affects others—even if that person hasn’t been born yet." @SusanneMaynes #prolife

I still grieve over the two babies we lost to miscarriage years ago. I grieve the more recent loss of a grandson in utero. These never-born children have left a mark despite their brief span of life. They were created in God’s image, lived for a time in the womb, and have returned to God.

No one can ever replace them.

Like my father, like Katie, like millions of aborted children, they’ve left a gaping hole behind. This reality about human presence drives the life-affirming mission. We work and pray and give so that people whom God created are able to live out the fullness of their days.

We act on this truth: The mere presence of an image-bearer on this earth is a priceless gift.

Tweet This: "We act on this truth: The mere presence of an image-bearer on this earth is a priceless gift." @SusanneMaynes #prolife