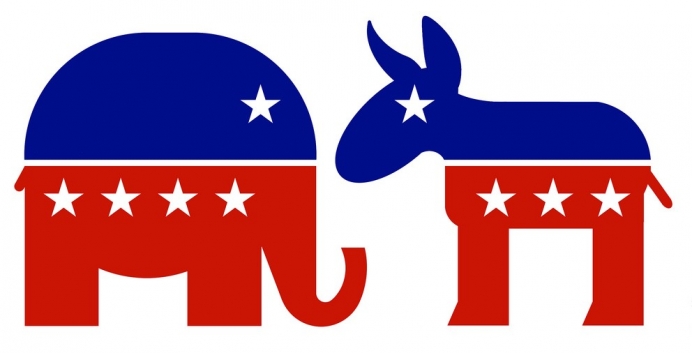 What do the party platforms actually say about abortion? It’s vitally important to know.

(NRLC) Party platforms are rarely read outside activist circles. As one author put it, “Political parties’ platforms – their statements of where they stand on issues – get little respect.”

But they should, as Professor Emeritus Marjorie Hershey writes, because they “help you predict what the national government will actually do during the next four years.”

Thus what the Republican Party and the Democrat Party have to say about abortion in 2020 is must reading for us. And they could not possibly be any more different.

Tweet This: What the Republican Party and the Democrat Party have to say about abortion in 2020 is must reading for us.

Below is the entirety of the Republican platform on abortion—“The Fifth Amendment: Protecting Human Life ”—and the  Democrats’—“Securing Reproductive Health, Rights, and Justice.”

They are best read without commentary from me or anyone else. Why? Simply because the platforms literally speak for themselves.

As you read them, ask yourself what is their first language, their mother tongue, if you will? Once you compare and contrast, you will be struck by the stunning differences in language, lexicon, and love.

The Constitution’s guarantee that no one can “be deprived of life, liberty or property” deliberately echoes the Declaration of Independence’s proclamation that “all” are “endowed by their Creator” with the inalienable right to life. Accordingly, we assert the sanctity of human life and affirm that the unborn child has a fundamental right to life which cannot be infringed. We support a human life amendment to the Constitution and legislation to make clear that the Fourteenth Amendment’s protections apply to children before birth.

We oppose the use of public funds to perform or promote abortion or to fund organizations, like Planned Parenthood, so long as they provide or refer for elective abortions or sell fetal body parts rather than provide healthcare. We urge all states and Congress to make it a crime to acquire, transfer, or sell fetal tissues from elective abortions for research, and we call on Congress to enact a ban on any sale of fetal body parts. In the meantime, we call on Congress to ban the practice of misleading women on so-called fetal harvesting consent forms, a fact revealed by a 2015 investigation. We will not fund or subsidize healthcare that includes abortion coverage.

We support the appointment of judges who respect traditional family values and the sanctity of innocent human life. We oppose the non-consensual withholding or withdrawal of care or treatment,  including food and water, from individuals with disabilities, newborns, the elderly, or the infirm, just as we oppose euthanasia and assisted suicide.

We affirm our moral obligation to assist, rather than penalize, women who face an unplanned pregnancy. In order to encourage women who face an unplanned pregnancy to choose life, we support legislation that requires financial responsibility for the child be equally borne by both the mother and father upon conception until the child reaches adulthood. Failure to require a father to be equally responsible for a child places an inequitable burden on the mother, creating a financial and social hardship on both mother and child. We celebrate the millions of Americans who open their hearts, homes, and churches to mothers in need and women fleeing abuse. We thank and encourage providers of counseling, medical services, and adoption assistance for empowering women experiencing an unintended pregnancy to choose life. We support funding for ultrasounds and adoption assistance. We salute the many states that now protect women and girls through laws requiring informed consent, parental consent, waiting periods, and clinic regulation. We condemn the Supreme Court’s activist decision in Whole Woman’s Health v. Hellerstedt striking down commonsense Texas laws providing for basic health and safety standards in abortion clinics.

Tweet This: ”We affirm our moral obligation to assist, rather than penalize, women who face an unplanned pregnancy.” - GOP Party Platform

Tweet This: "We (GOP) thank and encourage providers of counseling, medical services, and adoption assistance for empowering women ... to choose life."

We applaud the U.S. House of Representatives for leading the effort to add enforcement to the Born-Alive Infant Protection Act by passing the Born-Alive Abortion Survivors Protection Act, which imposes appropriate civil and criminal penalties on healthcare providers who fail to provide treatment and care to an infant who survives an abortion, including early induction delivery whether the death of the infant is intended. We strongly oppose infanticide. Over a dozen states have passed PainCapable Unborn Child Protection Acts prohibiting abortion after twenty weeks, the point at which current medical research shows that unborn babies can feel excruciating pain during abortions, and we call on Congress to enact the federal version. Not only is it good legislation, but it enjoys the support of a majority of the American people. We support state and federal efforts against the cruelest forms of abortion, especially dismemberment abortion procedures, in which unborn babies are literally torn apart limb from limb.

The Democratic Party is extreme on abortion. Democrats’ almost limitless support for abortion, and their strident opposition to even the most basic restrictions on abortion, put them dramatically out of step with the American people. Because of their opposition to simple abortion clinic safety procedures, support for taxpayer-funded abortion, and rejection of pregnancy resource centers that provide abortion alternatives, the old Clinton mantra of “safe, legal, and rare” has been reduced to just “legal.” We are proud to be the party that protects human life and offers real solutions for women.

Democrats are committed to protecting and advancing reproductive health, rights, and justice. We believe unequivocally, like the majority of Americans, that every woman should be able to access high-quality reproductive health care services, including safe and legal abortion. We will repeal the Title X domestic gag rule and restore federal funding for Planned Parenthood, which provides vital preventive and reproductive health care for millions of people, especially low-income people, and people of color, and LGBTQ+ people, including in underserved areas.

Democrats oppose and will fight to overturn federal and state laws that create barriers to reproductive health and rights. We will repeal the Hyde Amendment, and protect and codify the right to reproductive freedom. We condemn acts of violence, harassment, and intimidation of reproductive health providers, patients, and staff. We will address the discrimination and barriers that inhibit meaningful access to reproductive health care services, including those based on gender, sexual orientation, gender identity, race, income, disability, geography, and other factors. Democrats oppose restrictions on medication abortion care that are inconsistent with the most recent medical and scientific evidence and that do not protect public health.

Tweet This: "Democrats oppose and will fight to overturn federal and state laws that create barriers to reproductive health and rights."- Party Platform

We recognize that quality, affordable comprehensive health care; medically accurate, LGBTQ+ inclusive, age-appropriate sex education; and the full range of family planning services are all essential to ensuring that people can decide if, when, and how to start a family. We are proud to be the party of the Affordable Care Act, which prohibits discrimination in health care on the basis of sex and requires insurers to cover prescription contraceptives at no cost. These efforts have significantly reduced teen and unintended pregnancies by making it easier to decide whether, when, and how to have a child.

We believe that a person’s health should always come first. Democrats will protect the rights of all people to make personal health care decisions, and will reject the Trump Administration’s use of broad exemptions to allow medical providers, employers, and others to discriminate.