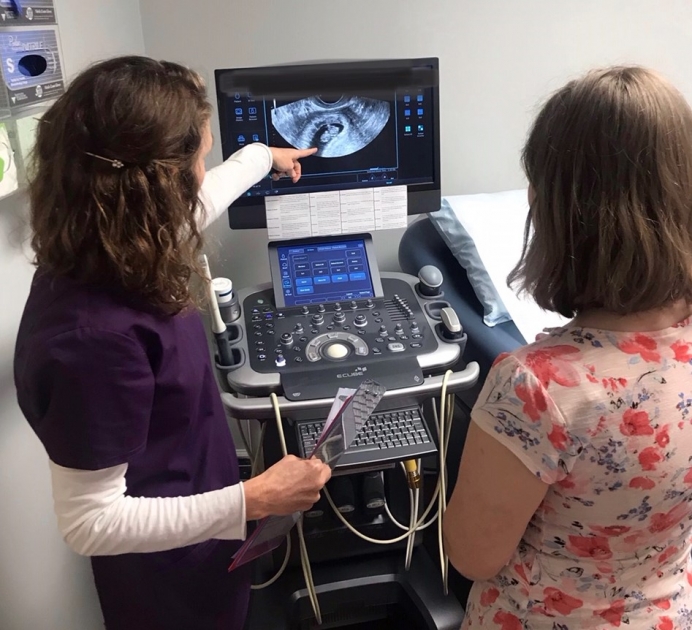 Opponents, however, said that by no longer requiring a pre-abortion ultrasound, a 24-hour waiting period, and a physician to perform an abortion, the act lays women open to more interference from the abortion industry.

“All health and safety oversight for women has been rolled back in our recent legal changes,” she said. “While the abortion industry has now described Virginia as a regulatory safe haven for their industry, it certainly doesn’t mean they will be providing a place of real refuge for women who are overwhelmed by the immediate circumstances of pregnancy.”

“What's happened here in Virginia just crystalizes and clarifies what the interest of the abortion industry really is,” said Baumer. “It is not to provide safe medical procedures, it's not to stand alongside women for the long haul in an unexpected pregnancy, it's not to even help post-abortive women who are negatively impacted by that decision. It's to maximize profit off of a decision and to move on as quickly as possible to their next victim.”

Baumer noted some of her clients have reported seeking information at abortion clinics, only to have their questions go unanswered. For that reason, she sees pregnancy medical clinics becoming increasingly vital as restrictions on abortion providers disappear.

“We're one of the only settings that can speak from a distinctly neutral standpoint because we don't profit financially from a woman's decision,” she said. “Of course, an abortion facility always and only profits when a woman chooses abortion. So, there's an inherent incentive there to be lopsided in how that decision is presented.”

Tweet This: An abortion facility always and only profits when a woman chooses abortion.

“That makes it all the more important that she come to a facility like a pregnancy medical clinic that is going to ensure she has access to all the information about her pregnancy,” Baumer said, “including how far along she is and the impact a potential abortion procedure is going to have on her and her child, and the other resources that might be available for her.”

Baumer co-leads the Virginia Pregnancy Center Association, a network of 43 centers that took shape more than 10 years ago. All member organizations agree to uphold the national Commitment of Care and Competence standards and to affiliate with at least one of the three largest pregnancy help networks; Heartbeat International, CareNet, and/or NIFLA.

By coordinating their efforts to provide high-quality care in keeping with best practices, member organizations have worked together, as Baumer said, “to ensure that women across the commonwealth are able to access the care and resources they need.”

Despite detractors’ messaging to the contrary, compiled exit survey data from all 43 centers showed 99% of their clients described their experiences with the centers as positive.

Tweet This: 99% of Virginia pregnancy center clients described their experiences with the centers as positive

“Regardless of the decision those men and women end up making, we consistently hear they value the environment and the services we provide,” Baumer said. “I think that's a powerful story that speaks for itself.”

Unrelenting care for clients in crisis

Baumer’s pregnancy medical clinic attracts clients during their commute on the Beltway that loops through Washington, D.C., and Maryland, two areas that legalized late-term abortions.

“Abortion is always a decision that's on the table for women in this area,” she said. “Circumstances can change. We’ve seen with COVID and the uncertainty that's brought for employment and finances that what can start out as a pregnancy that seems doable can seem impossible later. In this environment, abortion is always being peddled as a solution to that moment of fear and vulnerability.”

“One of the unique realities of providing these services in an area where late-term abortions are still widely available,” Baumer added, “is that we may be walking alongside women in various stages, and perhaps multiple times in pregnancy as they navigate pressures and challenges throughout all of those 40 weeks.”

In other areas of the commonwealth, women may not so easily reconsider abortion while their pregnancies progress. In fact, statewide abortion numbers have steadily dropped over the last several years. This may account for increasing pressure from that industry to loosen restrictions on their income-generating efforts.

Yet while abortion clinics struggle to keep their footing, Baumer pointed out that Virginians themselves are funding the commonwealth’s pregnancy centers.

“All of these services are being provided at no cost to taxpayers,” she said. “The care that's being provided is not out of motivation to make money or to profit off an individual’s decision, but because people genuinely care for the long-term wellbeing of families.”

“That's the pretty amazing story about what's happening across a state like ours,” Baumer said. “Even in the midst of very one-sided government support for other so-called 'women's health providers,' there is an entire movement of individuals who live here and love the families in their communities and want to provide a service that those families tell us is incredibly valuable and important to their future.”

According to Baumer, politicians may write and rewrite the laws, but Virginia’s pregnancy help organizations have established a fixed objective:

“Our position will continue to be that we are a true refuge and a true safe haven for women who want to receive full and accurate information about their options and the empowerment to make decisions that benefit them and their child for the long haul.”