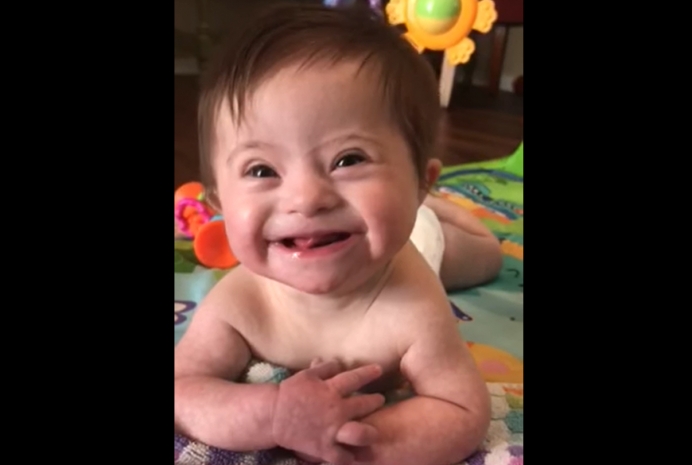 Recently, a heartwarming video of an adopted baby with Down syndrome went viral, with more than 16 million views from across Facebook.

The video is as simple as this: Off-screen, mama asks her baby girl, “How’s your day going?”

Lying on her belly with her doughy arms folded sweetly on the floor, the brown-eyed baby breaks into a huge toothless grin. 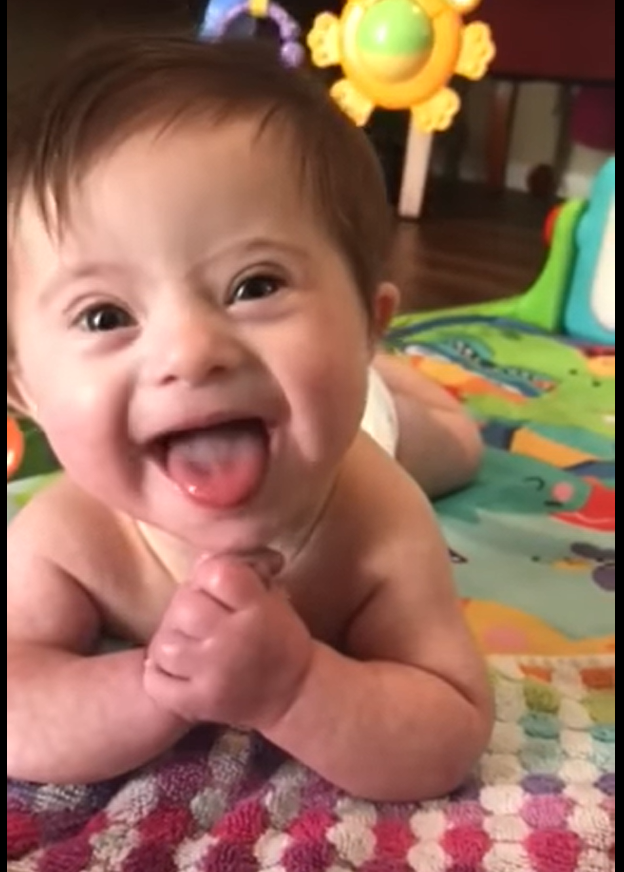 The video was posted by the National Down Syndrome Adoption Network a few weeks ago.

Based in Cincinnati, Ohio, the organization says its mission “is to ensure that every child born with Down syndrome has the opportunity to grow up in a loving family.”

Their recent viral video shows the beauty of that mission in a quick 22 seconds.

The baby’s grin, the joy in the mother’s voice—both represent a wildly beautiful contrast to some tragic news that came out of Ohio around the same time.

On October 11, the U.S. 6th Circuit Court of Appeals ruled to block Ohio's Down Syndrome Non-Discrimination Act (HB 214) from going into effect. That legislation would prohibit abortions from taking place for the sole reason of a Down syndrome diagnosis.

The ruling came as a result of a lawsuit filed by the American Civil Liberties Union, a pro-abortion group that claims to stand against discrimination.

A couple of weeks after the ruling, Ohio's pro-life attorney general, Dave Yost, filed a petition for an en banc review, asking the entire panel to weigh in on the 6th Circuit's previous decision.

And they should. The discrimination that children with Down syndrome face is revolting. Some of it comes from ignorance, and some of it comes from an actual eugenic belief that some people are simply “unfit” for our society and therefore need to be forcefully weeded out. (Something which Planned Parenthood founder Margaret Sanger preached, and which U.S. Supreme Court Justice Clarence Thomas excoriated earlier this year.)

Globally, unborn babies diagnosed with Down syndrome are disproportionately aborted.

In the last few years, reports have revealed these alarming trends in European countries like Denmark, where 98 percent of babies with a positive diagnosis are aborted, and in Iceland, where nearly 100 percent are aborted.

In 2016, a French court banned a pro-life commercial featuring smiling children with Down syndrome on the basis that it could "disturb the conscience" of women who had aborted their unborn children.

If only the people of France could see the smiling baby on the National Down Syndrome Adoption Network’s Facebook page.

If only the U.S. 6th Circuit could see her.

If only the many mothers who are being pushed to abort their children could see her.

Because oftentimes it is not the woman herself who wants the abortion, but instead a medical professional forgoing his duty to preserve life who is urging it.

The women who are facing an unexpected diagnosis within pregnancy need to be lifted up with information and resources—whether it is through one of America’s 2,750 pro-life pregnancy help centers, or any of the myriad organizations specifically designed to meet the needs of those with that diagnosis.

Tweet This: "The women who are facing an unexpected diagnosis within pregnancy need to be lifted up with information and resources"

In the case of Down syndrome, there is the National Down Syndrome Adoption Network, Jack’s Basket, the Jerome LeJeune Foundation, and many others.

The information available on those living with Down syndrome is astounding.

According to Ohio Right to Life, the pro-life group behind the state’s Down Syndrome Non-Discrimination Act:

With data like that, it’s no wonder the baby girl gone viral was smiling.

The answer to a chromosomal difference should always be love and support, not a death sentence mandated by medicine, government, or anyone.

Editor’s note: November is National Adoption Month, a month designated to raise awareness about the urgent need for adoptive families for children and youth in foster care.