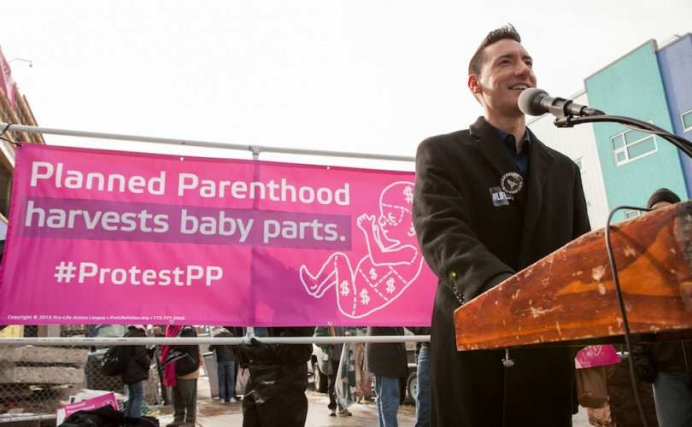 David Daleiden was turned down in his appeal to the U.S. Supreme Court, requesting to release videos exposing Planned Parenthood.

Monday, the U.S. Supreme Court rejected a request by attorneys from the Thomas More Society and their co-counsel that it decide the case of David Daleiden, the undercover journalist who exposed Planned Parenthood’s involvement in the commercial trafficking of aborted babies’ body parts.

In David Daleiden et al v. National Abortion Federation, the nation’s highest court had been asked to overturn a lower court’s injunction that barred Mr. Daleiden from releasing hundreds of hours of still more videos – videos which would be both politically embarrassing and potentially incriminating for Planned Parenthood and other NAF abortionists. On April 2, 2018, the Supreme Court refused to grant Mr. Daleiden’s petition for certiorari.

“Justice is not only blind, but it remains gagged for the time being,” remarked Tom Brejcha, President and Chief Counsel, Thomas More Society, about the Supreme Court’s decision to leave in place the ruling of District Court Judge William H. Orrick III of the Northern District of California blocking the release of Mr. Daleiden’s additional videos.  (The Thomas More Society currently is asking the Ninth Circuit Court of Appeals to remove Judge Orrick from the case because of his personal ties to Planned Parenthood.)

Brejcha continued, “We are confident David Daleiden’s First Amendment rights will be upheld ultimately.  We are disappointed with what appears to be the Supreme Court’s decision that these problems are better addressed at lower court levels at this time. When the smoke finally clears, we believe David Daleiden will be completely vindicated for exposing the truth about the abortion industry.”

Thomas More Society attorneys Brejcha, Peter Breen, Matt Heffron, and Sarah Pitlyk have been representing Mr. Daleiden in this civil suit, as well as a similar suit filed by Planned Parenthood, and in criminal prosecutions filed both in Houston, Texas, (dismissed a year ago in Mr. Daleiden’s favor) and in San Francisco.