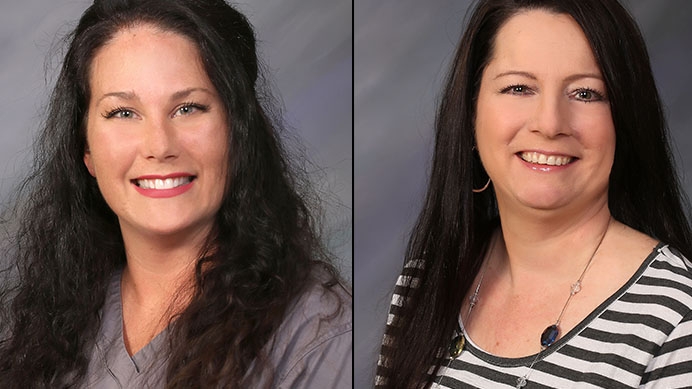 “I feel like God’s been preparing me (to serve at the pregnancy center),” said Lee, who serves as client services director.

After working in the corporate world for many years, primarily in human resources, she finds similarities between her previous job and the work she does at the center.

“Many times in HR you’re helping personnel who are having a crisis moment,” she said. “You want to see behavioral changes—we hope for something similar in our clients.”

Working with about 25 women a month, Lee and the other center staff, including volunteer advocates, provide options education and first-time parenting classes. Situated close to a university campus, they often see college students—abortion-vulnerable young women who could otherwise seek an abortion at one of the three abortion facilities in driving distance from Starkville: one in Jackson, the state capital, which is about two hours away; another in Memphis, Tennessee, about 180 miles north; and a third in Tuscaloosa, Alabama, just a 1.5 hours drive west of Starkville.

“We’re in the middle of these three abortion clinics,” Lee said.

Reaching and teaching women who might make one of those drives is critical to the center’s, and Lee’s, mission.

“I enjoy being able to interact with the girls, to love and serve them and walk with them,” she said. “You can see God working.”

She began her job at the pregnancy center two years ago, a few years after she heard God calling her to something new.

“I never saw myself being in pregnancy center work until five years ago,” Lee said. “I felt the Lord leading me out of the corporate world, but I didn’t know where I’d go.”

Then, she learned about Starkville Pregnancy Center from friends who happened to be board members. Giving the center serious thought, she and her husband discussed how and if they could manage financially if she switched from corporate to non-profit work. They decided they could if they downsized. Their house sold in three days, and they bought a house from church friends who were moving, setting a price in their minds without telling the sellers; those friends then came to them with a price—the exact one Lee and her husband had discussed.

“We knew it was a confirmation,” she said. “The Lord was leading.”

Nurse manager Memrie Tucker also learned about Starkville Pregnancy Center through board members; they lived across the street from her. As she thought about the center, she saw herself in the women she would serve; her personal experiences would help her connect with the clients.

“I had an unplanned pregnancy while in college—there wasn’t anything like this (pregnancy center) when I was in school,” Tucker said. “I chose life, and today my son attends the same college I did.”

She not only continued her pregnancy but also completed her education.

Then, a few years ago, she experienced another unplanned pregnancy, this time as a married woman.

“An unplanned pregnancy can throw you off-track at any stage and any age,” she said. “I can relate to the clients; I can tell them, ‘I know exactly how you feel.’”

“I tell them, ‘Your dreams don’t have to stop—you can do both, like I did.’ It’s not easy, but it’s doable. I can see the light go off in them,” she said.

In addition to running pregnancy tests and conducting limited obstetrical ultrasound, Tucker serves as the center’s privacy and safety officer and helps create policies and procedures. She oversees two volunteer nurses plus another that’s currently in training.

“We have the ability to show people life, the reality of a baby. It’s amazing, especially when they have those ‘ah-ha moments,’” she said.

Tweet This: “We have the ability to show people life, the reality of a baby. It’s amazing, especially when they have those ‘ah-ha moments.’” #prolife

Lee agrees. She finds joy in those moments, as well as when clients who choose life return to the center.

“They come to show us their babies. They’re comfortable with us, and that’s a compliment,” she said. “The last two years, working at the center, have been very rewarding.”