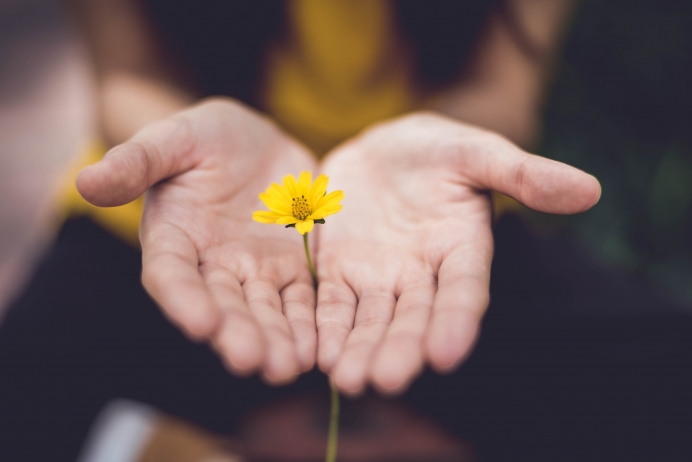 Meet 3 abortion survivors with stories of dignity and forgiveness

(The Daily Signal) Three abortion survivors told their stories of forgiveness and the dignity of human life Friday at a gathering of social conservatives, offering an emotional look at the consequences of abortion.

“We are not a controversial issue,” Ohden said at the Values Voter Summit in Washington, referring to abortion survivors throughout the world. “We are not someone else’s right. We are not a choice. We are more than a choice: We are human beings.”

The speakers made a dramatic entrance, emerging to a darkened stage as the sound of a heartbeat pounded over the loudspeakers and each announced in turn, “I am an abortion survivor.”

The panel discussion, moderated by Family Research Council President Tony Perkins, focused on the survivors’ stories as they each emphasized the pain they each felt upon learning of the abortion that almost took their lives.

Ohden, 42, who was adopted after surviving an abortion, described a healing process that led her to track down her biological family and uncover medical records documenting the unsuccessful abortion.

“It’s people’s love that has continued to bolster me,” Ohden said, telling how she has grown close to her biological mother after seeing the pain the abortion caused her.

Presley told how he was born in South Korea after surviving an abortion. He was adopted by an American family and raised in a devoutly Christian household.

Born with a deformed left arm, Presley admitted that he initially hated his birth mother and felt worthless because of that deformity, possibly a result of the attempted abortion.

“The turning point came in my life when I was 16,” Presley said, saying that Christianity helped him find purpose. “I found forgiveness towards my birth parents.”

Culwell, who also was adopted, told the story of discovering she survived an abortion after meeting her birth mother and learning that she had a twin brother who was killed in the abortion.

“Coming on this stage and for people to stand up and acknowledge our existence … that’s what’s encouraging to me,” Culwell said, adding that she tells her story to honor her aborted twin brother. “For someone to look at me and say, ‘You’re human; you have a name; you have a face; you have a story.’”

Each of the three speakers stressed the healing power that came when they forgave their birth mothers, saying that there is power in sharing their stories and encouraging respect for human life.

Pro-life lawmakers in Congress are pushing passage of the Born-Alive Abortion Survivors Protection Act, which seeks to ensure infants who survive abortions are given medical care appropriate to other children their age.

Perkins concluded the panel by asking what the conservative movement as a whole can do to support the mission of abortion survivors who hope to use their stories to advance pro-life causes.

“And we prove it by the way we love our born neighbor.”

The annual Values Voter Summit, which ran Friday through Sunday at the Omni Shoreham Hotel in Washington, was created in 2006 to help inform and mobilize Americans to preserve the “bedrock values” of religious liberty, the sanctity of life, traditional marriage, and limited government. Since its inception, the primary sponsor has been FRC Action, the lobbying arm of the Family Research Council.