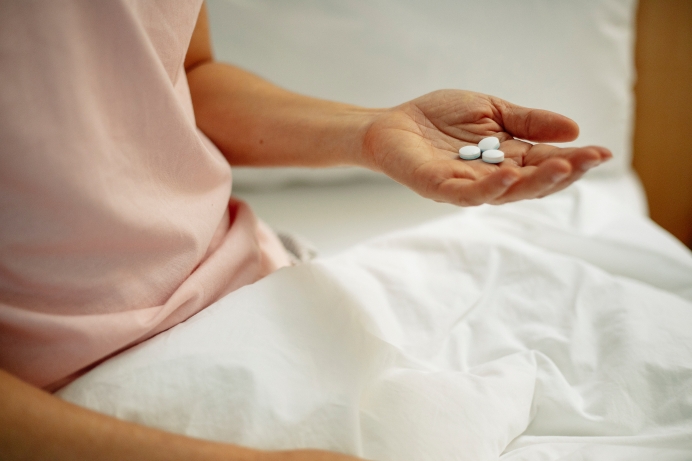 This is Chemical Abortion; website and docuseries give the truth about risky abortion regimen

ThisIsChemicalAbortion.com is the site featuring a new docuseries that seeks to inform about the “dangerous new frontier for the abortion industry,” chemical abortion.

Produced by Charlotte Pence Bond, daughter of former Vice President Mike Pence, the This is Chemical Abortion project also has Students for Life of America (SFLA) and Heartbeat International as partners.

Through the docuseries and the website, SFLA and its cohorts hope to educate and inform as well as call individuals to action to stand against big abortion and the threat of chemical abortion.

Released beginning in May, the series consists of a video presented each week with a total of five. The videos are housed on the ThisIsChemicalAbortion.com site and can also be accessed via Heartbeat’s website.

The inaugural video from the docuseries touches on how abortion apologists package themselves as champions for women.

“Abortion advocates often portray themselves as heroes for women’s health,” the video opens.

Then to enthusiastic applause, New York Governor Andrew Cuomo announces his commitment to passing a constitutional amendment in support of abortion during a “reproductive justice” event.

“We will be able to say that we have protected women’s rights in a way no one has before,” Cuomo says.

Hillary Clinton, whose campaign as a 2016 presidential candidate was funded by Planned Parenthood in the amount of $60 million, states regarding abortion advocacy that, “Any right that requires you to take extraordinary measures to access it is no right at all.”

Denise Harle, senior counsel from Alliance Defending Freedom, highlights the politics of the abortion lobby in the video, stating, “What I see from the abortion industry is that they are lying to women. They are telling women that we can’t be successful mothers and have a career.”

“They are telling women that we have to pit our interests against our own children,” Harle continues. “They are saying that they are not capable and that is not empowering women, and it is not the truth.”

In the video, Heartbeat International Director of Medical Impact Christa Brown, along with Dr. Christina Francis, chairman of the board of the American Association of Pro-Life Obstetricians and Gynecologists (AAPLOG) and a medical provider with Heartbeat International’s Abortion Pill Rescue® Network (APRN), detail what chemical abortion is and how it works.

What women are told in abortion clinics is to expect some cramping, heavy bleeding, nausea, mild fever, and that chemical abortion, also known as medical or medication abortion, is like an early miscarriage.

However, chemical abortion has numerous possible complications associated with it.

These include an incomplete abortion, potentially resulting in the need for a follow-up surgical abortion, heavy and prolonged bleeding, infection, fever and digestive system discomfort, according to the Mayo Clinic. Many other negative side effects have been reported as well.

Dr. Brent Boles is the medical director for Heartbeat International and Heartbeat’s APRN. In the This Is Chemical Abortion video he expresses concern over seeing abortion websites promising a painless process, with no warning of the reality.

The first drug in the two-drug process, mifepristone, is usually given in person, though abortion promoters are increasingly pushing for its delivery outside of a clinical setting, either via telemed dispensing, on-line and/or through the mail.

A second drug, misoprostol, taken a day or so later, causes the mother to deliver her deceased child, provided the chemical abortion is successful.

If complications occur, the woman is usually at home, often alone to deal with the at times severe side effects.

Boles indicated that women do not expect a scenario where their bathroom looks more like a slaughterhouse, nor do they expect to see their fully formed baby after their chemical abortion.

Additionally, for some the pain can be more like a full day of labor, and Boles called keeping such information from women, “manifestly unfair.”

Rebekah Hagan, a pro-life advocate who shares her own abortion experience in the video, tells viewers that she considers herself to have been not just under informed by the abortion clinic where she sought chemical abortion, but actually misinformed.

Tina Whittington, executive vice president of SFLA says in that video that, “The abortion industry has abandoned the woman to her own devices.”

“Chemical abortion is not safe,” Boles stated to Pregnancy Help News. “Certainly not ‘safer than Tylenol’ as abortion proponents are fond of saying.”

Tweet This: “Chemical abortion is not safe, certainly not ‘safer than Tylenol’ as abortion proponents are fond of saying.”

“A study published in Finland looked at more than 42,000 women who underwent either surgical or medical abortion over a six-year period of time, at a gestational age of less than 9 weeks,” he explained. “That study showed that 20% of the women having chemical abortion had at least one immediate adverse event, as compared to only 5% of those women having a surgical abortion.”

“By these reliable numbers, one can only conclude that chemical abortion is not ‘safer than Tylenol,’” Boles continued, “it is four times more likely to have a complication than a surgical abortion.”

In addition to highlighting the dangers of chemical abortion, the producers of the docuseries also are detailing abortion pill reversal (APR) hoping to give women a second chance at choosing life for their baby.

Women who take the first abortion pill and experience regret, and who wish to try to reverse their chemical abortion may be able to do so through APR.

The APR protocol is an updated application of a treatment used for decades to prevent miscarriage, and involves prescribing progesterone to counter the first abortion pill in the two-drug chemical abortion process.

Along with progesterone having been used routinely and safely with pregnancy for decades, a 2018 peer-reviewed study of abortion pill reversal found that 64%-68% of the pregnancies were saved through the protocol, there was no increase in birth defects, and there was a lower preterm delivery rate than in the general population.

Statistics show that to date more than 2,000 lives and counting have been saved thanks to APR.

Women who contact the APR hotline are connected to an APRN provider who will get them started on the protocol as soon as possible.

At the This is Chemical Abortion site visitors will find a free digital action toolkit along with a way to connect with SFLA and its partners in the initiative and stay informed on chemical abortion.

“Ending preborn lives with pills shipped in the mail is what Corporate Abortion wants,” the website states. “But making it easy to kill babies and increasing risks for women makes no medical sense.”

The This is Chemical Abortion site can be visited HERE.