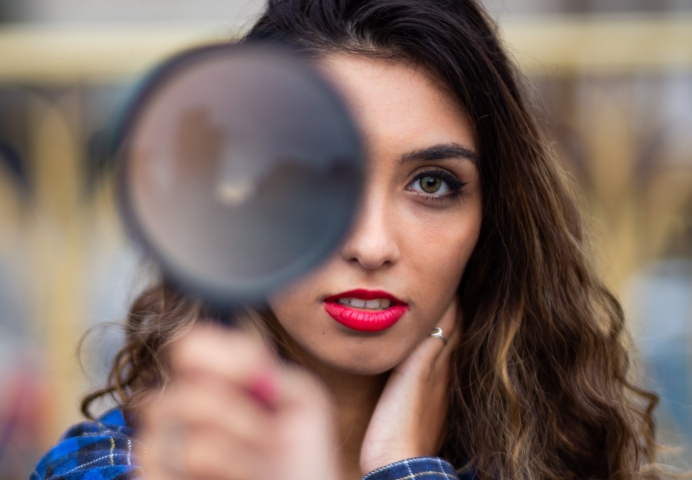 Many unfounded predictions and scenarios came from our president this last Friday with the unveiling of his abortion executive order that have also been repeated by others in Big Media.

Mainstream media outlets have an endless supply of fear and confusion yet offer little support or hope for those in difficult pregnancy circumstances.

But how much of this shared by so-called legal and medical “experts” is actually happening in America since the reversal of Roe?

Tweet This: The media has an endless supply of fear & confusion yet offers little support or hope for those in difficult pregnancy circumstances.

What is the reality for women making pregnancy choices today?

False: Women are being prosecuted for seeking or obtaining an abortion.

Reality: There are no current state laws that specifically target women seeking abortion.

The laws often explicitly shield women who sought or obtained an abortion.

Instead, laws are typically focused on clinicians and prescribers who provide abortion. Medical professionals are required to abide by the laws where they are licensed, and this is no different when prescribing or performing abortion procedures.

For example, in a state that permits abortion through 20 weeks of pregnancy, but an abortion provider chooses to provide it through 25 weeks gestation, that provider would be in violation of that state law. This is true for all licensed healthcare professionals.

In a statement to CNBC, Elizabeth Nash, an expert on state abortion laws at the Guttmacher Institute, which supports abortion access, states clearly that women continue to have options in obtaining abortion even in states where it has now been banned - women are free to cross state lines or order pills online. This has not changed.

Reality: There are currently no abortion bans that attempt to prosecute women who cross state lines to seek an abortion.

Women have commonly crossed state lines for abortion for the last 50 years and there is nothing stopping women from traveling to other places to obtain abortion.

For example, a woman in a state with conservative (life-affirming) laws concerning abortion can travel elsewhere to locations with fewer fetal protections.

Justice Brett Kavanaugh in his concurring opinion in Dobbs suggested that women who travel to neighboring states will continue to be protected by the constitutional right to interstate travel.

For example, may a State bar a resident of that State from traveling to another State to obtain an abortion? In my view, the answer is no based on the constitutional right to interstate travel. (DOBBS v. JACKSON WOMEN’S HEALTH ORGANIZATION KAVANAUGH, J., concurring)

To date, state legislation that has been proposed aimed to prevent women from leaving the state to get an abortion has not gained traction.

False: Data is being collected to be used to specifically implicate women who seek abortion.

Reality: Federal and state laws explicitly regulate when a provider may disclose healthcare information, to whom it may be disclosed, and for what purpose.

These laws did not change with the overturn of Roe.

However, the collection of sensitive data by Big Tech is of concern to many for reasons that far exceed abortion. Google and Apple are looking more carefully at how they collect health data and the privacy of that information.

Some health apps have announced new measures to protect sensitive health information. As always, it is important that the privacy and health data of individuals is protected.

False: Women with life-threatening pregnancies such as miscarriage and ectopic pregnancies will not be able to obtain medical care legally in states that do not permit elective abortion putting women at risk for harm or death.

Reality: No abortion law in any state in America prevents treatment for women with ectopic pregnancies and other life-threatening conditions.

Women with a threatened miscarriage or ectopic pregnancy can legally obtain medical care in all states. There is no confusion by healthcare providers (as has been implied by Planned Parenthood and others in Big Abortion) in differentiating these life-threatening conditions and elective abortion.

In ectopic and threatened miscarriages, both patients - mother and child - are cared for and protected to the extent possible. Even the American College of Obstetricians and Gynecologists, which actively works to expand abortion through all gestations of pregnancy, has without evidence threatened that abortion bans will “cost lives.”

Tweet This: How much of the abortion fear pushed by so-called legal & medical experts is actually happening in America since the reversal of Roe?

Reality: Abortion remains legal in many states through telehealth since the FDA lifted REMS protections on chemical abortion in December 2021 and since the reversal of Roe v. Wade decision.

Providers who are delivering telehealth services across state lines are relying on state and federal policies. Abortion providers are supplying abortion pills through telehealth abortion in two ways: by mail and by picking them up. Some providers have multiple pickup locations.

Although Planned Parenthood and others who profit from abortion claim that telehealth laws are less than clear, they are quick to offer telehealth abortions on many of their websites.

Aid Access and others who openly provide abortion regardless of local laws maintain they have been unaffected in their ability to provide abortion in the United States since the changes in abortion laws in recent weeks.

False: Women are being forced to carry pregnancies and deliver children they do not want.

Reality: While lamenting that women are being forced to carry their pregnancies, many ignore that coerced and unwanted abortions take place every day in America to the detriment of women and their preborn children.

National Review reports the use of violence, threats, and emotional manipulation is being used frequently to force mothers to abort against their wishes.

This exploitation typically benefits the person pressuring (i.e., illicit sexual activity, avoidance of child support); relies on exerting power or authority; and pushes against or overrides the woman’s inner desire or preference.

The use of force and domestic violence to compel abortion is a widespread problem, especially in the domestic sex-trafficking industry and sometimes within families. Instead of supporting women in these cases, women are often dismissed and discredited for reporting they were forced or compelled to abort.

The Justice Foundation confirms that forcing a woman to have an abortion, including a minor, is illegal in all 50 states of the United States of America. Yet woman’s rights are being violated when they are coerced, unduly pressured, or forced into an unwanted abortion.

If you or someone you know is facing this situation and would like more information, call (210) 614-7157 or email This email address is being protected from spambots. You need JavaScript enabled to view it..

False: Abortion is needed because of the “hard cases” such as rape, incest, fetal anomalies, and danger to life of the mother.

Reality: The American Association of Prolife Obstetricians and Gynecologists (AAPLOG) reports that in the U.S. the most challenging of cases - rape, incest, fetal anomalies, and danger to life of the mother are extremely rare - accounting for only 1-3% of all abortions.

Rather than the extreme cases, listed by our president and others who wish to use these hardships to expand the availability of all abortions, 75% of abortions are actually performed because the mother states she cannot afford the child, or the child would interfere with school, work, or the ability to care for other dependents.

In addition, AAPLOG shares a study that 58% of women who aborted did so to “make others happy.”

These findings indicate what the pregnancy help community already knows - that women need healthcare advocates, accurate pregnancy information, tangible resources, and ongoing support in order to make their own pregnancy decisions, not an abortion plan assumed for them.

Healthcare professionals should be free to share peer-reviewed, evidence-based facts concerning fetal development, pregnancy, and risks and benefits of options.

Patient autonomy is essential in healthcare as the woman ideally makes a well-informed decision for herself, her child, and her family.

To imply that abortion is the ideal or only solution to any pregnancy, is insulting to both those who have overcome these challenging pregnancy circumstances and those who have been born into them.

Tweet This: To imply that abortion is the ideal/only solution insults those who've overcome challenging circumstances & those who've been born into them

For those facing pregnancy choices in need of help and support, an abundance is available via pregnancy help organizations throughout the world.

For those who have started a chemical abortion and having regret, there is hope and assistance available. Click HERE for more information.