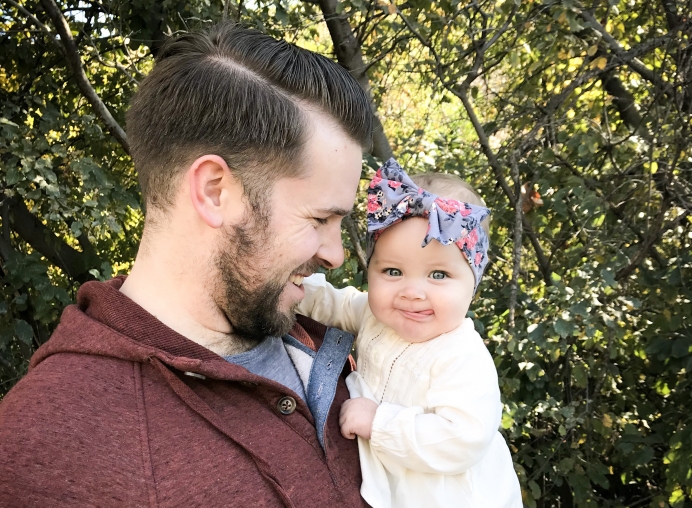 The Most Important Reason Behind the Pro-Life Mission

Our local March for Life was coming up. I’d been invited to say a few words about the sanctity of human life on behalf of the pregnancy center where I was on staff.

I was drawing a total blank.

This small band of dedicated pro-life folks came out every year to stand for life. What could I share with them that they hadn’t heard before? How could I address the sanctity of human life in a fresh way?

Hours before the event, I finally knew what I needed to say.

I started out with a brief report on the impact our center was making. I told a client story. And then I zeroed in on the message the Lord laid on my heart.

I took my listeners back to Genesis 1:26-27, where God created mankind in his own image. I talked about how creation came to an apex at this moment, when God fashioned a creature unlike any other.

As Psalm 139:16 eloquently describes, and as science attests, the DNA code for each unique human being is set in place the moment a sperm enters an ovum. Dark haired or blonde, male or female, short or tall, even personality traits are already determined from the start.

Each human conception represents the beginning of a story—the story of a particular person.

Here’s how I put it in a chapter titled “The Heart of a Father,” in Unleashing Your Courageous Compassion:

“Every unborn person brings delight to the heart of our heavenly Father. Every abortion is an assault on one of his precious image-bearers.”

In God’s grand scheme of redemption, up until the time Jesus died on the cross and fulfilled the requirements of God’s justice, animals were designated as sacrifices to atone for mankind’s sins.

“They built the high places of Baal in the Valley of the Son of Hinnom, to offer up their sons and daughters to Molech, though I did not command them, nor did it enter into my mind, that they should do this abomination, to cause Judah to sin.” (Jeremiah 32:25)

Israel’s pagan neighbors worshipped a god named Molech by heating up a large iron statue of the idol with fire and then laying their newborn children on its iron arms to be burned to death.

Despite God’s omniscience, He says it never even crossed His mind that His people would destroy their children as sacrifices to idols.

In other words, the very thought was so abhorrent to Him that He refused to think it.

Fast forward to today. Abortion is the child sacrifice of current culture. Circumstances are weighed against personhood, and personhood loses.

We may use a cannula or forceps or pills instead of an iron statue, but the result is the same. One of God’s innocent image-bearers is put to death.

As life-affirming people, we know this is wrong. We know God calls us to stand up for the helpless unborn. But the day I prepared my talk, what struck me with tsunami force was not the morality of this issue.

It was the why behind God’s law.

Listen to the vehemence in this passage:

“And you took your sons and your daughters, whom you had borne to me, and these you sacrificed to them to be devoured. Were your whorings so small a matter that you slaughtered my children and delivered them up as an offering by fire to them?” (Ezekiel 16:20-21)

No minced words here. No sugar coating. These are not just the words of a Creator --they are the words of an enraged, grieving Father whose children are no more.

I thought of my son Samuel and his daughter Helaina Joy, who was only a few weeks old at the time (she’s pictured above with her Papa).

Tweet This: #Abortion as seen through a Father's eyes. @SusanneMaynes #prolife

At the Holy Spirit’s prompting, for a brief moment, I allowed myself to imagine how Sam would feel if someone stole his precious little girl and murdered her.

Nauseated, I shoved the thought from my mind.

Trying to imagine, even for a second, the gut-twisting anguish and blinding rage my son would surely experience at losing his beloved Lainey in such a cruel way was too much to bear.

And then the Holy Spirit connected the dots.

That’s how the Father feels when His children are destroyed in the womb.

We are made in God’s image. We feel because He feels. His heart is the heart of a Father.

As pro-life people, we don’t just work to protect the unborn because it’s the right thing to do. We don’t just do it to avert national punishment. We don’t even do it simply because we love people.

We do this because God is our Father, and the unborn are His children. We do this out of love for Him.

How can we not grieve with our Father over the evil of abortion? How can we not do as He commands and “rescue the weak and needy; deliver them from the hand of the wicked?” (Psalm 82:4)

How can we not do all in our power to give justice to the weak and speak for those who have no voice?

With every abortion, our beloved Abba’s heart is broken all over again. This is the “why” behind every reason for upholding the sanctity of human life.

Our Father loves His preborn children—and we must rescue them for His sake.