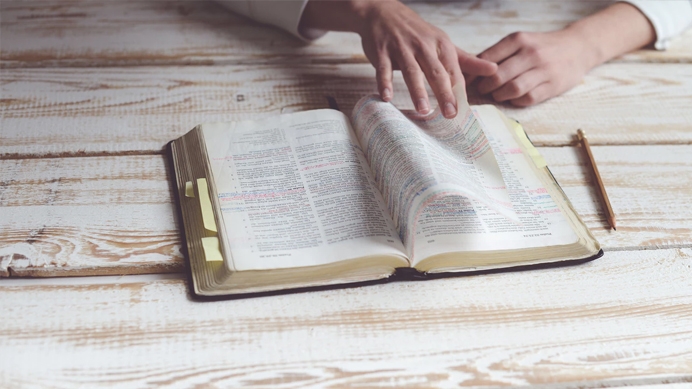 The Christ-like Discretion Which Makes Pregnancy Centers So Effective

Imagine you are Jewish, living under Roman occupation over two thousand years ago. Your greatest hope is that one day the promised Messiah will come to deliver your people from oppression.

You don’t know exactly what this will look like, but you have an idea. Surely this Messiah will ride in on a white horse, depose the Roman rulers, and lead your people to military victory.

Meanwhile, you’re strangely drawn to an itinerant rabbi by the name of Yeshua. He’s done some pretty great miracles, and His words stir you to the depths of your soul. You’re learning as you follow Him. You find yourself wanting to be like Him.

Yet sometimes what your Teacher says and does is confusing. It’s a challenge to wrap your brain around why He operates the way He does. Still, you find Him irresistible.

And so you follow Him, all the way to His cross. Until He shows up again in His resurrected body. Until you watch Him ascend back into heaven.

Only then does it fully dawn on you. He’s the one. He was always the one.

Then He fills you with His promised Holy Spirit, and you become one of a small but mighty band of believers who turn the whole world upside down.

What if Jesus had done things differently? What if, at the beginning of your journey, he disclosed, “Hey, by the way, just so you know, I’m the Messiah you’ve been waiting for. Not only that, I’m literally God with skin on. But don’t freak out. I just want to hang out with you.”

That approach wouldn’t have served you very well, would it?

Christians sometimes have a funny idea of what truth-telling looks like. When we define honesty as being equal to full disclosure, we get ourselves into trouble. After all, Jesus Himself was extremely careful as to what He revealed about Himself, and when, and to whom.

“Now while he was in Jerusalem at the Passover Festival, many people saw the signs he was performing and believed in his name. But Jesus would not entrust himself to them, for he knew all people.  He did not need any testimony about mankind, for he knew what was in each person.” – John 2:23-25

Jesus exercised discretion, which is a vital component of honesty. He refused to cave into the pressure to perform or prove Himself. He did this in order to remain submitted to the Father’s will, agenda, and timetable.

He ministered incognito for His disciples’ sake, too, so they would feel safe in His presence. (I doubt they would have sat around the campfire with Jesus, asking Him questions, maybe cracking jokes, feeling totally at ease—if they’d known He was God in the flesh.)

What does Jesus’ example have to do with the manner in which pregnancy centers reach out to those we serve? Much indeed.

One thing we’ve figured out in pregnancy center ministry is that we can’t trumpet a loud pro-life message and still expect abortion-determined women to walk through our doors. We must go about our mission with discretion, just like Jesus. We do this for the sake of the very people who need us the most (and for their children, who face the greatest risk of all).

So we purposefully choose names for our centers which don’t communicate a message of, “We think you should keep your baby!” We use neutral terminology about pregnancy and abortion as we do outreach to the community.  We spend money on advertising, going where our clients go in order to reach them before it’s too late.

We create waiting areas in our centers which are attractive, but free of baby photos or religious artwork. We separate the areas where baby items are kept from the areas where an abortion-minded client would sit down to fill out paperwork.

We encourage donors to use a different entrance to drop by donations rather than loudly, cheerfully visiting with our staff or volunteers in the waiting area. We keep the client entrance area and waiting room quiet and calm. We recognize that upbeat conversations, laughter, and talk about babies can be jarring to the woman or couple who is troubled by an unplanned pregnancy.

This is how we come alongside those we serve to help them feel safe. This is how we alleviate their fear of being judged. This is how we help them ultimately gain the hope they need to carry their child to term, even if they’re strongly considering abortion when they first come in.

We serve our clients best by not preaching a passion for life in their presence.

Exercising discretion is not necessarily convenient for us. It takes training and repeated reminders. Hey, let’s remember to keep happy chatter out of the waiting area. Thanks!

It may mean we need to restrain ourselves from oohing and aah-ing over baby clothing which well-meaning supporters bring in through the front door. It may mean a quick reminder to stop office conversation when the phone rings, in case there’s an abortion-minded client on the other end.

Sometimes, pregnancy center supporters do not understand this principle of exercising discretion. They may even criticize us for things like giving our center a name that’s not “pro-life-y” enough.

Consider this: Jesus was pressured by His own family members to reveal Himself sooner than He should (John 7:1-6). He wouldn’t do it. Instead, He chose discretion—and in so doing, He accomplished His mission in just the way His Father wanted Him to.

May the Lord help us follow His example of wise, discreet compassion—and may He help us fulfill the mission to which He has called us with the greatest possible effectiveness.