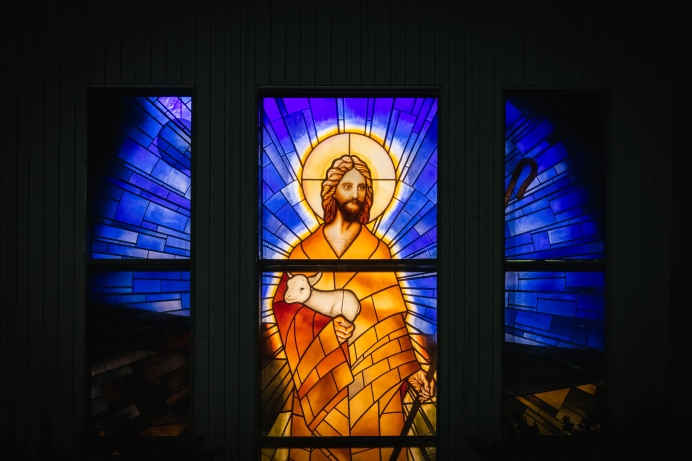 The battle belongs to the Lord

The seventeen-year-old came into our center undecided about the outcome of her pregnancy. The ultrasound provided by our nurse revealed the young woman was about seven weeks into her pregnancy. Upon meeting with her advocate afterward, the girl listened to her pregnancy options, and when asked how she felt about what she saw on the ultrasound screen and what decision she might be leaning toward regarding her pregnancy, she said, “I don’t know, but I think I’ll abort. I’m not that far along.”

Our hearts were heavy that day as the young woman left. For some patients, the ultrasound image and beating heart of her unborn makes a difference. For others, the message of society “It’s nothing but tissue” still echoes through their brains.

This young woman was not the only patient we saw that week who continued along that darkened path of abortion. Another woman, who was closer to nine weeks and even saw her baby move on the ultrasound, told the advocate she still intended to follow through with the abortion appointment she’d made for the next week – when she’d be closer to 10 weeks along. Our advocate and nurse stressed she might be too far along at that stage for the abortion pill, as outlined by the Food & Drug Administration (FDA).

However, recently I’ve seen on Planned Parenthood websites clinics may dispense the abortion pill to women as far along as eleven weeks, touting the method “works 87 out of 100 times.” The British Pregnancy Advisory Service (BPAS) says the abortion pill (made up of two drugs, Mifepristone and Misoprostol) can be used up to 24 weeks of pregnancy, and earlier this month, the U.S. Supreme Court let stand a lower court ruling allowing women to forgo in-person doctor visits to obtain the abortion pill.

These situations are disheartening.

As greater access to abortion is promoted, including pills by mail, and as more abortion-determined women come into our centers and leave with the same mindset, it’s difficult to not get discouraged. It’s also difficult to not be discouraged when you learn social media sites have turned down your ads as you seek to reach more such women and to reach more potential donors – another piece of distressing news my center received the other day.

How do we handle these dismaying situations? By focusing on the Lord.

Tweet This: How do we handle dismaying situations such as greater access to abortion and more abortion-minded women? By focusing on the Lord.

We know we’re in a spiritual battle.

The apostle Paul reminds us, “For our struggle is not against flesh and blood, but against the rulers, against the authorities, against the powers of this dark world and against the spiritual forces of evil in the heavenly realms” (Ephesians 6:12).  Jesus tells us, “In this world you will have trouble …” and James says, “Count it all joy when you are persecuted …” Yet, we are also encouraged by Jesus’ words, “…but take heart – I have overcome the world!” (John 16:33), and by James when he concludes, “…you know that the testing of your faith produces perseverance. Let perseverance finish its work so that you may be mature and complete, not lacking anything” (James 1:2-4).

During chilling challenges and days of discouragement, let us remember we are not alone.

Several years ago, Christian singer/songwriter John Michael Talbot recorded “The Battle Belongs to the Lord.” Taken from Scripture, including 2 Chronicles 20:15 and 1 Samuel 17:47, the song reminds us that God fights our battles.

Some of the lyrics are as follows:

“When all I see is the battle, you see my victory.

When all I see is the mountain,  you see a mountain move.

And when I walk through the shadows, your love surrounds me.

There’s nothing to fear …

So when I fight, I’ll fight on my knees with my hands lifted high;

Oh, God, the battle belongs to you….”

A year of challenge, a time of hope

This year presented many challenges and created great stress within our nation, to our centers, and among the women we serve. As we enter the final months of 2020 and look toward a new year, may we remember the battle belongs to the Lord and victory comes in the end.

God, in whom we have hope, equips us to go forth, helps us persevere, and in His strength, gives us courage to fight with love and compassion.

And the Lord's servant must not be quarrelsome but kind to everyone, able to teach,