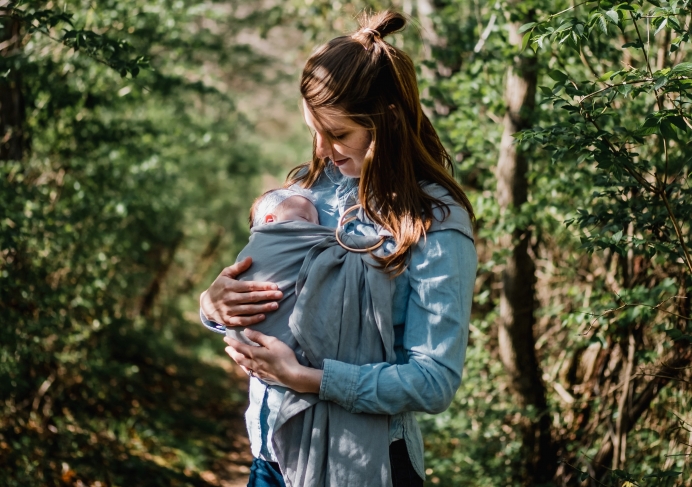 Chronically unethical, the abortion industry stays true to its nature - and yet, there is life.

I remember the “it’s-just-a-clump-of cells” verbiage of the 80s. It equated an unborn child with the skin on my palms, blistered from too much time on the makeshift high bar in my backyard. The wounded skin tore, I pulled it off – and threw it away.

It was, after all, just a clump of cells.

That language soothed the nation’s conscience. It removed ethical concerns about patient number two in the pregnancy - the preborn child - because the child simply didn’t exist.

It was smart marketing. But it was not truthful. And marketing minus truth is unethical.

Even when the science made it undeniable – that life begins at conception - there was no retraction. No, “we got it wrong.” Just more abortions.

The industry that began in 1973 has evolved. But its character is the same.

By nature, abortion is an unethical business. It shows us again and again that it can be no other.

Tweet This: By nature, abortion is an unethical business. It shows us again and again that it can be no other.

Big abortion providers now offer chemical abortions up to 77 days from a woman’s last menstrual period even though both the US Food and Drug Administration (FDA) and the drug’s manufacturer explicitly limit its safe use to 70 days.

Even as it tries to rebrand itself as women’s healthcare, the abortion industry won’t restrain itself for the safety of the woman.

Also violating FDA restrictions, chemical abortions are now provided via tele-health with medications mailed directly to the woman - without any visit to the provider’s office. One judge’s COVID-related decision overruled this FDA safety restriction.

COVID risks do not categorically lessen all other risks. Abortion risks still exist; they’ve just been set aside.

Research trials have also proven an opportune time for the abortion industry to ignore safety regulations. A current U.S. research project allows for children as young as 10 years old to be included in a telehealth abortion clinical trial.

That same organization coordinated another research trial – this time recruiting on the distant shores of the impoverished African nation of Burkina Faso, currently listed as #5 on the UN’s list of  “Least Developed Countries.”

This time, though, African women (and children) were being recruited for second-trimester chemical abortions. Participating women were required to be 13-22 weeks from their last menstrual period –weeks beyond the FDA allowance.

Why take a research trial to a foreign nation? Because American women wouldn’t participate.

With excessive bleeding as a common side effect of a chemical abortion, some questioned the ethics of conducting the trial in a country with limited medical facilities and blood supplies.

Some questioned the ethics? Who wouldn’t question the ethics of this trial?

Mallory Quigley, VP of communications for the Susan B. Anthony List, called this trial a “chemical coat hanger” and questioned, “How is that not a back-alley abortion?

Medical procedures untethered from safety regulations are unethical and dangerous - for Americans and non-Americans alike.

Even the coat hanger symbol – representing the “thousands of women” who reportedly died annually from illegal abortions before 1973 – was based on a lie.

The co-founder of the National Association for the Repeal of Abortion Laws writes, “The number of women dying from illegal abortions [before the legalization of abortion] was around 200-250 annually. The figure constantly fed to the media was 10,000.”

His theory? “Repeating the big lie enough convinces the public.”

And indeed it did.

This intentionally deceitful number - used decades ago to instill the fear of not legalizing abortion – is still used. Inspiring fear over possible abortion rollbacks, Leana Wen, M.D., then president of Planned Parenthood, took to Twitter in 2019 to state, “Before Roe v. Wade, thousands of women died every year.”

These are verifiably fraudulent numbers. But they worked for the abortion movement then and they still influence today. Even without any truth.

The abortion industry is not constraining itself to first and second-trimester abortions. Ten U.S. states currently allow abortion throughout all nine months of pregnancy – all the way up to birth.

That’s beyond the first heartbeat. Beyond viability. Beyond conscience.

Abortion advocates refuse to offer women information about Abortion Pill Rescue® - an empowering option for women who change their minds after starting the chemical abortion process.

Medical research, OB/GYNs nationwide, and over 1000 living, breathing babies and children attest to the legitimacy of this protocol; yet abortion advocates deny women even information about this choice to reverse their abortions.

The abortion industry and its advocates also refuse to acknowledge the abortion/breast cancer link. Despite research indicating a connection, Planned Parenthood continues to label links between breast cancer and abortion as “myths.”

But the American Association of Pro-Life Obstetricians and Gynecologists counter this claim, stating, “Ethical medical practice obligates a physician to counsel a woman considering an abortion that this decision may increase the risk of breast cancer later in life.”

Why inform her? Because that’s what ethical practice does – it tells the truth.

Herein lies evidence again and again – the abortion industry, by its very nature, will not be ethical.

And were this the end of the story, there would be no hope. We vote, we speak, we pray and yet the unethical giant wins and the preborn and their mothers lose. The end.

But it’s not the end.

This is, for us, an Isaiah 40 moment – we do not grow weary because God Himself renews our strength. We will not lose heart. The God of creation cares greatly for His created. And so will we.

We have great reason for hope. And rejoicing.

For the pro-life advocates, pray-ers, policy makers, and medical workers - the unethical behavior of the abortion industry is daunting, but not left without an impressive counterpoint - life.

Standing miraculously against the efforts of this industry giant are the lives that are here – on this earth – this Christmas season. The lives the abortion industry did not get to destroy. The moms and families that will celebrate together this season. The future generations that will see their day around the Christmas tree.

The fight to protect life is at times an overwhelming fight. But it is a good fight.

And we have the lives to prove it.