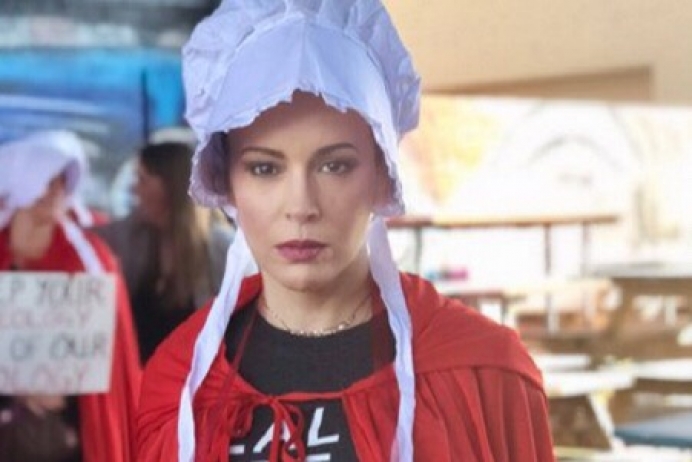 In a viral tweet that received tongue-in-cheek praise from pro-life leaders last week, actress and pro-abortion activist Alyssa Milano called on women to join her in a “sex strike” to oppose Georgia’s latest abortion restriction.

“Our reproductive rights are being erased,” she tweeted. “Until women have legal control over our own bodies we just cannot risk pregnancy. JOIN ME by not having sex until we get bodily autonomy back. I’m calling for a #SexStrike. Pass it on.”

Lila Rose, president and founder of Live Action, called the plan a “great idea,” making a few adjustments of her own:

“Great idea, @milano_alyssa. Small edit of your #sexstrike plan: Don’t have sex unless you’ve chosen to love, honor and serve one person the rest of your life and you’re ready to welcome any babies you create with them ❤️ If we do the world is going to become a much happier, healthier place.”

Abby Johnson, founder and director of And Then There Were None and subject of the 2019 film Unplanned, pointed out the handful of ways in which Milano’s plan would end up backfiring on her. After outlining how her strike would damage the abortion industry’s business model by decreasing its number of potential victims, she added that it would also have a positive impact on students:

“Alyssa Milano’s idea is also more than welcome in our nation’s schools. Her #SexStrike campaign will finally have positive effects across the country as administrators can re-brand abstinence education as ‘sex strike education.’ Liberals should have zero problems with this.”

(Even The Babylon Bee chimed in with a laughable article entitled, "Alyssa Milano Launches Line Of Purity Rings.")

Rose and Johnson are right. Milano’s call-to-action essentially promotes the very thing many pro-lifers and pregnancy help organizations have been encouraging all along: abstinence.

But as Rose points out, Milano doesn’t quite make it all the way to the stunningly beautiful and simple conclusion of what abstinence really promotes. It’s not just a “sex strike” we’re after but healthy relationships. A healthy love and care for oneself. An abiding loyalty to a potential future spouse. And a respect for the procreative power of the act itself and the innocent children it brings forth.

Furthermore, it’s not a juvenile protest meant to pit women and men against one another, but a virtuous discipline that naturally encourages harmony between the sexes.

Tweet This: Abstinence is a virtuous discipline that naturally encourages harmony, trust, and love (not enmity) between the sexes. #sexstrike

And once again, Rose sums this all up perfectly in a couple of well-constructed tweets: 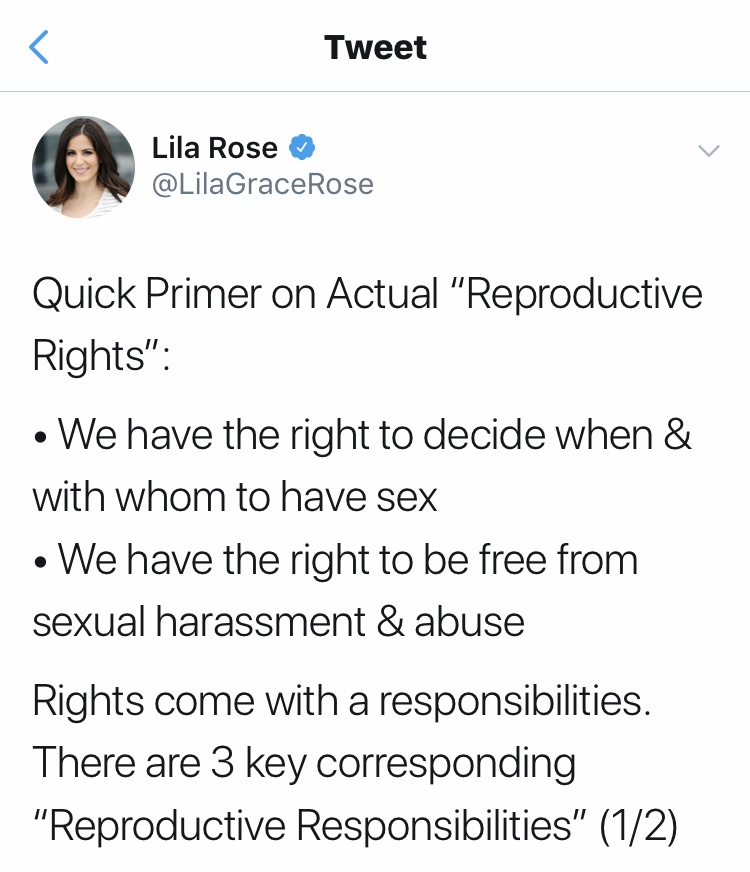 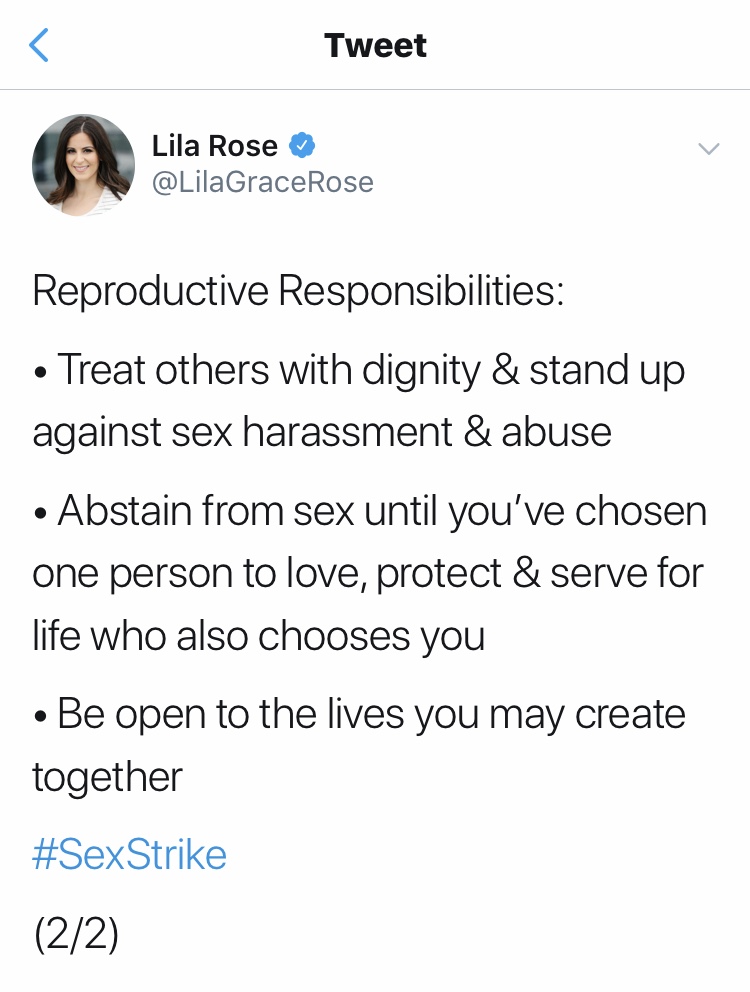 By encouraging women to transform those rights and responsibilities into a political weapon, Milano is only furthering the objectification of their bodies and their lives.