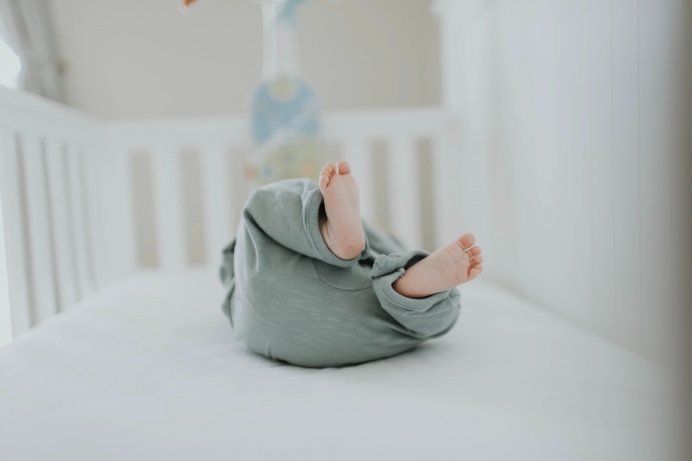 (NRLC) A very vocal 18 month old boy name Oliver stole the show Wednesday as he cooed and sometimes cried his way through the two-hour hearing before the Senate Medical Affairs Subcommittee taking testimony on passage of a bill to require abortionists to give women information about how to reverse the abortion pill if the mom changes her mind.

Oliver’s mother, Manuela Timenez, gave powerful testimony before the five-member subcommittee about her regret immediately after taking the first of two pills (mifepristone) that will induce an abortion. Ms. Timenez said she called Planned Parenthood and asked how to stop the abortion but was told it’s not possible. She went online and searched for information on Abortion Pill Reversal and was referred immediately to Crossroads Pregnancy Center in Greenwood where she got immediate medical help to save her precious Oliver.

The subcommittee gave the bill favorable approval, advancing it to the next step for passing the Senate this year. Voting in favor of S 907 were Subcommittee Chairman Senator Tom Corbin, R-Greenville, Senator Billy Garrett, R-Greenwood, and Senator Richard Cash, R-Anderson. Senator Marlon Kimpson, D-Charleston, and Senator Margie Bright-Matthews, D-Clarendon both opposed the bill.

Ms. Timenez urged the Senators to pass S 907, the Abortion Pill Reversal Bill, so that the abortion industry by law must give women information about how to reverse the procedure when they take the first pill. Senator Garrett, R-Greenwood, commended Ms. Timenez for her testimony. “Thank you for your courage,” he said. “God created that baby for you.”

Tweet This: Oliver’s mother spoke of her regret after taking the first abortion pill and how she found Abortion Pill Reversal and saved her son.

The usual parade of pro-aborts testified against the bill claiming there is no evidence that the abortion pill reversal protocol works or is safe. But they could not counter the testimony of doctors who say they have helped numerous women reverse the abortion pill.

Of particular scientific interest was the testimony of Sally Zaleski, a Certified FertilityCare™ Practitioner of the Creighton Model. She is a member of the American Academy of FertilityCare Professionals. She told the subcommittee members that administering dosages of progesterone in pregnancy “has been in use for nearly 60 years” to prevent miscarriages.

Mrs. Zaleski urged the subcommittee members to pass S 907 “which will provide women who don’t fully understand all of their options with a better level of healthcare through informed consent.”

South Carolina Citizens for Life presented more than two dozen statements of organizations and individuals in favor of the bill including Palmetto Family, South Carolina Baptist Convention, South Carolina Association of Pregnancy Care Centers, and the Catholic Diocese of Charleston.