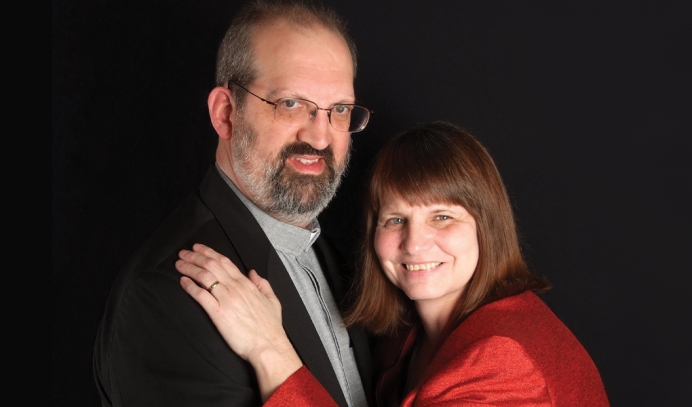 (WORLD) Sam Lee was sitting in a doorway when he met Roberta, a white girl in her early 20s with glasses and long brown hair. She couldn’t get past him, and that was his goal. It was around 1980, and in those early years of the pro-life sit-in movement, Lee was experienced in using his body to barricade abortion facility entrances. He was 23 and had been doing it since 1978.

He probably got in the way of a lot of women, but Lee remembers Roberta in part because of what she said to him. “You don’t understand,” she pleaded. “If I don’t have this abortion, I’ll be kicked out of my boyfriend’s apartment.” She wasn’t angry, Lee said later: “I think she was desperate, and I was in the way.”

Not for much longer. Police soon arrived, arrested him and his friends, and put them in paddy wagons. “She went in and, as far as I know, she had the abortion. Never really did find out,” Lee says. But he points to that interaction and others like it as events that would inform his pro-life work for the next four decades. When faced with other dead ends in his activist efforts, Lee worked to build and support agencies that help women in crisis pregnancies—and he’s seen the fruits.

“How do you answer that? You can’t answer with just platitudes … like, ‘Oh, honey, it’ll be OK,’” Lee muses, remembering the effect Roberta’s words had on him. In the back of the paddy wagon, he talked about it with his friends. They all agreed they had to do something to help women like Roberta. At first, a couple of the female pro-lifers opened their apartment to homeless pregnant women. But the long-term plan was to start a maternity home.

By 1982, Lee and his friends acquired an old convent and opened Our Lady’s Inn. The home’s first live-in house parent was Gloria Fahey, the woman Lee would eventually marry after meeting her on a blind date. Meanwhile, Lee continued his involvement with sit-ins: blocking facility entrances until police arrived, getting thrown into paddy wagons, being processed at police stations, sometimes showing up in court. Police arrested him about 50 times in the six or seven years between 1978 and his last sit-in.

A month after his wedding to Gloria in May 1983, Lee began serving 314 days in a Chesterfield, Mo., correctional institution for visiting abortion facilities in violation of court orders. By the time he got out, he realized spending years in jail for joining sit-ins wouldn’t do much good for the pro-life movement or his new family. So he turned to legislation.

There’s a direct cause and effect between the support for … these agencies and the women’s lives who are improved and the babies who have been saved.

His experience crafting a defense for himself and his friends after their sit-in arrests gave him a natural segue into writing pro-life bills. His initial goal was to protect pro-lifers in court. He designed one of his first bills to make the “necessity” appeal easier for pro-lifers charged with trespassing. (The argument said the evil of abortion outweighed the evil of trespassing, compelling pro-lifers to sit in front of abortion facility doors.) But that bill never passed. His focus expanded to restricting abortion facilities and establishing legal protections for babies. He helped write the Missouri bill the U.S. Supreme Court upheld in the 1989 case Webster v. Reproductive Health Services, along with the state’s heartbeat bill protecting unborn babies with beating hearts. Some legislation he worked on helped close abortion clinics, bringing the statewide number down from 29 in 1982 to one in 2020.

But he says some of the most rewarding work he’s done has involved legislation that supports agencies like Our Lady’s Inn.

In 1992, Missouri elected its first pro-abortion governor since Roe v. Wade. Gov. Mel Carnahan served two terms. “We had a real dry spell,” said Lee. “It was very difficult to get things passed.” So he took a different approach: Instead of pushing bills to regulate abortion, he’d introduce legislation that could help pro-life agencies.

He crafted tax credit legislation to incentivize donations to maternity homes. That bill allowed maternity home supporters to get a reduction in their tax bill of up to 50 percent of what they gave to the agency—government support without the strings that come attached to direct funding.

It failed in 1995 and again in 1996. In 1997, Lee attached it to one of Gov. Carnahan’s priority bills, a sales tax reduction on groceries promised while on the campaign trail. Despite pushback from pro-abortion legislators, Lee’s pro-life allies in the Senate persisted. The bill with the provision for the tax credit passed unanimously in the Senate on the last day of the session, and Carnahan signed it into law.

Gloria Lee, now the chief programs officer at Our Lady’s Inn, says the tax credit helped the organization raise enough money to move into a larger building, then open a second location to house more women. It’s been able to expand services and hire more staff, including trained counselors and nurses.

Sam Lee believes the tax credit and similar pro-life legislation have set Missouri apart as a pro-life haven in the country, and he’s probably right. According to data from Heartbeat International’s worldwide directory, the number of maternity homes in Missouri rivals that of states like New York and Pennsylvania, even though Missouri’s population is around 6 million, less than half the size of those states. For maternity homes per capita, Missouri is neck and neck for first place with Maine, whose population is under 1.5 million.

By now, Lee has been a full-time lobbyist for 35 years. He’s split between two homes, in St. Louis and Jefferson City: From January to May, while the Legislature is in session, Lee lives in his Jefferson City apartment, meeting with state legislators, researching old law, and drafting new bills—sometimes staying up until 2 a.m. to finish a project.

His apartment floor is piled with books and papers. Three bookcases line the wall and more than a dozen stacks of books surround a table he hasn’t used since his grandchildren came for a visit in 2019. It’s not a visually appealing living space, he says, but it’s functional: He’s made a path between the books so he can walk around and open and close the door. He doesn’t mind the mess or lack of decorations on the walls: “What’s important to me is that there’s order in my writing … in the presentation in the law.”

Lee has written and lobbied for plenty of legislation that went nowhere. But he’s optimistic about his work, believing his legislation has helped save lives: “In my mind there’s a direct cause and effect between the support for … these agencies and the women’s lives who are improved and the babies who have been saved. There’s just no doubt in my mind.”

Tweet This: In my mind there’s a direct cause & effect between the support for … these agencies & the women’s lives who are improved & the babies saved.