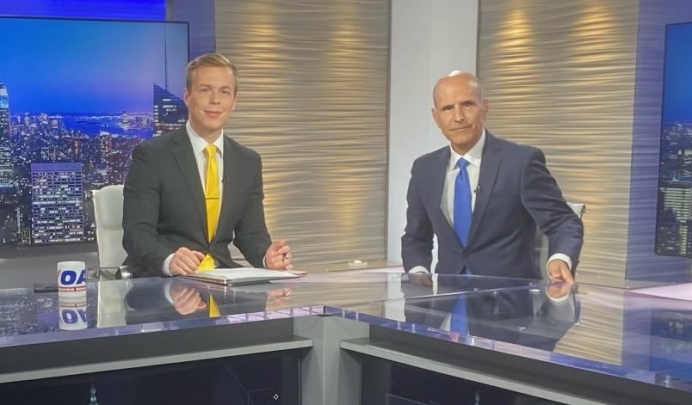 The lifesaving Abortion Pill Reversal (APR) protocol was in the spotlight recently as one of its pioneers shared specifics on cable news.

APR has been in the news since well before the Dobbs v. Jackson Women’s Health Organization decision overturned Roe v. Wade in June. Chemical abortion has been on the rise in recent years, now accounting for more than half of all abortions occurring in the U.S. The abortion pill is also at the heart of abortion proponents’ efforts to preserve abortion access post-Roe, with its delivery simpler than surgical abortion.

Chemical abortion consists of two drugs. The first, mifepristone, blocks progesterone, the natural hormone in a woman’s body necessary for a pregnancy to thrive, effectively starving the unborn child. The second drug, misoprostol, is taken a day or so later, and causes the mother to go into labor and deliver her deceased child.

If a woman takes the first abortion pill and experiences regret, it may be possible to save her unborn child if she acts quickly enough.

Reversal entails prescribing bioidentical progesterone to counter the first abortion drug. It is an update application of a treatment used since the 1950s to combat miscarriage.

More than 150 women call the APRN each month seeking reversal of the abortion pill, Dr. George Delgado explained on a recent broadcast of the OANN In Focus program.

“This is a large number of women,” Delgado said, “and we know that over 3,000 babies have been documented to be born after successful abortion pill reversals.”

People can change their minds, he said, certainly when it comes to major decisions such as having an abortion.

“So, this is something that women need to know about,” he said, “because we know that people make big decisions in their lives all the time and yet change their minds.”

“This is such a profound decision,” Delgado said, “and women who want a second chance at life ought to be given that choice.”

Delgado is the medical director of San Diego’s Culture of Life and Family Services medical practice, president of the Steno Institute and Delgado Medical Consulting, a medical advisor to APRN, and a board member of American Association of Pro-Life Obstetricians and Gynecologists (AAPLOG).

During the interview he discussed a 2018 study he led that showed with the best protocols the success rate for Abortion Pill Reversal was 68%. If a woman takes the abortion pill and does nothing at all there is an at best 25% success rate, or historic control rate, he said.

“There’s a really big improvement in survival,” Delgado said, “and these are babies that are born.”

Abortion proponents claim that APR is that is junk science or that it is unsafe. APR represents a remedy for chemical abortion and demonstrates that women regret abortion, both countering the abortion industry narrative of abortion as empowerment for women.

Delgado addressed the safety issue on the In Focus broadcast.

“Our studies show that there’s no increased risk of birth defects and that there’s actually a decreased risk of preterm delivery,” he said. “So, we think that it’s very effective, very safe, and the women who we’ve talked to are very grateful when they’re given the opportunity to reverse their medical abortions.”

The pro-abortion American College of Gynecologists and Obstetricians (ACOG) has released two practice bulletins stating that mifepristone does not cause birth defects, Delgado pointed out, and this, coupled with the fact that that progesterone is the antidote used in the reversal process, supports the premise of no increased risk of birth defects with APR.

“Progesterone has been used in pregnancy for over 50 years with a very long safety record,” Delgado said. “So, we’re very confident in telling women that if they go through the Abortion Pill Reversal process their babies will be safe.”

Delgado explained in follow-up that this is because mifepristone acts on the placenta and not the unborn child.

Commenting on the question of whether chemical abortion contradicts the call for doctors to do no harm, Delgado said, “People always think about the pre-born baby dying, which is of course the biggest tragedy.”

“But we can’t forget that the woman herself is the victim of the medical abortion complex when she goes through an abortion,” Delgado said. “And pro-life people are protecting the mother too.”

“So, if the mother feels like she has no other choice, she’s boxed in a corner,” he added, “we want to let her know that she has other choices, and that abortion is not her only way out of the situation.”

Tweet This: If a mom feels she has no other choice, we want to let her know she has other choices and that abortion is not her only way out.