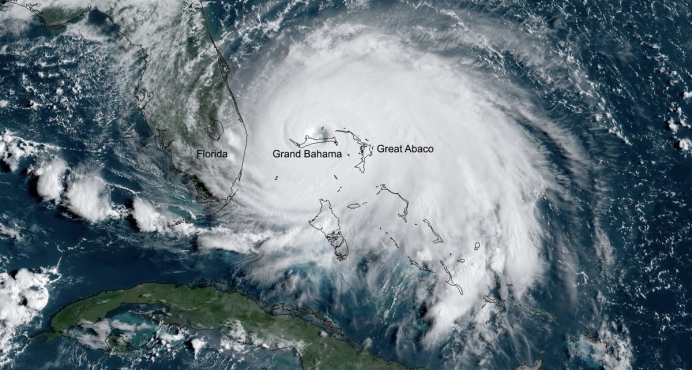 Standing in the Gap: Serving Families in the Bahamas After Dorian

Rhonda Darville, director of The Bahamas GodParent Center, fought back tears while describing the devastation wrought by Hurricane Dorian on the northern islands of Abaco and Grand Bahama where several of her family members lived. The Category 5 hurricane perched on those islands for two horrific days in early September, tearing buildings to matchsticks. It left dozens dead and hundreds missing.

Darville and her staff, while waiting to hear the fate of their own loved ones, struggled to resume helping families and pregnant women in crisis, including the evacuees pouring into Nassau. “We had already made contacts in Abaco and Grand Bahamas,” she said. “We were about to set up satellite offices there. These persons would have been our clients in any event. They're our clients now as evacuees.”

Nassau, the Bahamian capital where Darville lives and works, is located on the island of New Providence and thus escaped the worst of Dorian’s fury, for which she praised God. “It could have been crippling, because this is our [nation’s] hub,” she said, explaining that all news and weather alerts for the Bahamas come out of Nassau.

Her island was already home to roughly 85% of the country’s population. Now the capital has also become a refuge for thousands of displaced survivors.

“The day after we got the all-clear, I was in my office where I could see the US Coast Guard helicopters flying in and out, in and out,” Darville said. From two hospitals behind her office came the wailing sirens of ambulances picking up the newly delivered wounded. “One evacuee said to me, ‘It's so exhausting hearing the helicopters. I wonder who is on that one? What's going on now?’"

After Dorian: Every Pregnancy a Crisis Pregnancy

In the evacuee shelters that have sprung up—perhaps in a gym, a church, a community center, or a tent city—one is likely to find volunteers from the Bahamas GodParent Center, a Heartbeat International affiliate. They have purposely fanned out in order to see and meet needs firsthand.

Darville told her team, “If you see a need out there, you know what we have in our closets and storage rooms. We have these things, so we're going to use them.” 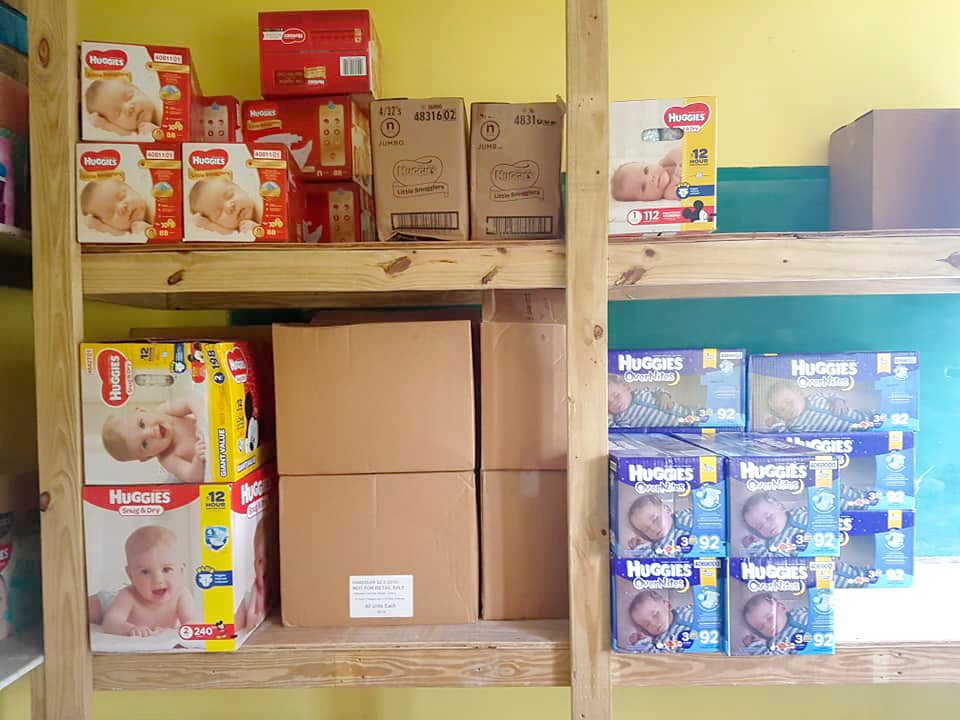 “Our goal is to empty our storage rooms at the center right now,” she said. “We're just going to empty what we have and we know God will replenish it. We're not going to hold onto anything someone else has a need for.”

Reports have reached Darville of women who gave birth to their babies during the hurricane. “Just think about that: they're in labor and they're losing everything too,” she said. “How then do we assist? That's what we do: we work with mothers and fathers and babies. We do that well already, so we will stay in that lane.”

“That's what we do: we serve in crisis, whatever that crisis might be. And this is a crisis in our country. For these persons, how do I make a burden easier? It's a case of diapers, it's clothing. That's one less thing you have to worry about. We can't do everything, but we can do something.”

Tweet This: “That's what we do: we serve in crisis, whatever that crisis might be. And this is a crisis in our country."

“Even our clients have said, ‘How do I help? How do I plug in?’” Darville said. “Those are the kind of clients we have. I guess because it's a small community, our clients have become family, my daughters and sons and grandchildren. It's beautiful.”

While disasters like Dorian can bring out the best in people—like Darville’s staff and clients and the jet-ski-riding Bahamians who rushed to rescue their countrymen—it can also drag out the worst. Darville noted two dangers now stalk displaced people.

“The human trafficking aspect obviously will increase now because we'll have a lot more vulnerable women and children,” she said. At the same time, International Planned Parenthood has contacted the former executive director of its Bahamian offices—closed when US funding dried up—to see if those offices could re-open to draw in expectant parents in their desperation.

“It's like a predator and prey,” Darville said. “Now when people are weak, it's time to strike.” To date, however, those offices remain closed.

By contrast, The Bahamas GodParent Center labors to strengthen displaced persons and help them find hope and stability amid their grief and confusion. Her center has provided essentials like furniture, diapers, and clothing, in addition to personal assistance.

Most evacuees, accustomed to a slower pace on their home islands, find bustling Nassau intimidating.

“It's not just evacuating and going to one’s family members in the same country, but now there's this culture shock,” Darville said. “It’s like coming from farm country to Manhattan. Here I am driving this person around to different schools, and they're freaking out because of traffic—just the road aggression to get from point A to point B. Horns are beeping and all.”

“It's made me move around town differently,” she said. "You know the saying, ‘Treat people kindly because you never know what they're going through.’ We're actually living that because I don't know if you're an evacuee; I don’t know if you sat through the storm. I don’t know if you've lost somebody. It's brought it that much closer to home for us.”

“Some people won't even get the benefit of recovering their family members’ bodies because they've been washed out to sea,” she said. “They'll be missing forever.”

What’s life like for displaced families with young ones? “For my own family member with a six-year-old child, the child feels more helpless than we do,” she said. “He's this ball of energy, and the mom is reeling, asking, ‘What do I need to do? How do I stabilize his environment?’”

Darville helps parents like her own loved ones find answers to these enormous questions. But simply connecting children with schools and providing supplies for today will not be enough. Looking to the future, Darville knows this story has just begun.

“Remember, this is long-term,” she said. “We are at the beginning of hurricane season. Two storms are growing as we speak. And will we rebuild? Yes, we will. But not only are all the houses gone, the cement factory to build the houses is gone. Do you see? Everything must be imported. We are resilient, but we can’t do this alone.”

“I've been learning how small this world really is, and how we're all connected,” she said. “It's a beautiful thing when we can show love. I think the pro-life community has such a powerful message that transcends what we do on a day-to-day basis. I’m thankful that I'm a part of that community because it's been a life-saver in a lot of ways.”