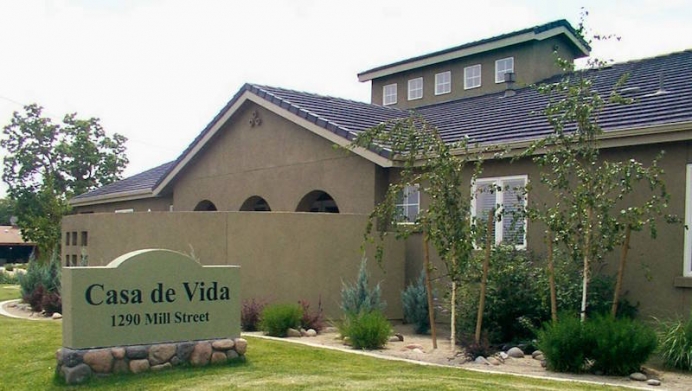 Back in 1982 two women, Patricia Glenn and Terry Ricciardi, responded to a great need in their community in Reno, Nev. and began taking answering phone calls from women in unexpected pregnancies in their own homes on their own time.

When a girl or woman facing an unplanned pregnancy called in, Glenn and Ricciardi would listen to her fears and concerns and provide the caller with counseling and resources to help ensure a healthy pregnancy and baby.

What the duo soon realized however, was that as helpful a service as they were providing, it wasn’t enough. Time and again, these young women were expressing a common concern: homelessness after being kicked out by their parents.

They contacted St. Mary’s Regional Medical Center in Reno, and with the help of a Catholic nun named Sister Peter Damian, they were able to work out a deal in which St. Mary’s rented them a house for just $1 a year.

Tweet This: #pregnant women in #Reno have options, including housing. #prolife #pregnancyhelp @NancyKFlanders

That was how Casa de Vida was born. What started as a simple way for two women to help from inside their homes turned into beautiful community that recently celebrated its 30th anniversary.

“The initial programming was for teenagers who were pregnant and had nowhere else to go,” explained Shawn Vogel, Executive Director of Casa de Vida. “They would come to Casa de Vida for a place to stay, but they would also learn the necessary skills  to have healthy pregnancies and ultimately healthy babies. As the need for this program continued to grow, we extended the age range of the women we serve in order to help as many pregnant mothers as we can.”

The location currently serves eight women between the ages of 12 and 25 in a live-in maternity home. Casa de Vida focuses on helping these women have healthy babies, but Vogel and her team also wants to ensure each new mother picks up as many skills as possible during her stay.

The moms receive training in health, cooking, menu planning, and nutrition, as well as child development and money management. Four nights a week, they attend classes to help develop their social skills, and each Monday, a doula comes to talk about their prenatal concerns.

In addition, Casa de Vida helps them secure housing, healthcare and baby items, obtain their high school diploma or GED, find employment, daycare and a pediatrician, and anything else they may need in order to set themselves up for a positive future.

“During the day the women are either in school, at work, or volunteering,” said Vogel. “Because it can be difficult for a pregnant woman to find employment, we are working with community partners to develop volunteer opportunities in the woman’s area of interest so that these opportunities could help the woman gain skills in that area of interest, or ultimately obtain a job.”

Interns from UNR work with Casa de Vida in the areas of social work, human development, and family studies, and dental students provide classes on the importance of dental hygiene. The women are also connected with doctors in the community.

Volunteers from the community partners combine to each all the classes at Casa de Vida, which has increasingly expanded opportunities for young mothers throughout the home’s existence.

“Twenty-four years later, the services available for young pregnant women have expanded and societal attitudes have changed, but the need for housing and outpatient services has continued,” Brigid Sullivan Pierce, the organization’s board president, said. “As our world has changed, so has Casa de Vida. But, we remain committed to our original mission of confirming the God-given dignity of motherhood.”

When the women are finished with their classes and work for the day, they sit down together for dinner each night. The goal, Vogel says, is to help the residents develop family expectations and social skills. They each also contribute to the household chores, working together to keep the home clean. In essence, they become the family that each of them needs.

Casa de Vida will take in women at any point during their pregnancy, even the third trimester. Young women often find Casa de Vida on their own or are referred to the home by social services, the court system, a hospital, their school, or a local pregnancy help center.

Each year, an average of 25 women will find a home at Casa de Vida.

“I think we’re always most proud of helping these women get on their feet and gain some very important skills so they can be productive mothers,” said Vogel.

Looking ahead to the future, Casa de Vida hopes to begin providing transitional housing services while expanding its outpatient services to become a resource center for mothers and their children from birth through age five.

“It has become apparent to us that, while we still have young women in need of residential services, there is also a great need for continued support of these same young women after their children are born and before they head off to school,” Sullivan Pierce said.