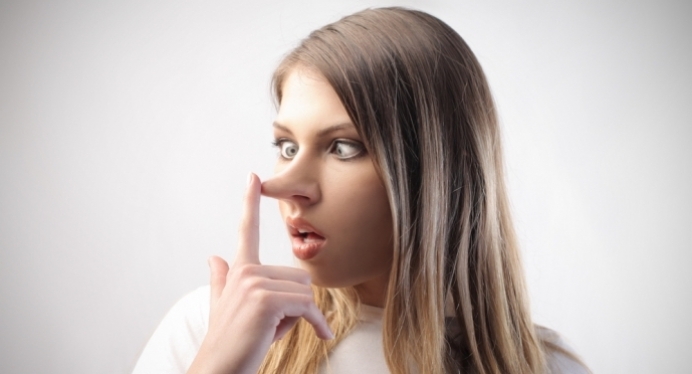 Question Everything, Starting with 1 in 3 Abortion Lie

It was either Euripides, Albert Einstein or George Carlin who said it—hard to determine these things on Google—but the statement is true and worthy of full acceptance: Question everything.

Adherents to this simple precept were unsurprised to find abortion activists’ long-held “1 in 3” claim thoroughly debunked by this week’s Fact-Checker from The Washington Post, which assigned the bogus assertion its highest possible rating of 4 Pinocchios.

As it turns out, saying that one in three women has had an abortion is, to quote the Post, a “whopper.” To which, friends like those at Secular Pro-Life—who’ve been debunking this lie since 2014—say, “What took you so long?”

Drawing as much on thin air as it was a 2011 study from the Guttmacher Institute—a research outfit launched by Planned Parenthood and named after former Planned Parenthood president Alan Guttmacher—the “1 in 3” statistic has been a favorite of the abortion lobby in its ongoing effort to normalize abortion in American life.

Michelle Ye Hee Lee, who wrote the fact-check and had previously given a similar claim 2 Pinocchios, was tipped off to the 1 in 3 statistic after NARAL Pro-Choice America and six other pro-abortion organizations cited it in a letter to NBC’s Lester Holt in the lead-up to the first presidential debate back on Sept. 22.

The stat itself is not only misleading, but the 2008 study it was loosely based upon was itself so tainted by research bias that small, demographic-specific guesses were presented as established and unassailable facts that the abortion industry has pushed as evidence for a demand on its product that simply does not exist.

Yet, if you’re on the edge of your seat waiting for a contrite apology and a course correction from the abortion lobby, you might want to reconsider your expectations. The truth doesn’t seem to matter much to an abortion industry that both began and continues to metastasize on half-truths and whole-lies from its first days until now.

Tweet This: #abortion lobby caught in #1in3 lie, but @NARAL sticking with false narrative. #prolife

From its pre-Roe days of fabricating “back-alley abortion” myths in the bad-old days that never were, to the ludicrous parsing that makes 330,000 abortions a year account for only account for 3 percent of Planned Parenthood services, to the out-and-out lie that Planned Parenthood provides any mammograms at all, the abortion industry won’t let a little thing like the truth slow its profit-driven machinery down.

That much was clear in Lee’s fact-check. Confronted by the spurious nature of the 1 in 3 assertion, NARAL spokeswoman Kaylie Hanson Long started out defending the original claim before moving on to say she wishes “this specific kind of data could be released more frequently, but until that’s the case, we will use this data.”

Actually, Hanson Long might be relieved to know that, if she wants better data, she’s being handed it on a platter. Only problem is, the numbers just don’t back up her narrative. I think there’s a word for that—oh yes, here it is—“lie.”

In addition, Lee notes that the Guttmacher study—such that it was a study—relied on data from “49 reporting areas,” which includes 47 states, Washington, D.C. and New York City.  Three states—California, Maryland and New Hampshire—were not included in the study, because they do not report their abortion totals to government agencies, citizens, or Centers for Disease Control.

During one particularly entertaining 2015 floor session on California’s so-called “Reproductive FACT Act”—a brainchild of NARAL that seeks to force pro-life pregnancy help medical clinics to promote taxpayer-funded abortion to their clients—state senator Holly Mitchell cited her state’s willful ignorance of abortion statistics as a reason to dismiss national numbers kept by Guttmacher and the CDC.

Oddly enough, in NARAL’s only A+ grade on its 2016 Report Card on Women’s Reproductive Rights went to California, which leads the nation in total abortions but does not report a single instance. It seems like the 2017 report card ought to be a good place for NARAL to fight the good fight of transparency and information, if that’s what they’re really after.

Which raises the question—remember, we’re questioning everything—what’s the real purpose behind the 1 in 3 lie?

Pressed further in Lee’s fact-checker, Hanson Long makes the anwer to that question abundantly clear on behalf of her employer: it’s those doggone Republicans:

The broader point made in the letter, Hanson Long said, is that “abortion is a common medical procedure under attack by anti-choice politicians. It’s a procedure that must be respected and available, given there’s a clear need for it for so many women in this country. . . . The issue of abortion access should not be pushed to the sidelines — it should be a central part of any discussion of how to help women become full partners in society.”

And, there’s our answer. No amount of fact-checking and truth-telling is going to get NARAL or Planned Parenthood off their lie-based strategy.

After all, take away the lie, and what do they have left?