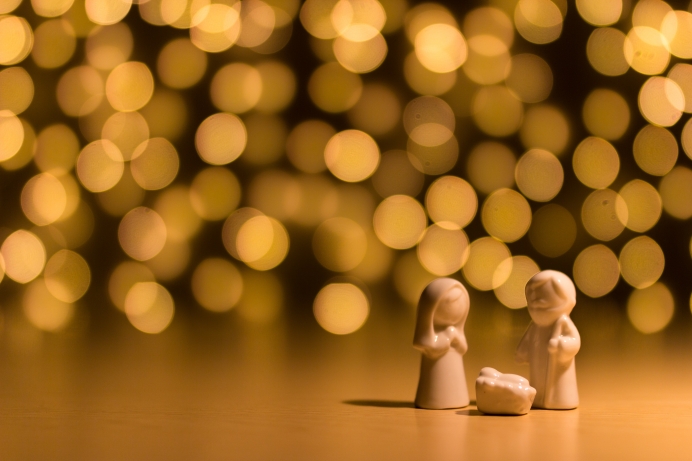 Joblessness, homelessness, abuse, drug addiction, and sex trafficking. These are all circumstances that could have otherwise compelled a number of Canadian women to seek an abortion.

That is, if it weren’t for a number of pregnancy help centers that were there to help them in their time of need.

This month, Choice42, a pro-life education organization in Canada, brought these stories to light through its annual Christmas Sponsorship Program, a project designed to benefit babies and moms in need of support.

Working with pregnancy help centers and maternity homes across the country, Choice42 identified 10 clients in need of some Christmas cheer. On December 1, the Choice42 team launched an Amazon gift registry for each woman, inviting supporters to purchase much-needed baby and maternity items, including strollers and cribs.

The very next day, all 10 registries—amounting to $12,000-worth of resources—were bought out.

With generosity like that, women like “Rose” have been gifted a glimmer of hope this Christmas season.

Rose has had a heartbreaking life filled with abuse and trauma. Encouraged into prostitution by her own mother, Rose spiraled into a deep depression and heavy drug addiction. Her now 10-month-old daughter was conceived by rape.

The rapist, whom she knew, then tried to force her to have an abortion after he found out she was pregnant. No charges were ever pressed.

Rose states, "Even though I was raped, I thank God every day for my daughter. She is the greatest gift I could ever receive. She was the wakeup call I needed to get my life straight after years of heavy drug use."

Rose lives in serious poverty and struggles with day-to-day tasks due to depression, but has enthusiastically plugged into her local community. She is learning new skills and is committed to being the best mom she can be. This is such a blessing to her!

“Danielle” is another woman who’s been blessed by Choice42 supporters this Christmas.

“Danielle was hospitalized with extreme postpartum depression after the birth of her second child,” the Choice42 website says. “This strained her relationship with the father of her first son, and her visitation schedule with her son. With little to no support, Danielle felt hopeless. Given the opportunity to stay in a maternity home, Danielle is thriving and learning to care for her sons and herself. She loves her boys and is so thankful for the support of her community.”

Laura Klassen, founder of Choice42, says her organization runs registries throughout the year for women like Danielle and Rose.

“People buy those (registries) out really fast, but I didn’t realize that posting 10 at once would get bought out just as fast as us doing a normal one,” she told Pregnancy Help News, noting that the registries mainly listed essential items.

“We mostly focused on essentials and needs, so it’s not like it was a Christmas wishlist-type of thing,” she said. “It was for 10 women who were really struggling, so there were a lot of household items and, of course, things for the baby.”

Klassen said that one woman, “Anna,” is pregnant with twin boys. Anna had two cribs on her registry, and through the generosity of project supporters they were both purchased for her.

Other women, having no cars for transportation, found themselves in need of jogging strollers.

“They were going to be going through a lot of snow, and up here in Canada, tiny wheels don’t cut it,” said Klassen. “They were the cheapest big-wheel strollers, and so they were still coming to around $400. And people just bought those out. It was crazy.”

The extraordinary circumstances that surround many of these women’s needs make the generosity of Choice42’s supporters that much more impactful.

“The actual stories as to why we chose these women are so heartbreaking,” Klassen said. “These truly are the most in-need people, and their stories are just heartbreaking.”

In particular, she’s been surprised by the number of women who’ve managed to leave the sex trade and find help at a pregnancy center.

“The whole sex trafficking thing is really rampant,” she said. “But it’s really great to realize that the women who are coming out of the sex trade, they’re connecting with the pregnancy resource centers. That’s amazing. That’s exactly what you want to have happen, right? So at least that’s working well in terms of the recovery side of things.”

Tweet This: ”It’s really great to realize that the women who are coming out of the sex trade, they’re connecting with the pregnancy resource centers”

Klassen says that since all of the packages were bought using Amazon Prime, the women should already have all of their items by now, well ahead of Christmas.