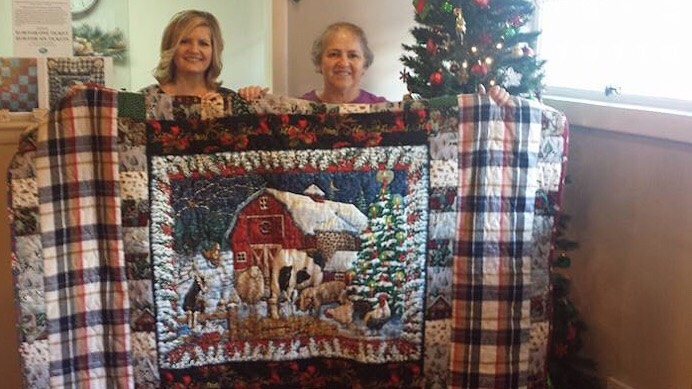 Scripture tells us Mary wrapped newborn Jesus in swaddling clothes as he lay in a manger. Quite like that precious swaddled babe, one Missouri resident will stay snug this winter, shrouded within the warmth and beauty of a handmade Christmas quilt, created by none other than the inmates of a local prison.

A fundraising project for the Pregnancy Resource Center of South Central Missouri, the “Fatherhood Christmas Quilt” was raffled this month in the hopes of advancing the center’s fatherhood initiative

“The idea came from a volunteer who teaches life skills—she had a connection with the prison,” said center director Debra Stockard. “They did a wonderful job!”

The quilt was crafted in less than two months by fathers and sons serving at the South Central Correctional Center. It depicts a snowy farm scene, complete with a glowing Christmas tree. 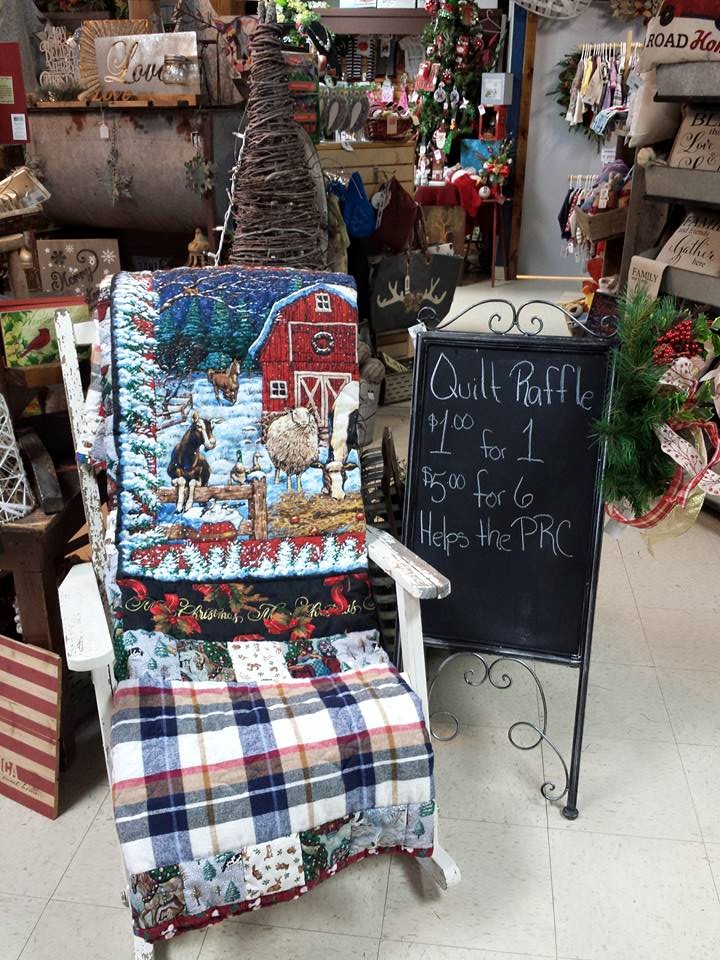 The Fatherhood Christmas Quilt on display at one of the local stores where it was raffled. | Photo Courtesy: Debra Stockard

“We use Earn While You Learn program with all of our female clients, which has been successful for us, and the fatherhood material is also offered through this program,” Stockard continued. “We would like to offer the fatherhood program once or twice a month, since we will have a male leading this class and it’s only a volunteer position. We will offer it as a group or one-on-one session if they prefer.”

There are ten fatherhood sessions in this program. Topics include discipline, role-modeling, and spending time as a family. The men who participate will earn “Baby Bucks” to spend in the center’s boutique, as with the other classes offered, she said.

The center began a fatherhood initiative in the past, but that program focused more on a man’s relationship with God, Stockard said. Although the material was good, she said the program didn’t meet the basic needs of new dads: how to be the best father possible.

“The new fatherhood program is simpler and gives practical advice on how to be the dad their children need,” Stockard said. “The lessons are reinforced with matching homework and literature.”

Open less than three years, the PRC of South Central Missouri resides about three hours south of St. Louis in Houston. Stockard conceived the idea of a pregnancy center in this community of less than 2,500 after talking with her sister and reading a book on how to start one.

“I was a church secretary, and I had never heard of a pregnancy center before,” Stockard said. “God began to work on me to start one in our community. I talked with the pastor for whom I served as secretary and the pastor of my own church. We prayed about the idea for months.”

Medical from the start, the center offers pregnancy testing, STD testing, and ultrasound for women with positive pregnancy tests. Only two people, including Stockard, are paid staff members; three volunteers serve faithfully. The center is currently looking for a nurse after the former one moved. Annually, the small staff offers more than 200 clients medical and pregnancy options services, classes, resources from a baby boutique, and post-abortion counseling. Plus, they provide an in-school program for teens called I Am Enough.

Impacting women, girls, boys, and young men in her small town fills Stockard with hope, despite challenges such as staff shortages. She finds joy as new partnerships develop, even in some of the least likely of places.

“I’m so excited that the prison would partner with us, and I’m excited to see the men’s hearts for doing this,” Stockard said. “We have been so blessed.”